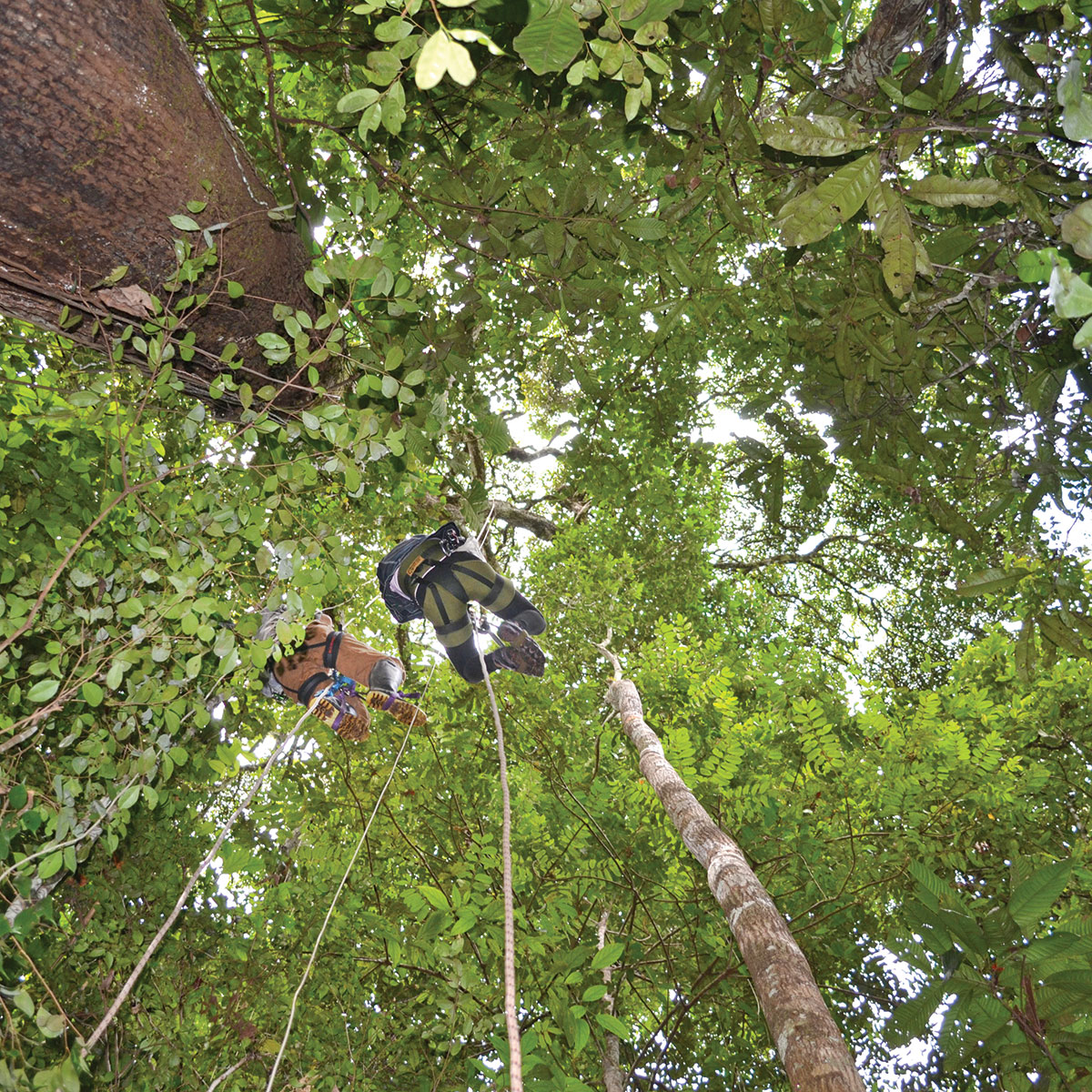 When you dream of saving plants for a living, you don’t expect to wait for tribal elders to rule on whether you can get started…or to sleep in the sage-scented high desert on your first camping trip ever…or to walk through the woods to spray your hand-raised seedlings with a deer repellent that smells likes rotten eggs and garlic.

But when you are driven by a passion for plants, you do whatever it takes to move forward, said three alumni of a graduate program offered by the Chicago Botanic Garden and Northwestern University. The two institutions combined their resources in 2005 to offer a unique program in plant biology and conservation; the program marks its tenth anniversary this year.

Students take courses at both the Chicago Botanic Garden and Northwestern University and work with researchers and faculty from both institutions. Alumni of the graduate program—which includes a doctoral track—are working for nonprofits and agencies including the Field Museum, the Morton Arboretum, and the U.S. Environmental Protection Agency, and participating in research projects in places including India, China, and Malaysia.

Here are the stories of these three graduates from the master’s program:

Tracy Misiewicz’s research project was on hold, while the village elders poured fermented rice wine into the ground. During the ceremony, in the western mountains of Cameroon, the elders chanted in Bakossi, a Bantu language, asking their ancestors if Misiewicz—a native of Maryland who decided to become a scientist in the seventh grade—could enter the rainforest. Then the elders threw down a handful of cacao nuts to see if they would land in a certain order. They did; the ancestor had granted permission.

And that, recalled Misiewicz with a delighted laugh, is how she began her fieldwork in Cameroon. With her sister as a research assistant and their Ngomboku neighbor—a basket weaver—as a guide, Misiewicz trudged through the forest to look for Dorstenia, the second largest genus in the moraceae (mulberry) family. Dorstenia species—some of which are considered threatened or are already extinct—are used by indigenous people for medicinal purposes and show promise in their use in modern medicine. As part of her master’s thesis, Misiewicz looked at the family tree and evolutionary history of some species within the genus.

In Cameroon, Misiewicz and her sister learned how to cook local dishes and dance to local music. “You really get to know the people and the culture,” said Misiewicz. “When we left, we were crying, and the ladies in the village were crying.”

For her master’s research at the Garden, Misiewicz worked with adviser and Garden scientist Nyree Zerega, Ph.D., and Garden conservation scientist Jeremie Fant, Ph.D. “They are two of the smartest and nicest and most supportive mentors I could have had,” said Misiewicz, who went on to get her Ph.D. at the University of California, Berkeley. “They made science fun. They made me understand that when your experiment didn’t work out or things are going wrong, it’s OK. I learned to overcome and move forward and still love science…at Berkeley, my experience was wonderful, but there were times where I was like, ‘What am I doing? I’m not having fun. Nothing is working.’ Always, I would think back to my experience at the Chicago Botanic Garden, and think, ‘I love science.’”

Misiewicz now works as a science project specialist for the Organic Center, a nonprofit organization in Washington, D.C., that focuses on research and education projects related to organic food and farming. The job is a good fit—she loves policy, science, and thinking through problems. “I think science is sort of like cooking in that you can follow a ‘recipe’ and learn to extract DNA,” Misiewicz said. “That’s not the hard part. It’s the thinking critically and creatively and problem solving, and understanding what’s going on. That’s what I really took away from the Garden…I learned how to think.”

Alicia Foxx hit the ground running when she started her master’s degree program, under the supervision of Andrea Kramer, Ph.D., a conservation scientist at the Garden. “The second time I met her,” recalled Foxx, “we were getting on a plane” to work on a research project in the Southwest.

The two of them drove and camped in the high desert of the Colorado Plateau, which covers parts of Utah, Colorado, New Mexico, and Arizona, including the Grand Canyon. Foxx, a native of Chicago, had never slept outside or seen mountains before. And she had never seen the way that invasive species could choke out native plants, including bunch grasses and wildflowers.

“On paper, it was a very interesting subject,” Foxx said. “You’ve got invasive plants that are taking over the West. But I think seeing how there were pretty much one or two [native plants left] in a very large landscape and how we’re losing the plant diversity that we really need to gain back was very different than just learning about it. It made me think, ‘This work is really important.’”

Originally, as an undergraduate at Elmhurst College, Foxx had planned to become a veterinarian—until she worked with her advisor, a botanist, on an invasive species project. “I just loved it,” she said. “I thought, ‘This is really interesting, and plants are really cool.’” One day, while looking up a list of invasive plants on the Garden’s website, something else caught her eye. “I thought, ‘Oh, there’s a graduate program there?’ So I clicked on the link.”

Foxx was accepted into the Garden’s master’s program and, in June 2012, made the weeklong trip with Dr. Kramer to the Colorado Plateau. With a team of researchers, they gathered the seeds of promising native plants—those tough enough to thrive in harsh conditions—as part of the national Seeds of Success collection program.

For her master’s thesis, Foxx studied native species that may be able to compete with cheatgrass (Bromus tectorum), an invasive species in the Plateau. Now, she is a doctoral candidate in the plant biology and conservation program. “I am so excited about working at the Garden for another five or six years,” she said. On some days, especially in the summer, she gets to the Garden an hour early to visit favorite spots, including the English Walled Garden.

Someday, Foxx hopes to have a role similar to Kramer’s, as both a researcher and an advisor. “Andrea is a very intelligent researcher who thinks of rather elegant research questions,” Foxx said. “On the advising side, she is very kind, understanding, and patient, and this has helped me to grow as a scientist.”

As an undergraduate at Northwestern University, Byron Tsang—now a project manager and ecologist with the Chicago Park District—was a chemistry and biology major. Tsang, who grew up in Atlanta, thought he might go into some sort of disease research, specializing in immunology and diagnostics. But something else tugged at him.

With a passing interest in ecology, Tsang took some field ecology classes and volunteered to work on the North Branch Restoration Project. (The organization helps protect and restore native Illinois ecosystems along the North Branch of the Chicago River.) And on vacation in New Zealand, he happened to learn about a challenging ecological problem—a common weed was taking over pastureland needed for sheep. When he finished his undergraduate studies and decided to pursue a master’s degree, Tsang had settled on a new field: plant biology. “I thought, ‘Hey, I could actually do this for a living,’” Tsang recalled.

Tsang wasn’t sure what his master’s thesis would be about, but he knew that he wanted to focus on a local problem. “I ended up falling in love with midwestern ecology,” he said. His adviser, associate conservation scientist Daniel Larkin, Ph.D., steered him to the Garden’s Jim Steffen, a senior ecologist. Steffen, who is leading restoration efforts in the Garden’s McDonald Woods, mentioned an intriguing question: why had two native wildflowers—pointed-leaf tick trefoil and violet lespedeza—failed to take off in the Woods? (The two legume species had been able to grow in other area oak woodlands; both are indicator species that appear in healthy woodlands.) Tsang took on the question as his master’s thesis; as part of his research, he sprayed young seedlings in the woods with a smelly deer repellent.

Tsang’s connection to the Garden has continued in his work for the Park District’s Department of Natural Resources. When he heard about a Garden project to evaluate urban nature pockets—as part of its Research Experience for Undergraduates (REU) program—he realized that the Park District had a similar goal. This summer, he hopes to work with an REU intern in the Park District’s natural areas.

“My experience studying at the Garden really set the stage for my career as an ecologist,” Tsang said. “I learned a great deal about the intricate and often delicate ecological relationships that tie Chicago’s natural areas together, but equally important, I built invaluable personal relationships with academics, scientists, and restoration specialists in the Chicago area, all of whom I consider my colleagues and co-conspirators in my ongoing work at the Park District.” 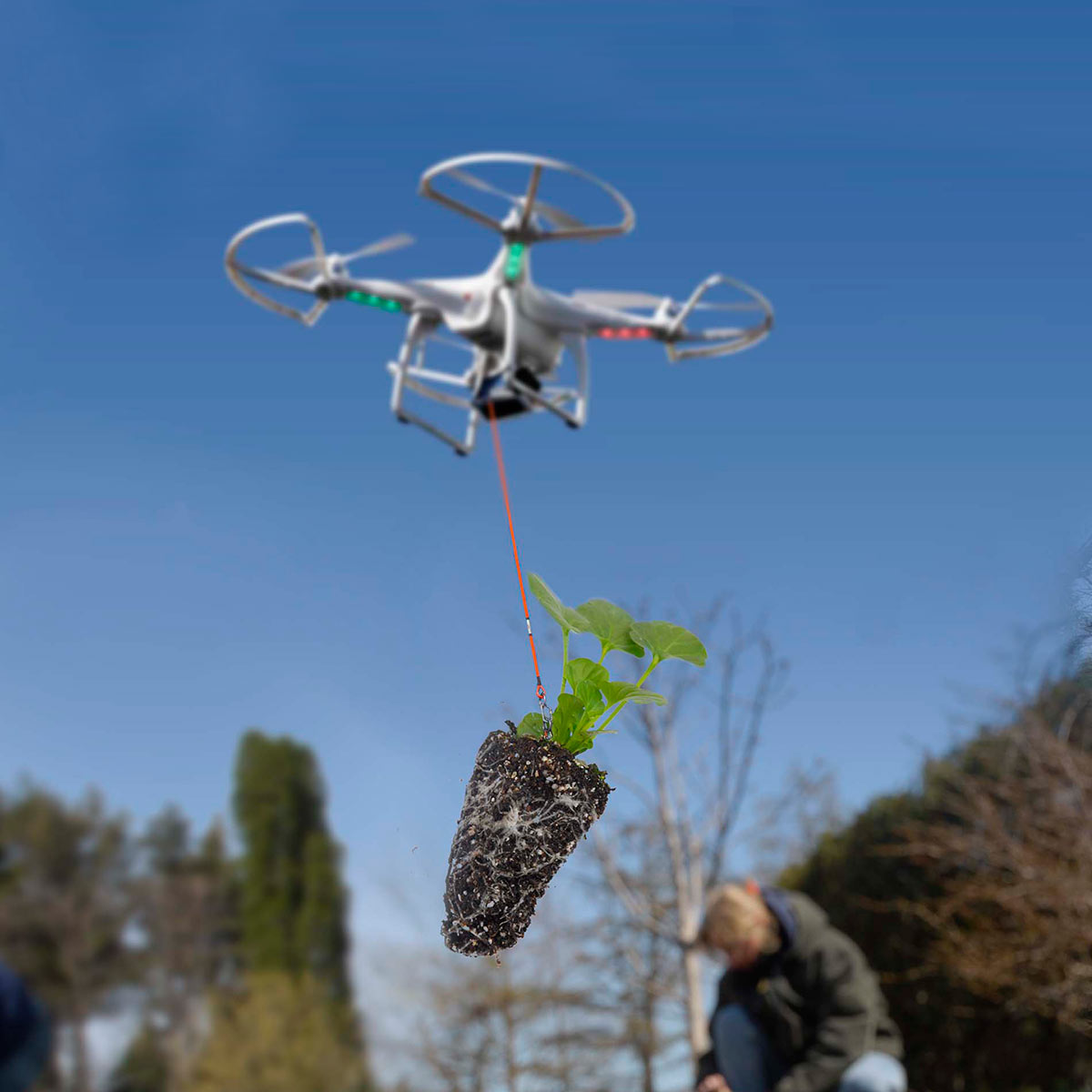 Love spring, but hate all that heavy lifting in the garden?

Tell us about it! That’s why we developed the PlantDropter™, our new remote control planting assistant.

We tell it which plant we want to move, program the coordinates for a particular garden, and it does the carrying for us!

Staff is raving about the ability to travel “as the crow flies.” With 250,000 plants to put in this year, you can imagine the efficiency of the PlantDropter™! The only issue so far: it drops just one plant at a time.

For more information or to order yours today, click here! 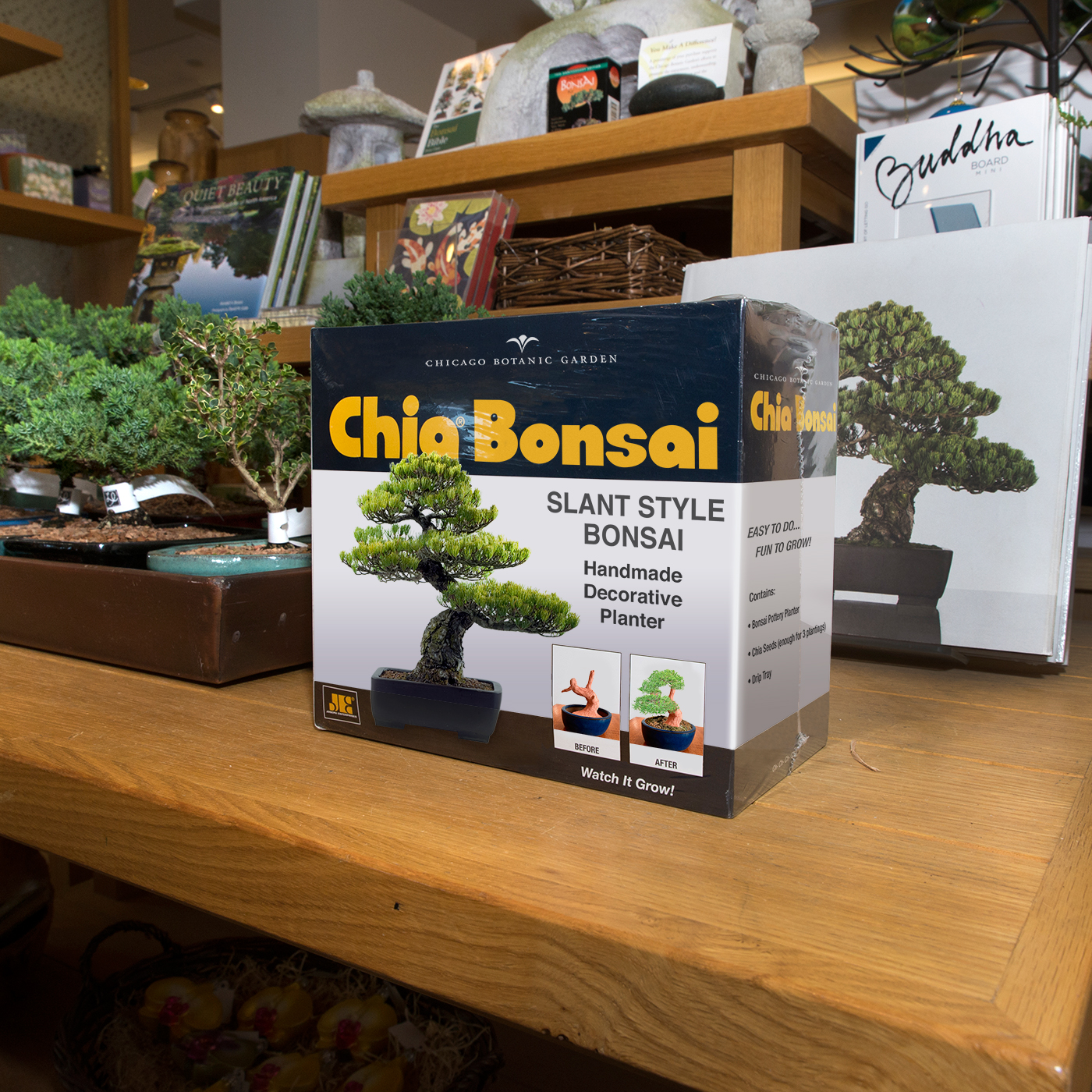 Why wait 5, 10, even 20 years for your bonsai to be perfect? With our new Chia® Bonsai kit, you can have a picture-perfect, healthy, brilliant green bonsai in days instead of decades!

The kit comes with everything you need: authentic-looking tree trunk base, saucer, moss—and, of course—thousands of chia seeds!

Immediate success sprouts in just days! The instructions that follow are simple:

For more information or to order yours today, click here!