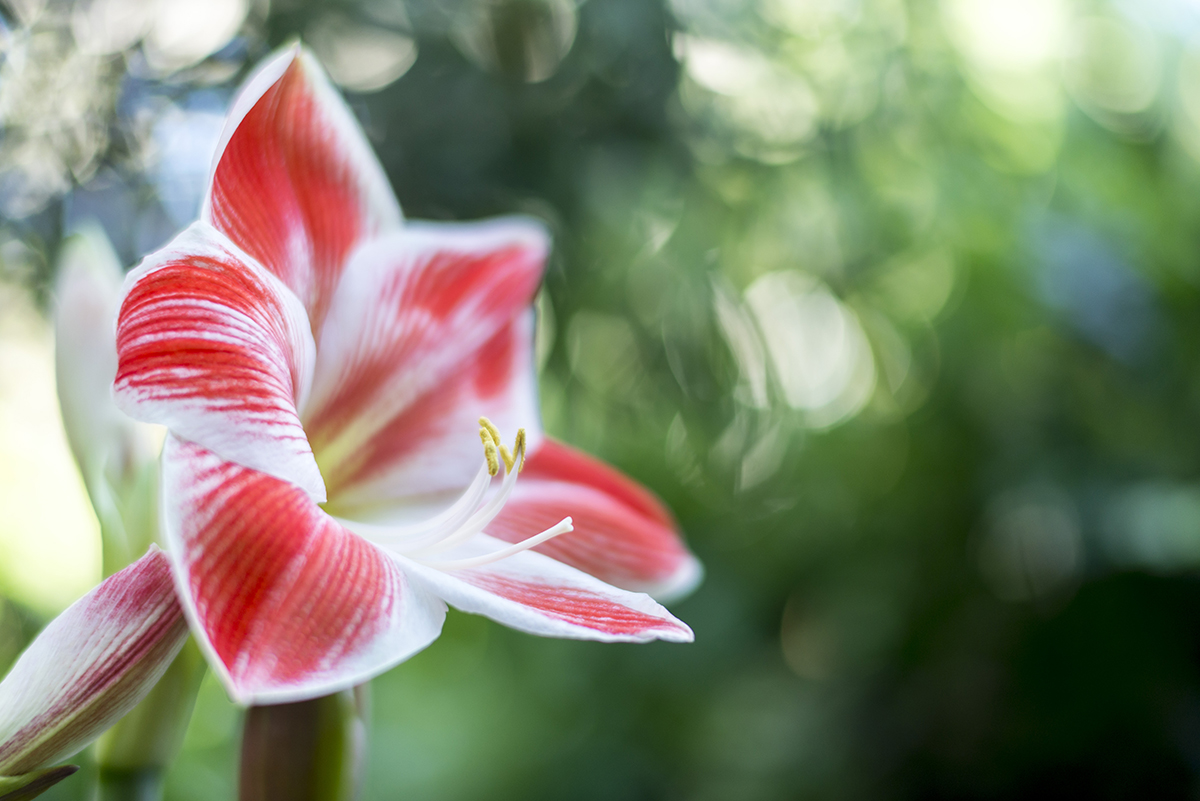 Holiday plants and flowers make great gifts for everyone on your shopping lists. They are perfect gifts for family members, the host and hostess of the holiday parties you attend, and of course, are beautiful for decorating your own home. Plus, they can be enjoyed long after the holiday season is over, adding color and life to your home on chilly winter days.

But getting your plants to last longer will require a little special care. Here’s how to take care of the most popular gift plants, both during the holiday season and long after.

Poinsettias (Euphorbia pulcherrima) appreciate bright light away from heating vents, fireplaces, and drafty windows or doors. Maintain even moisture (but avoid soggy soil); plants will wilt dramatically if allowed to dry out. The plants should never be allowed to stand in water for more than 20 minutes if possible.

Poinsettia plants can be a challenge to keep year-round, and most gardeners discard the plant after the holidays. However, those trying to force a rebloom the following season can follow these guidelines:

Amaryllis (Hippeastrum) bulbs should be potted up in wide, squat containers using a soilless mix. Allow the “shoulders” of the bulb to remain above soil level; water well once and then allow soil to dry out before watering again. Keep the pot away from direct sunlight, drafts, and heating vents.

Cyclamen plants prefer quite cool indoor conditions. Water only when the soil dries out, and avoid splashing water on foliage.

Azaleas require moist soil, bright light, and occasional misting. They perform best if kept in cool locations. Flowers will remain for months if old blossoms are quickly removed, the plant receives adequate moisture, and it is kept in cool conditions.

Phalaenopsis or moth orchids prefer warm rooms in bright, but not direct sun. Moth orchids will bloom for months, but sudden temperature changes can cause the plant to drop buds. Remove drying buds to maintain the beauty of the plant. Orchids potted in fir bark generally require once-a-week watering. Those in potting soil can be watered less often.

Ivy topiaries are popular holiday plants that can last for years if given proper care.

Paperwhites (Narcissus papyraceus) may require a cage or a ring of raffia tied around them to keep them from flopping as they grow. If purchased as bulbs, grow them in a shallow dish filled with pebbles rather than soil. Arrange the bulbs close together and cover them with pebbles, with just their tips exposed. (The weight of the pebbles helps to keep them from falling to the side as they grow.) Water just enough to encourage root growth, not soaking the bulbs.

Paperwhites can be discarded after blooming, as they are not hardy to be planted outside in your garden. 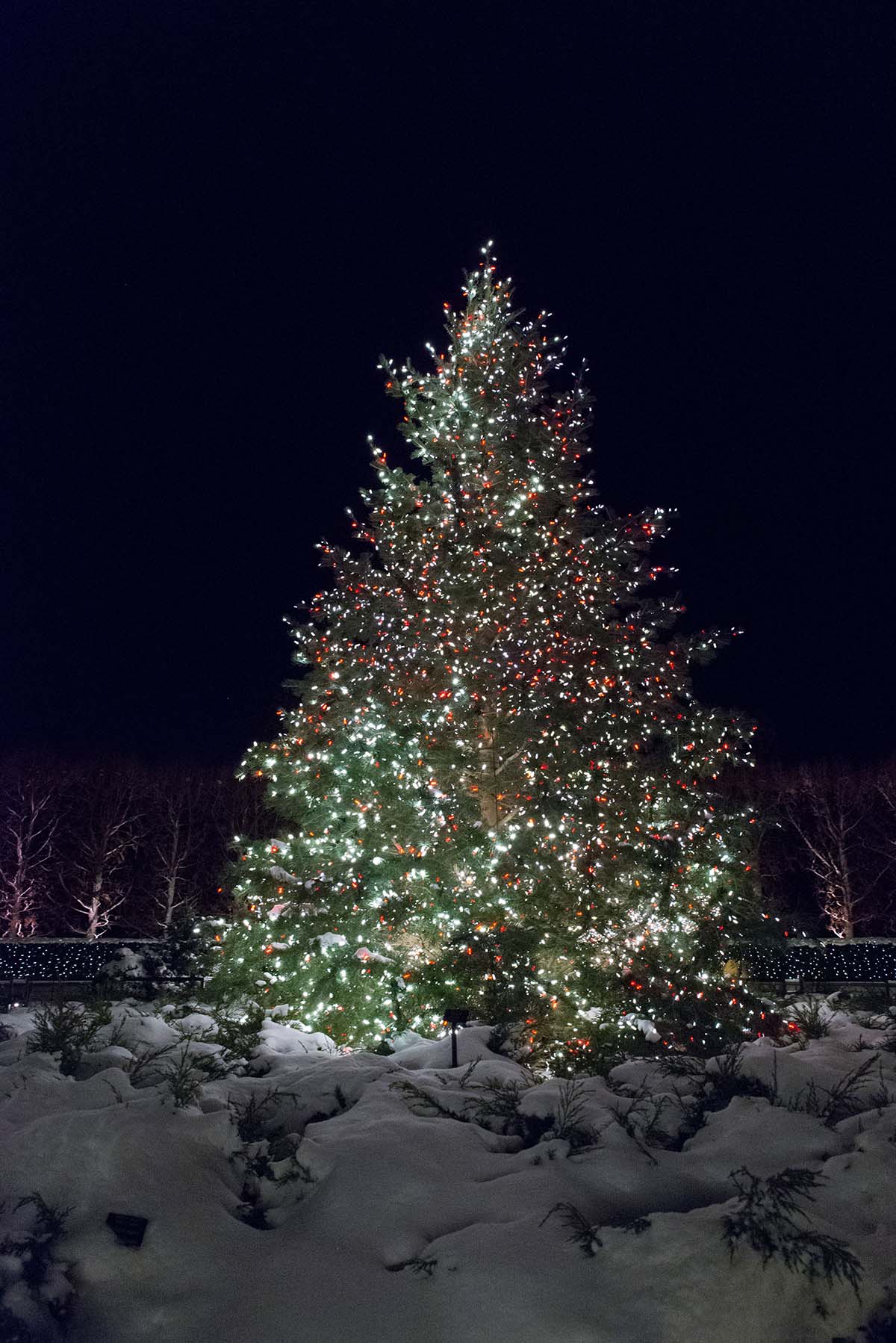 Christmas tree lots carry a dazzling array of trees ranging from fragrant balsam firs (Abies balsamea) to shimmering Colorado blue spruces (Picea pungens). With so many choices, how does one choose?

The three most commonly encountered groups of Christmas trees are firs, pines, and spruces.

The most common firs available are Canaan fir, noble fir, and balsam fir. All make terrific trees with a classic piney fragrance. They feature dark green needles (often with silver undersides) and are known for their rounded needles, which minimize injuries. They’re among the longest-lived Christmas trees and most resistant to needle drop. The main downside is that some varieties can be very expensive.

Spruces come in colors ranging from dark green to icy blue, but they all share one thing in common; incredibly sharp needles. While they make terrific trees for outdoor decorating, they do not hold up very well to the dry air indoors. If you select a spruce, it is critical that it is kept away from any sources of heat that might dry it out. The branches are strong and can support ornaments well, and their color range is quite appealing. When used properly, spruce can be an excellent plant for holiday decorating.

Pines are another popular Christmas tree. The most commonly available pines are white pine and Scots pine. Pines feature long needles and tend to have a more clumpy look on the branches so the overall effect is less formal than the firs and spruce. The branches are generally more stiff than other evergreens, which makes them great for hanging ornaments. The biggest downside to pines is that they often turn a duller green for the winter. Many tree lots dye them a darker green to make them more attractive.

As you can see, every type has its pluses and minuses, but a few things hold true no matter which type of tree you select: 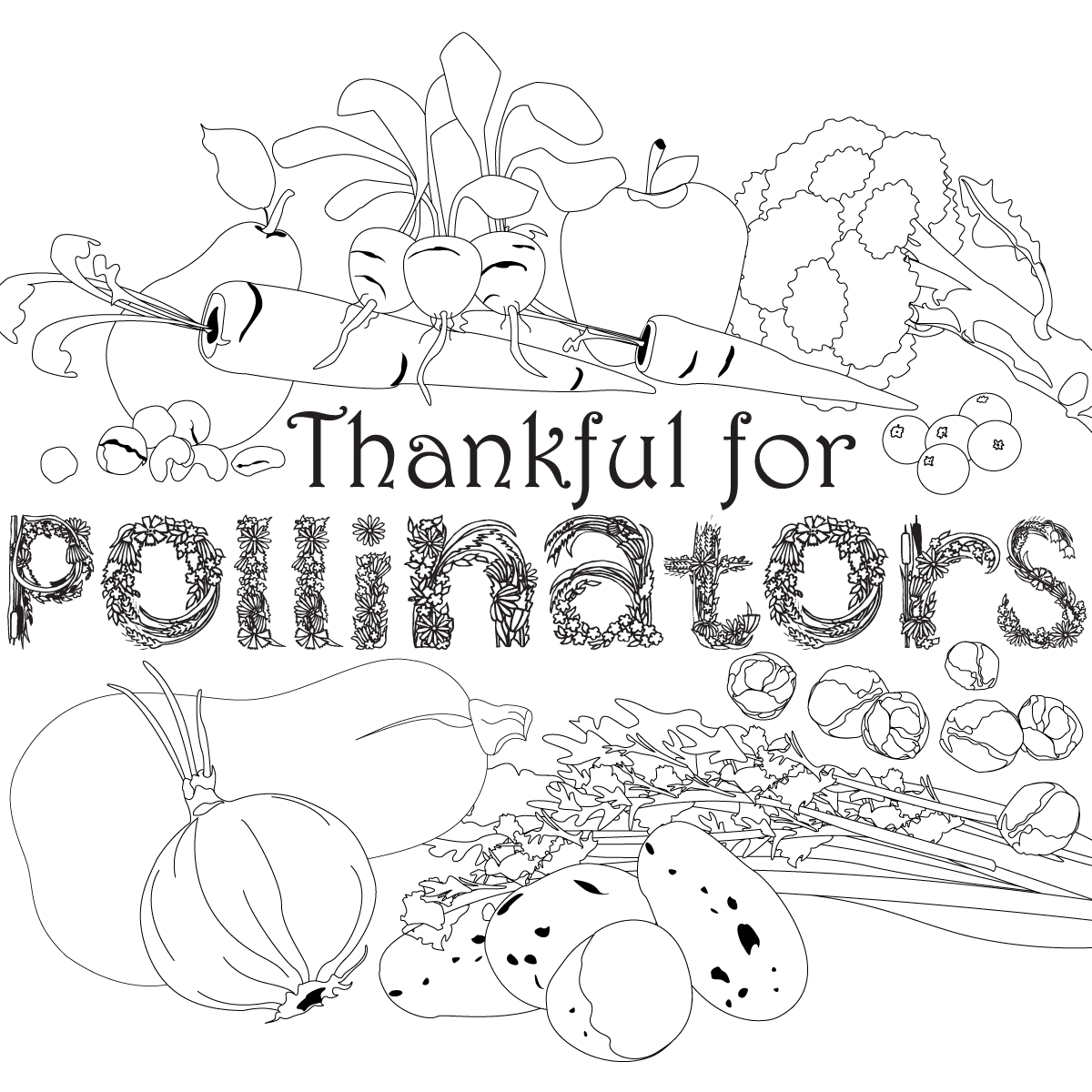 Thanksgiving is here again, and we at the Chicago Botanic Garden are thankful for all the pollinators who make our food possible, every day, around the world. Bats, bees, butterflies, birds, and more pollinate plants that create one-third of the food we eat.

As you enjoy a meal with friends and family, take a moment to say thanks for the little things that make such a big difference—pollinators! 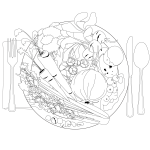 Draw and color the foods you are eating on our placemat. Check the answer key to see who pollinated them. Then, fill the Thanksgiving plate by drawing and coloring the foods—fruits, vegetables, and spices—that were brought to you by pollinators. 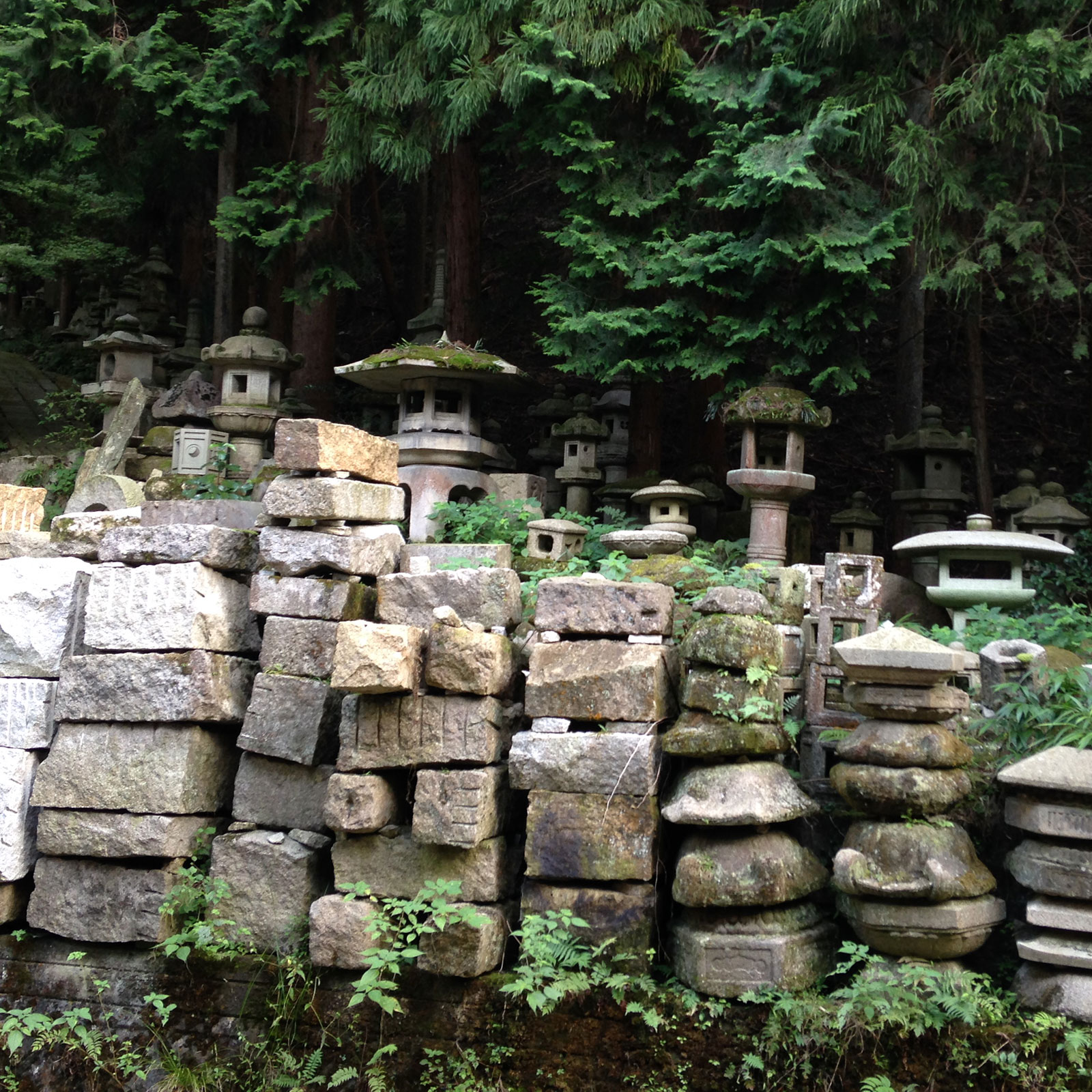 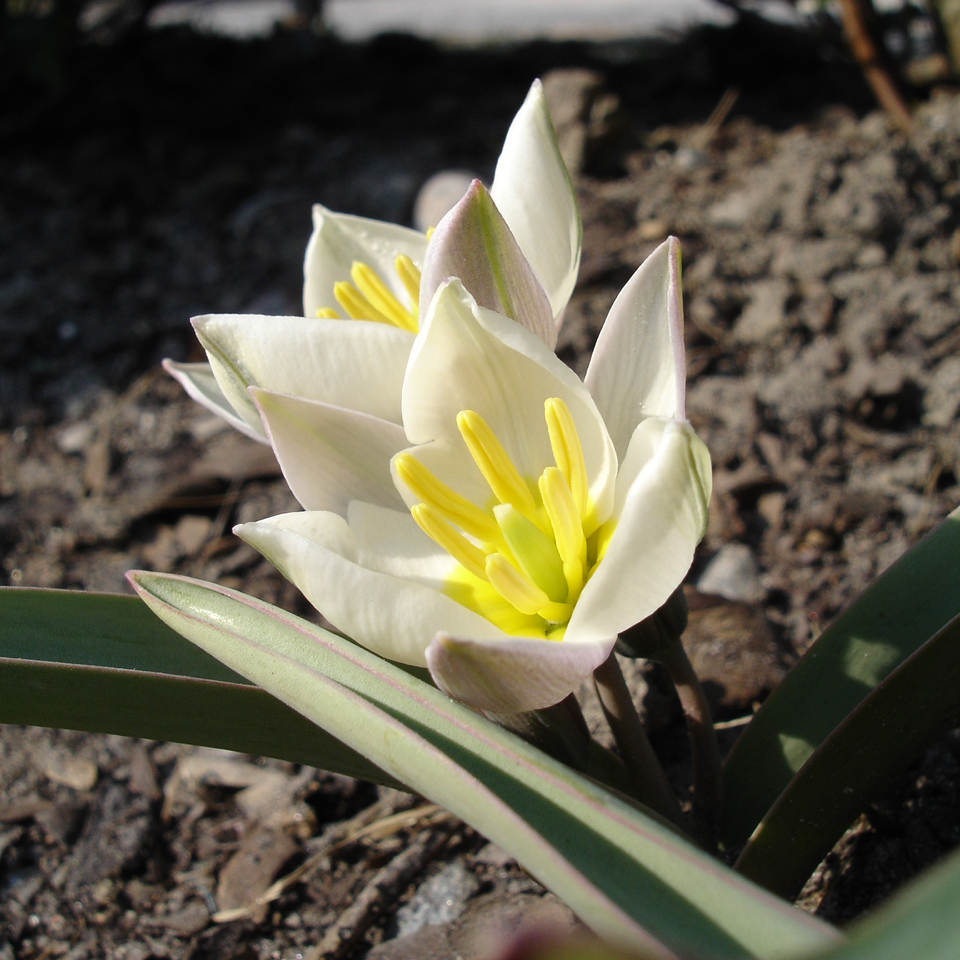 Walking around the Garden, you may see lots of holes being dug and bulbs being planted for a colorful display in the spring. But one place you may not expect to see this is the Green Roof Garden at the Daniel F. and Ada L. Rice Plant Conservation Science Center.

Green roofs are known for having lots of sedum and other drought-tolerant plants, but rarely do you see bulbs. We decided to give it a try several years ago and found that it works! So every year we plant thousands of bulbs on the north roof and hope for a showy spring display.

Planting these bulbs is not as easy as just throwing them in a hole and walking away; there are a few factors to take into consideration.

The Plant Science Center’s Green Roof Garden is semi-intensive, with depths of 4 inches, 6 inches, and 8 inches. When planting bulbs, the rule of thumb is to plant them two to three times deeper than the size of the actual bulb. This means larger bulbs like daffodils or tulips will be planted about 6 inches deep while smaller bulbs like scilla or crocus will be planted 2 to 3 inches deep.

So when deciding which bulbs we would like to see in the spring display, we must take into account how large the bulb is, and where in the Garden it can be planted. Luckily, we are able to plant bulbs in all three depths (with 4 inches being the shallowest). In the 4-inch display there are crocus and smaller species tulips; in the 6-inch area you will see daffodils, Siberian squill, and more tulips, and in the 8-inch area we have planted more daffodils and larger tulips.

When designing where each bulb will go, we also chose how many of each we need to plant. Further back in the 8-inch area, we order larger numbers of each bulb in order to create a large sweep of color that you can see from the viewing deck. Up front in the 4-inch area, we plant several little groupings of bulbs with much smaller blooms, creating a display with a range of color.

So this spring, when you are strolling through the Garden admiring all the gorgeous bulbs in bloom, just remember: not all of them are on the ground. Make sure to come visit the Green Roof Garden at the Plant Science Center and see which bulbs decided to pop up and put on a show for us.