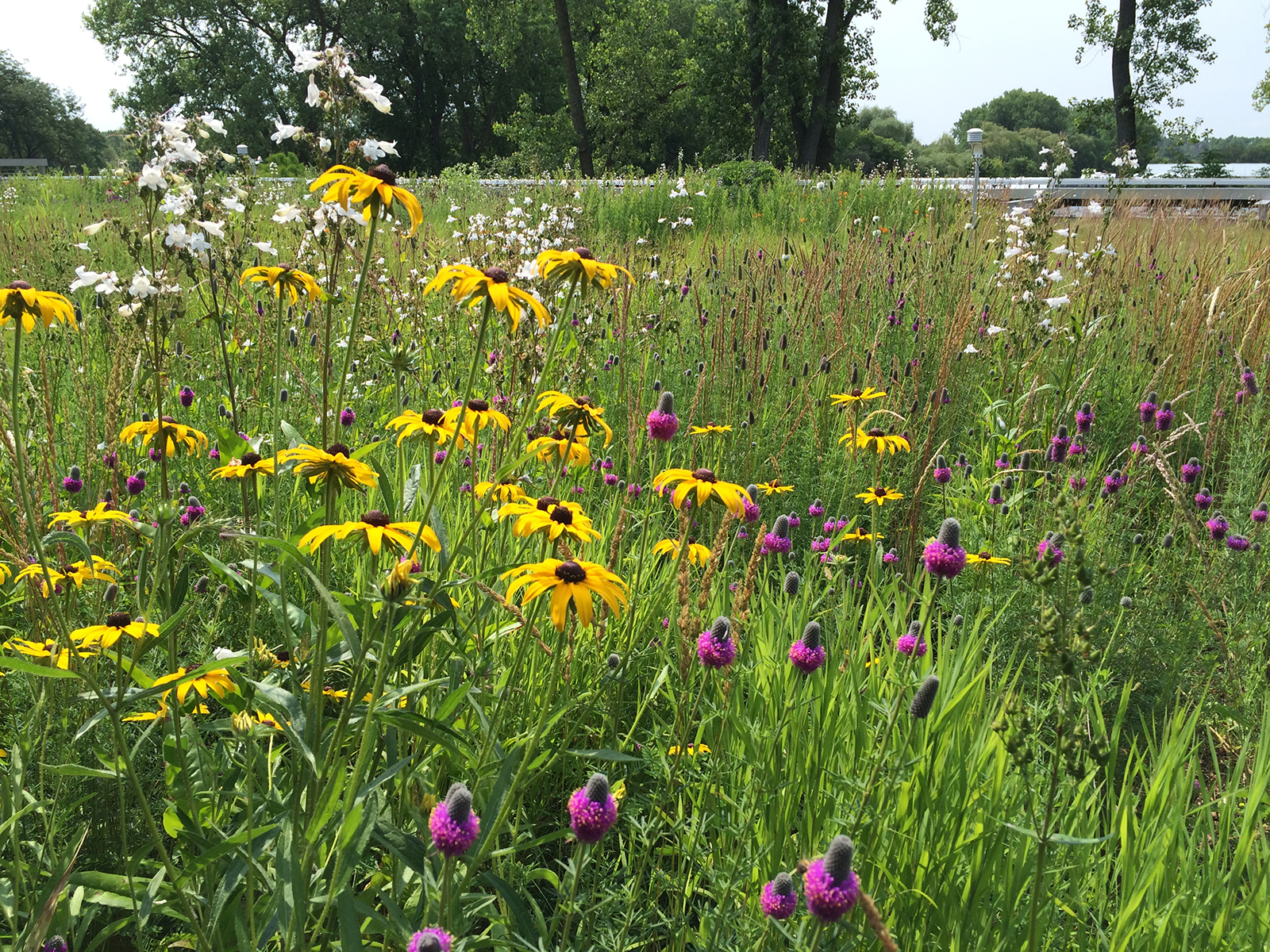 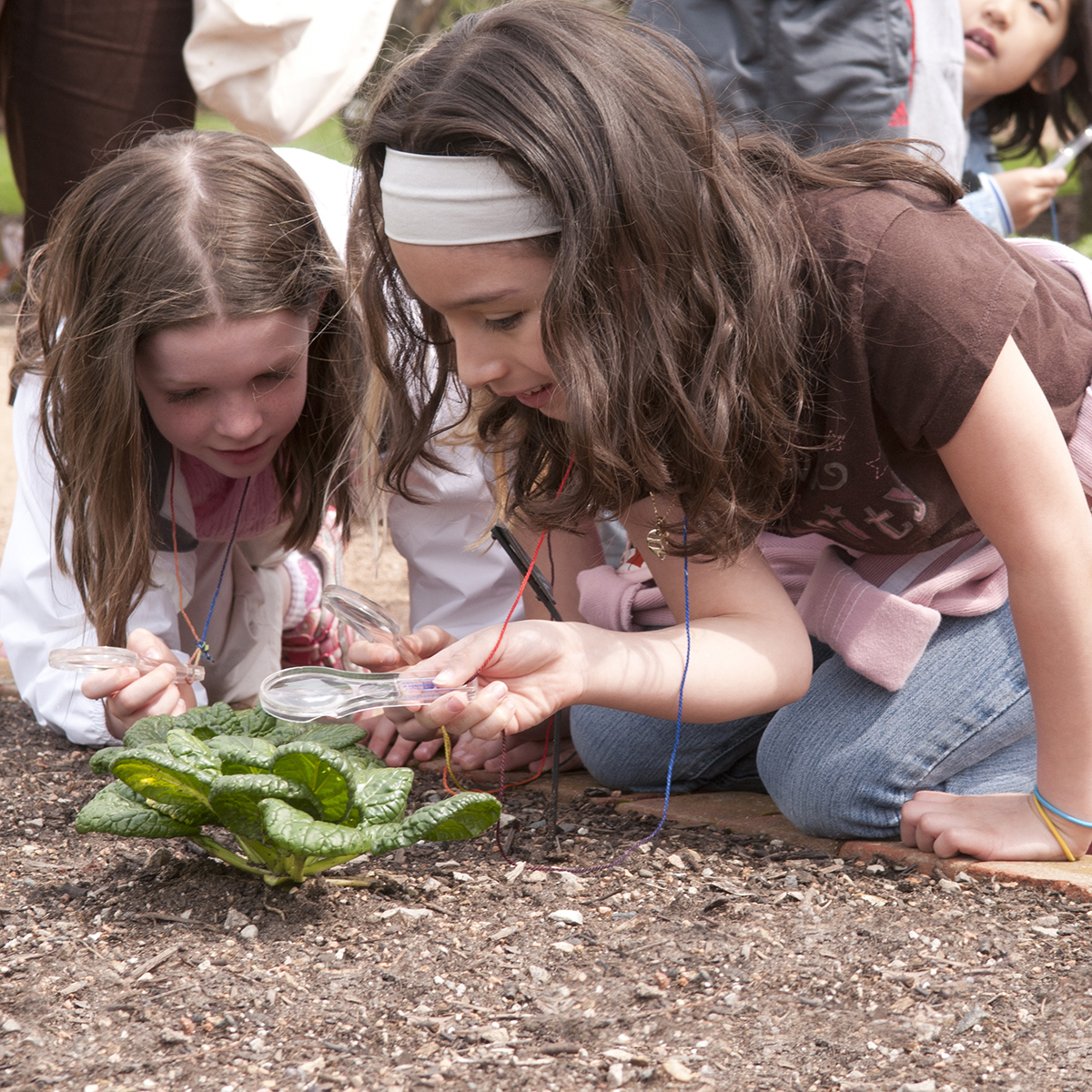 Do you ever feel like trying to understand plant science research can be as daunting as deciphering a passage written in a foreign language?

As a budding plant scientist in the joint Chicago Botanic Garden/Northwestern University Ph.D. program, I find it exciting to pick through dense scientific text. Uncovering the meaning of a new acronym and learning new vocabulary can be thrilling, especially when decoding something new.

But the commonly used styles in scientific writing and presentation packed with language used to convey big topics in small spaces can be really off-putting to an audience of non-scientists. Many of us can conjure up a memory of a professor or teacher who seemed to like their subject matter but couldn’t convey the material in an interesting way. All of a sudden, science became boring.

Rather than struggling to learn this “foreign language,” many folks stop paying attention. Lack of scientific literacy, especially as it applies to plants, is a pity. Plants are all around us! They are so valuable to the entire planet. The very applicable field of botany shouldn’t be something that’s only discussed and understood in laboratories or scientific conferences—it should be for everyone.

This idea inspires me to try and bring my current botany research to a wide variety of people.

For example, I recently realized that there are very few resources available to teach young students about the habitat where I currently collect most of my data: green roofs. While some of the methods I use for data collection and analysis can be quite complex, the motivations behind my work and some of the findings can be broken down into some basic ideas, applicable to students of all ages. So a fellow botanist and I wrote and produced Growing Up in the City: A Book About Green Roofs.

Our children’s activity book teaches youngsters about some of our research findings. The book follows a pair of native bumblebees through a city, where they guide the reader through engaging activities about the structure, environmental benefits, and motivations for building green roofs. At the end, readers even have the opportunity to ask their own research question and carry out a green roof research project of their own.

Interested in your own copy of our book? More information and a free digital download of the book are available at greeningupthecity.com.

The activity book is just one example of ways that plant scientists can engage with a broader audience and make their research findings more accessible. Some of the other activities that my colleagues here at the Chicago Botanic Garden and I have participated in include mentoring undergraduate and high school students, speaking to community organizations, creating lessons for schools and school groups, volunteering for summer programs, and maintaining a presence on the Internet through online mentoring, blogging, websites, and Twitter.

Here at the Garden, we scientists also have a unique variety of opportunities to share our science with the thousands of visitors who come to the beautiful Daniel F. and Ada L. Rice Plant Conservation Science Center. If you’ve never been to the Plant Science Center, you should definitely stop by the next time you’re at the Garden. You can see inside the laboratories where the other scientists and I collect some of our data. There are also a lot of interactive displays that aim to demystify plant science research and decode some of the “foreign language” that science speak can be. For a really interactive experience, come visit us on World Environment Day, Saturday, June 6, and talk to scientists directly. Bring your kids, bring your neighbors, and ask a botanist all those burning plant questions you have! We promise to only speak as much “science” as you want.

For more information about my research and science communication efforts, please visit my research blog, Kelly Ksiazek’s Botany in Action, and follow me on Twitter @GreenCityGal. 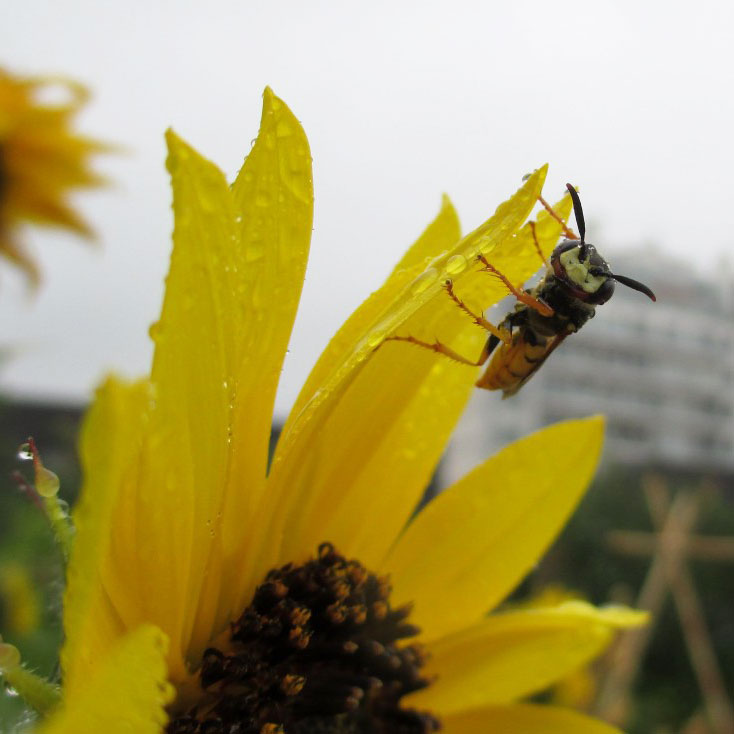 What if the next plant conservation project wasn’t down the street, or in the neighboring county, or far away in the wilderness? What if it was right above your head, on your roof? In our increasingly urban world, making use of rooftop space might help conserve some of our precious biodiversity in and around cities.

Unfortunately, native prairie plants have lost most of their natural habitat. In fact, less than one-tenth of one percent of prairies remains in Illinois—pretty sad for a state whose motto is the “Prairie State.” As a Chicago native, I found this very alarming. I thought, “Is it possible to use spaces other than our local nature preserves to help prevent the extinction of some of these beautiful prairie plants?” With new legislation at the turn of the century that encouraged the construction of many green roofs in Chicago, it seemed like the perfect place to test a growing hypothesis I had: maybe some of the native prairie plants that were losing habitat elsewhere could thrive on green roofs.

This idea brought me to the graduate program in Plant Biology and Conservation, a joint degree program through Northwestern University and the Chicago Botanic Garden. Here, I am investigating the possibility that the engineered habitats of green roofs can be used to conserve native prairie plants and the pollinators that they support.

Since I began the program as a master’s degree student in 2009, I’ve learned a lot about how native plants and pollinators can be supported on green roofs. For my master’s thesis, I wanted to see if native wildflowers were visited by pollinators and if they were receiving enough high-quality pollen to makes seeds and reproduce. Good news! The nine native wildflower species I tested produced just as many seeds on roofs as they normally do on the ground, and these seeds are able to germinate, or grow into new plants.

Once I knew that pollinator-dependent plants should be able to reproduce on green roofs, I set out to learn how to intentionally design green roofs to mimic prairies for my doctoral research. I started by visiting about 20 short-grass prairies in the Chicago region to see which species lived together in habitats that are similar to green roofs. These short-grass prairies all had very shallow soil that drained quickly and next to no shade; the same conditions you’d find on a green roof.

I’m now setting up experiments that test the ability of the short-grass prairie species to live together on green roofs. Some of these experiments involved using seeds as a cheap and fast way of getting native plants on the roof. Other experiments involved using small plant seedlings that may have a better chance of survival, although, as any gardener could tell you, are more expensive and labor intensive than planting seeds. I will continue to collect data on the survival and health of all these native plants at several locations, including the green roof on the Daniel F. and Ada L. Rice Plant Conservation Science Center at the Garden.

Ideally, I would continue to collect data on these experimental prairies to see how they develop over the next 50 years and learn how the plants were able to support native insects, such as pollinating bees and butterflies. But I didn’t want my Ph.D. to last 50 years so instead, I decided to collect the same type of data on green roofs that have already been around for a few decades. Because the technology is still relatively new in America, I had to go to Germany to collect this data, where the history of green roofs is much older. Last year, through a Fulbright and Germanistic Society of America Fellowship, I collected insects and data about the plant communities on several green roofs in and around Berlin and learned that green roofs can support very diverse plant and insect communities over time. We scientists are just starting to learn more about how green roofs are different from other urban gardens and parks, but it’s looking like they might be able to contribute to urban biodiversity conservation and support.

Now that I’m back in Chicago and have been awarded research grants from several institutions, I’m setting up a new experiment to learn about how pollinators move pollen from one green roof to another. I’ll be using a couple different prairie plants to measure “gene flow,” which basically describes how pollen moves between maternal and paternal plants. If I find that pollinators bring pollen from one roof to anther, this means that green roofs might be connected to the large urban habitat, rather than merely being isolated “islands in the sky,” as some people have suggested. If this is true, then green roofs could also help other plants in their surroundings—more pollinating green roof bees could mean more fruit yield for your nearby garden.

There are still many questions to be answered in this new field of plant science research. I’m very excited to be learning so much through the graduate program at the Garden and to be collaborating with innovative researchers both in Chicago and abroad. If you’re interested in keeping up with my monthly progress, please visit my research blog at the Phipps Conservatory Botany in Action Fellows’ page.

And if you haven’t already done so, I hope you’ll get a chance to visit the green roof at the Plant Science Center and see how beautiful plant conservation happening right over your head can be!