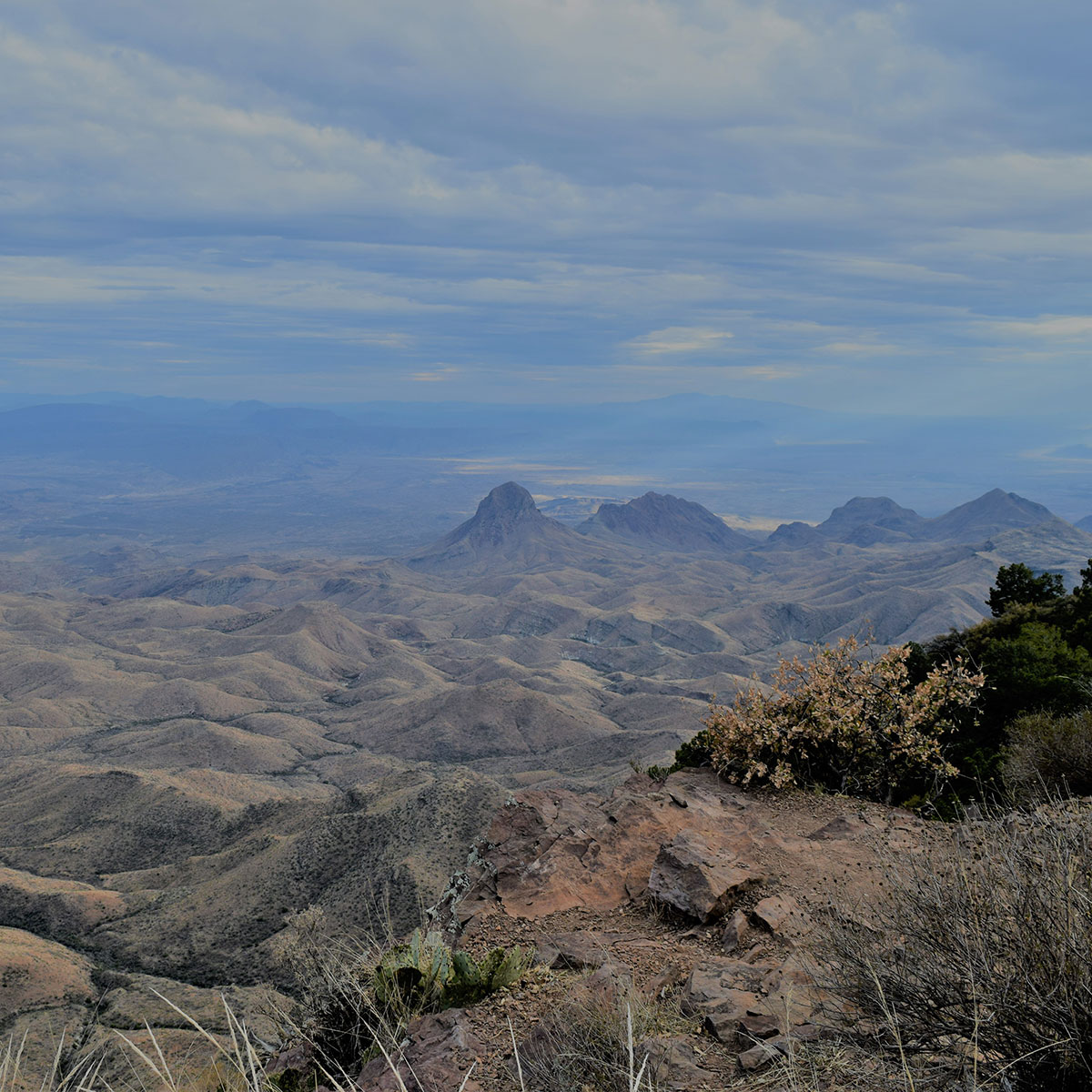 Just below the summit, we scrambled past enormous boulders to an unhappy sight—a small group of beautiful aspens in big trouble.

As curator of woody plants at the Chicago Botanic Garden, I’m interested in what’s happening to quaking aspen (Populus tremuloides) because the trees have become increasingly threatened by geologic disturbance and climate change. The Garden is part of a research group that’s working to collect root pieces and other genetic material from the aspens in the Chisos Mountains of west Texas; the material will allow us to raise the trees in cultivation and then plant new ones in the wild. The quaking aspens project is just one part of a broader Garden goal to protect species and promote biodiversity.

As part of the initiative, I met with Adam Black, director of horticulture at the famed Peckerwood Garden in Hempstead, Texas. Adam is a plant geek at heart and knows the Chisos Mountains intimately from 20-plus years of exploring there. He put together the collaboration between the Chicago Botanic Garden, Peckerwood Garden, the National Park Service, and the University of Florida School of Forest Resources and Conservation.

In mid-February, Adam and I began the long, steep trek toward Emory Peak, in Big Bend National Park, gaining about 1,800 feet of elevation in 4 miles. Passing through Laguna Meadows, I first glimpsed the stunning white bark of the aspens growing out of enormous boulders above us. Adam and I dropped our packs and scrambled across the boulder field, photographing the terrain and aspens as went.

When we reached the trees, it quickly became clear that this grove of aspens was unlike any other I had seen before. Aspens usually grow in enormous clonal groves, which means that the trees are essentially a single plant, connected by one elaborate root system. The grove below Emory Peak includes only 40 trees or so, in poor health. Jason Smith, Ph.D., forest pathologist at the University of Florida in Gainesville, believes that the trees are under stress from the radiant heat of the rocks in which they are growing. When the trees grow to about 25 feet high, they get a canker disease—a fungal infection—and quickly die.

Adam and I collected root pieces and shoots from six separate trees in the grove, all good genetic material that will allow us to cultivate the plants. Reaching the roots was no easy task. The aspens are growing in the remains of what appears to be a major rock collapse from an igneous intrusion, or rock formed from intense heat that has crystalized into molten magna. While most aspen colonies spread upward from roots in less than 18 inches of soil, these trees grow through several feet of stacked boulders. As we moved from tree to tree, I struggled to keep my footing on the shaky boulders and tried not to cause a rock slide down the mountain.

With GPS data and root sections in hand, Adam and I climbed up to the mountain’s East Rim, where we were rewarded with stunning views of the Chisos Mountains, canyons carved out by the Rio Grande River and Maderas Del Carmen Reserve in northern Mexico. The next morning, camping on the mountain rim, watching the sunrise cascading across the United States-Mexico border, I forgot about the 8-mile descent ahead of me until it was time to pack up and go. During the hike down, Adam and I stopped by the second group of quaking aspens that we’re studying; a month earlier, Adam and Dr. Smith had collected root pieces from the trees for propagation.

After the team cultivates new plants from the genetic material we collected, the trees will be distributed to botanic gardens and arboreta across the country and added to the institutions’ conservation collections. The team is also doing genetic testing on the Chisos Mountains trees to determine how they relate to other aspen populations.