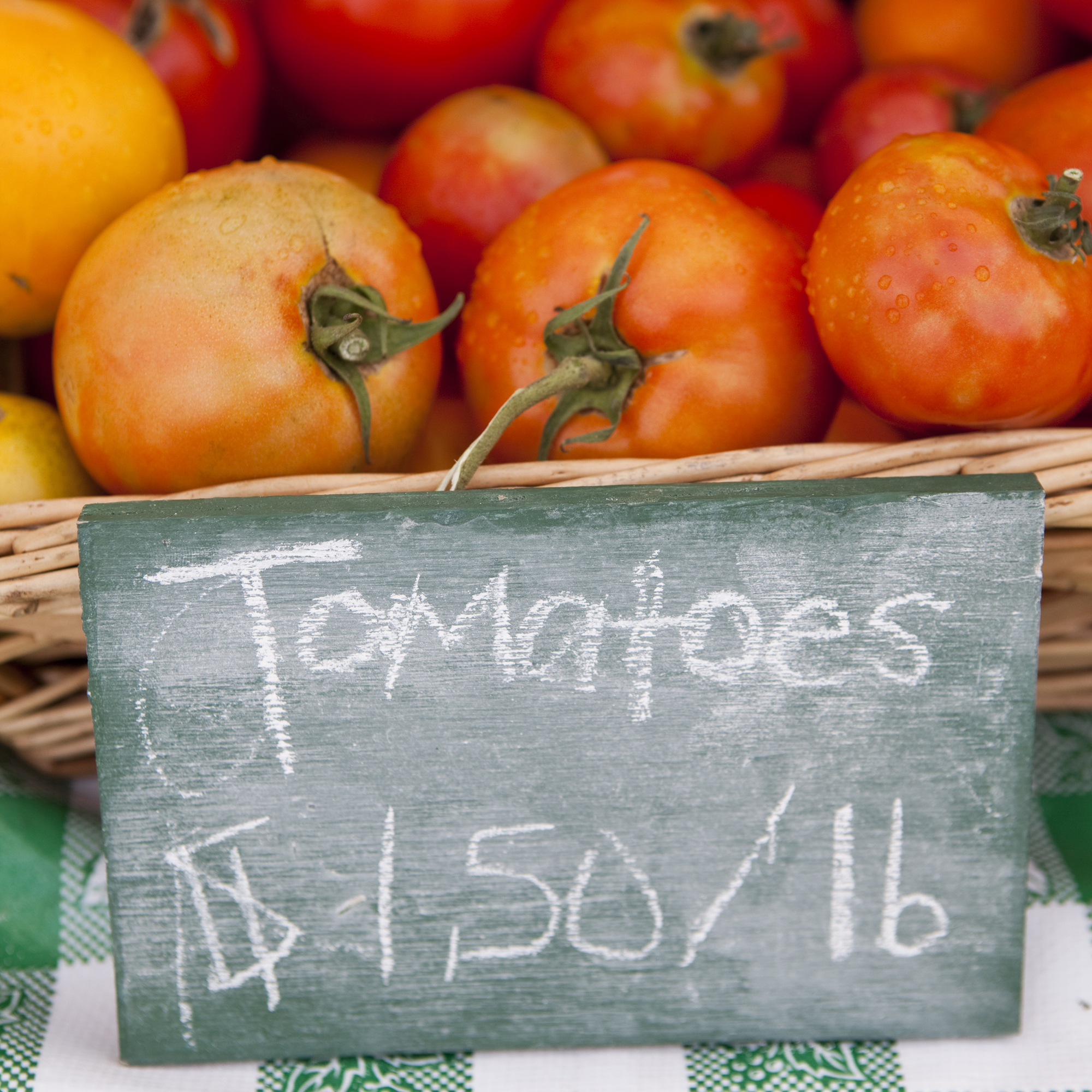 Can you remember a time when farmers’ markets were few and far between, and local food was nearly impossible to find, unless you grew it yourself?

Now farmers’ markets are popping up all across Illinois—in rural, suburban, and urban landscapes—providing healthy food to many communities.

The Chicago Botanic Garden has been a part of the growth of farmers’ markets in Illinois. With the farmers’ market held at the Garden, along with the farm stand markets hosted at Windy City Harvest Youth Farm sites, we have contributed to the improved access of healthy, local food, especially in underserved neighborhoods of Chicago and North Chicago.

Throughout the summer, the Windy City Harvest Youth Farm program operates three farm stand markets as way to share its fresh, sustainably grown produce with the surrounding neighborhoods. These markets are set up on-site (or nearby) at each of our three Youth Farms. These farms are located in the West Side neighborhood of North Lawndale, the South Side neighborhood of Washington Park, and the community of North Chicago/Waukegan. All of these communities are considered food deserts, as the access to fresh food is extremely limited.

The produce sold at Windy City Harvest Youth Farm markets is grown by the community for the community. Teenagers from local high schools are hired to work at the Youth Farms from May through October. They participate in all aspects of farming, including the growing, cooking, and marketing of the produce. Every week during the summer, the teens set up a farm stand to offer their fresh bounty to the community. The produce is sold at very affordable prices. Our markets accept food stamps and other government assistance benefits, so the food can be accessible to all members of the community.

Season after season, the benefits of these markets can be seen in both the teen workers and community. The teens learn business and customer service skills, practice their public speaking, and make positive connections in their community. One of our teen workers, Henry, said that this year’s opening market in North Chicago was the “best day of his life” because the participants nearly tripled their sales goal and broke the previous sales record for an opening day. A former participant of Science First (another wonderful Garden program), Henry was especially proud to host the program at the farm that day and assist with farm stand purchases. He even persuaded a young Science First participant to purchase black currants (later reporting that the Science First participant was eating the tart currants like candy).

We often hear from our market customers how grateful they are to purchase local, sustainably grown produce at an affordable price. They comment on how tasty and fresh our farm produce is compared to the produce available at their local grocery store, and they enjoy the farm tours and recipes provided by our teens. We often hear how our Youth Farms remind them of a farm they grew up on in Mississippi or Mexico.

Besides impacting the food system and community health at a local level, we also help shape food policy and accessibility statewide. I have had the privilege of representing the Chicago Botanic Garden on the Illinois Farmers Market Task Force and on the board of the Illinois Farmers Market Association. The Task Force—which consists of farmers, market managers, and public health officials—advises the Illinois Department of Public Health on statewide local food regulations. We also provide education to consumers and market managers on food safety at the market. The Illinois Farmers Market Association connects the farmers’ market community to resources and educational tools. Lately we have been training market managers on how to accept food stamps at their markets and working with government agencies to better inform food stamp recipients on the markets that accept those benefits.

Laura Erickson serves as the market coordinator for the Windy City Harvest Youth Farm. She oversees the harvest and distribution of sustainably grown produce at each of the four Youth Farm sites. Before Erickson arrived at the Chicago Botanic Garden, she apprenticed on organic farms in California and Georgia. She also served as an assistant project manager at the Center for Transportation and the Environment, a nonprofit organization in Atlanta, Georgia. View all posts by Laura Erickson