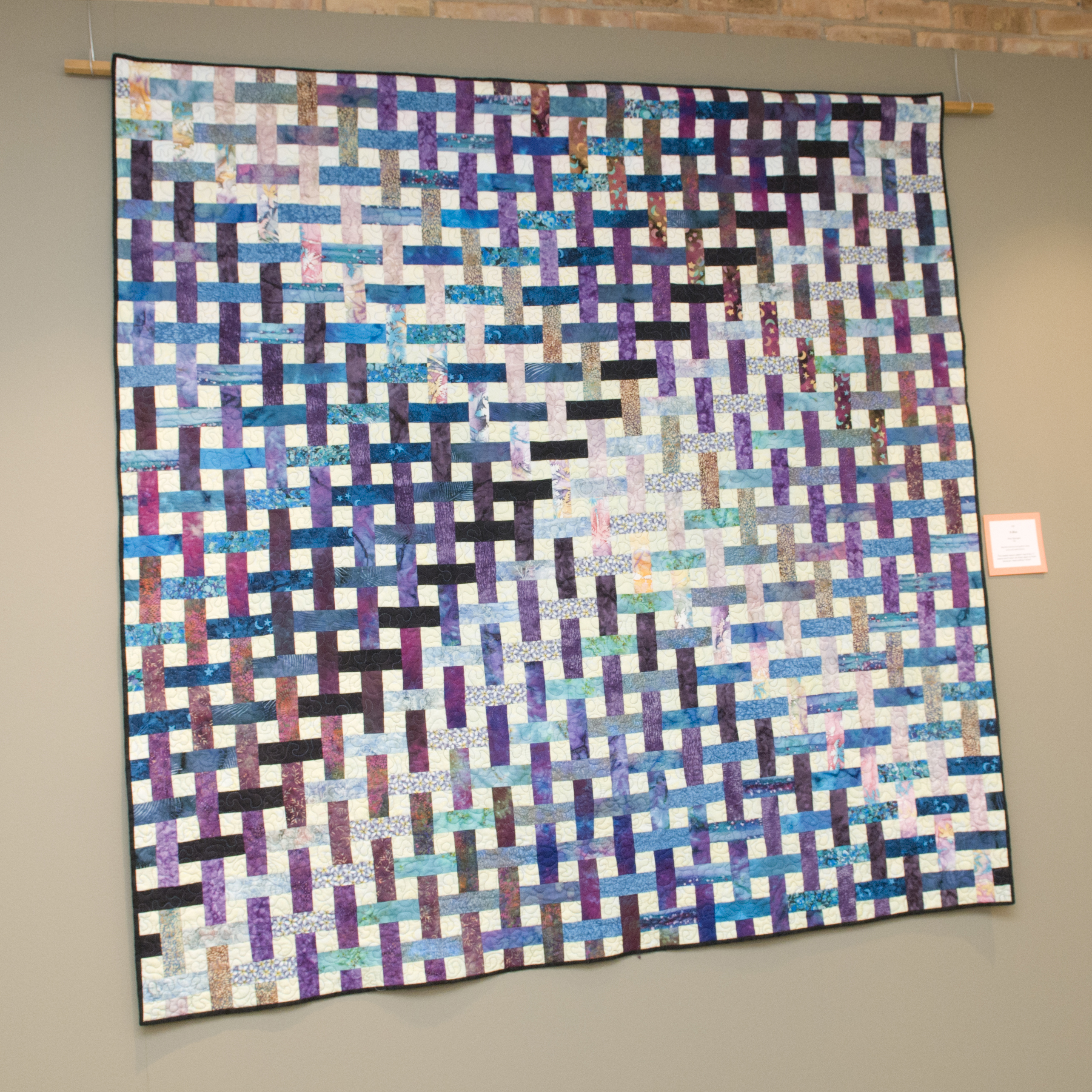 Each year at the Chicago Botanic Garden, fall is heralded by more than brilliant leaf color and crisp temperatures. It’s around this time that thousands of visitors flow into the Regenstein Center for the Fine Art of Fiber, visions of gorgeous quilts and exquisite woven and knitted items dancing in their heads.

For three days in November, Illinois Quilters, Inc., the North Suburban NeedleArts Guild, and the Weavers Guild of the North Shore offer one of the most anticipated needle art shows in the Midwest. The combined show and sale is an outgrowth of similar events dating back to 1981.

I used to be among those who meandered around the show, dazzled by the patterns and colors and textures, wondering what on earth it took to make one of those spectacular pieces on display.

Eventually, I found out.

Before I began working at the Chicago Botanic Garden, I became a quilter. In the early 1990s, my daughter Hannah (now 24) was toddling around the house, and baby Naomi was more or less velcroed to my body. In the evenings I was going to school, one class at a time, but I needed to do something fun. Something creative. Something inside, given Chicago’s long, long winters and the need to be within hearing distance of my children as I temporarily ignored them.

One day, I drove past a quilt shop and saw a sign for quilting classes in its window. Impulsively I pulled over, went inside, and signed up. You know what’s said about addiction, how people who are susceptible become instant slaves to an expensive habit upon exposure? That would be me. Fabric. Give me more fabric! And make it batik!

So.
I started  making quilts, and my first efforts were generally awful. Family members were too polite to protest when I inflicted these early quilts upon them. Little by little, however, I improved. And I loved the process, even if the inevitable mistakes of learning prompted a few curses—O.K., many curses—on some occasions. There is something both challenging and relaxing about quilting: finding a pattern that sparks the imagination; choosing the right colors and fabrics, an art in itself; marking, cutting, and piecing—stitching—together the top; pinning it to the middle batting (think “stuffing”) and the cotton backing; and then sewing, sewing, sewing the “sandwich” into a completed quilt. (You find “sandwich” an odd term? I am now intimately familiar with “feed dogs,” “throat plates,” and “Wonder­-Under” as well.*)

I joined Illinois Quilters, Inc., which is when I found out about the Fine Art of Fiber. Members are encouraged to display pieces in the show. It took years, but finally, in 2001, I felt I was ready for showtime. By then I had another child, Oren (below, wrapped in the quilt I displayed in that show). This year Oren left for college, and I have now replaced his ping-pong area in the basement with a new, expanded quilting studio. Won’t he be surprised!

Despite working full time and having what some might consider to be an excessive number of hobbies, I keep quilting. Sometimes I manage only one quilt a year. I am not discouraged at my snail’s pace of production, though: it’s all about enjoying the process. And when I see my quilts displayed alongside the “big boys” at the show, I am thrilled to have made the journey from that first quilting class to the Fine Art of Fiber.

This year’s Fine Art of Fiber is from Friday to Sunday, November 7 to 9, from 10 a.m. to 5 p.m. daily. There is also a public preview night on Thursday from 6:30 to 9 p.m. Click here for more details. I hope to see you there—perhaps you, too, will find inspiration!

*Feed dogs are metal ridges inside a sewing machine that help grip and move fabric; they are located beneath a hole in the throat plate, which is under the needle mechanism. Wonder-Under is fusible webbing that bonds two pieces of fabric together.

12 thoughts on “Journey to the Fine Art of Fiber”