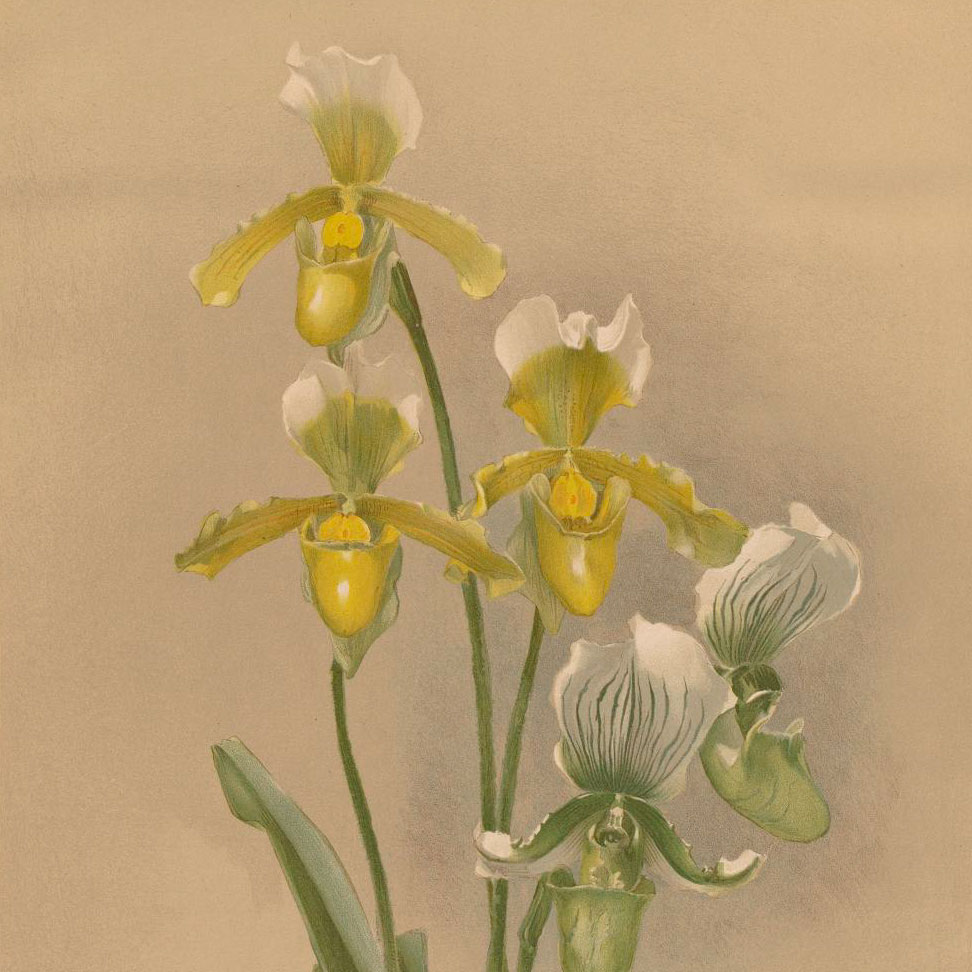 This year’s exhibition, Orchidpalooza: Illustrated Orchid Varieties, features five unsigned, untitled, and unnumbered artist proofs that are attributed to English landscape artist Henry Moon (1857-1905). The proofs were most likely intended for a third series of a collection called Reichenbachia: Orchids Illustrated and Described, commissioned by Frederick Sander (1847-1920).  Moon was Sander’s son-in-law and was responsible for the 192 chromolithographs published in the monumental two-volume work. This work is considered Sander’s homage to Heinrich Gustav Reichenbach (1824-90), the “Orchid King” who succeeded John Lindley (1799-1865), the “Father of Orchidology,” as the leading orchid authority of the late 1800s.

Never before exhibited in the Lenhardt Library, the five botanically accurate orchid chromolithographs include color bars from eight to twelve colors, registration marks, and scientific names penciled in the margins or on the verso.

Want to see more? With grant funding from the National Endowment for the Humanities, these prints have been conserved and digitized and are freely accessible at the Biodiversity Heritage Library: www.biodiversitylibrary.org/bibliography/123710#/summary

Any views, findings, conclusions, or recommendations expressed in this blog do not necessarily reflect those of the National Endowment for the Humanities.

3 thoughts on “Orchidpalooza: Rare orchids in print in the Lenhardt Library”