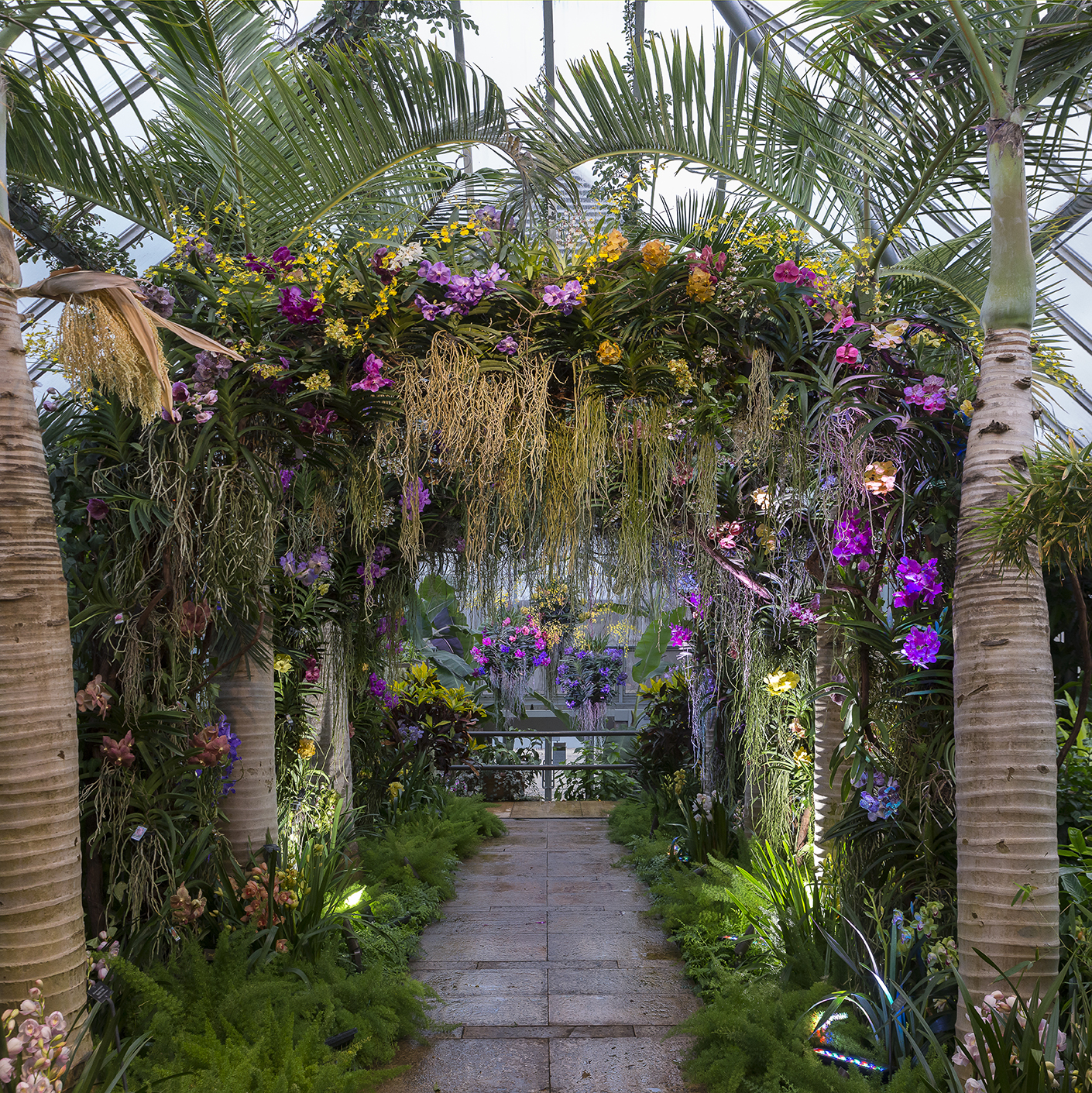 We’ve rolled out the tall ladders, prepped hanging baskets with Spanish moss, and worked hard to keep 10,000 warmth-loving tropical orchids happy (including an orchid that is rarely shown in the United States, Phalaenopsis Sogo Yukidian ‘V3’; be sure to check out the unusual number of big blooms on each spike).

It’s all hands on deck for the Show, which runs February 11 to March 26, following the Members’ Preview night on Friday, February 10. Volunteers across the Garden and beyond have pitched in to help from departments including Education, Model Railroad, and Horticultural Therapy Services, along with our Woman’s Board.

It all starts with ideas from our creative team, which starts brainstorming shortly after the end of the previous year’s Orchid Show.

In the completed archway, supporting vines are woven together and attached to a hidden framework. Notice the dangling aerial roots from orchids that are epiphytes—plants that grow on trees, with above-ground rather than in-ground roots.

Sometimes, things don’t always go as planned. Work on the 13-foot high orchid “wind chime” got delayed while we waited and waited for a delivery of bamboo supports from Colombia… Luckily, the shipment arrived before the Show.

When you walk into Nichols Hall, don’t forget to look for the dozens of blooms overhead.

This year’s theme is Orchids in Vogue, a playful look at the influence of orchids in popular culture, including fashion. Last summer, senior horticulturist Salina Wunderle came up with an idea for an orchid “dress.” Now we have three design teams working on orchid dresses; come see the final result.

…and don’t forget to tag us in your selfies: #CBGOrchidShow