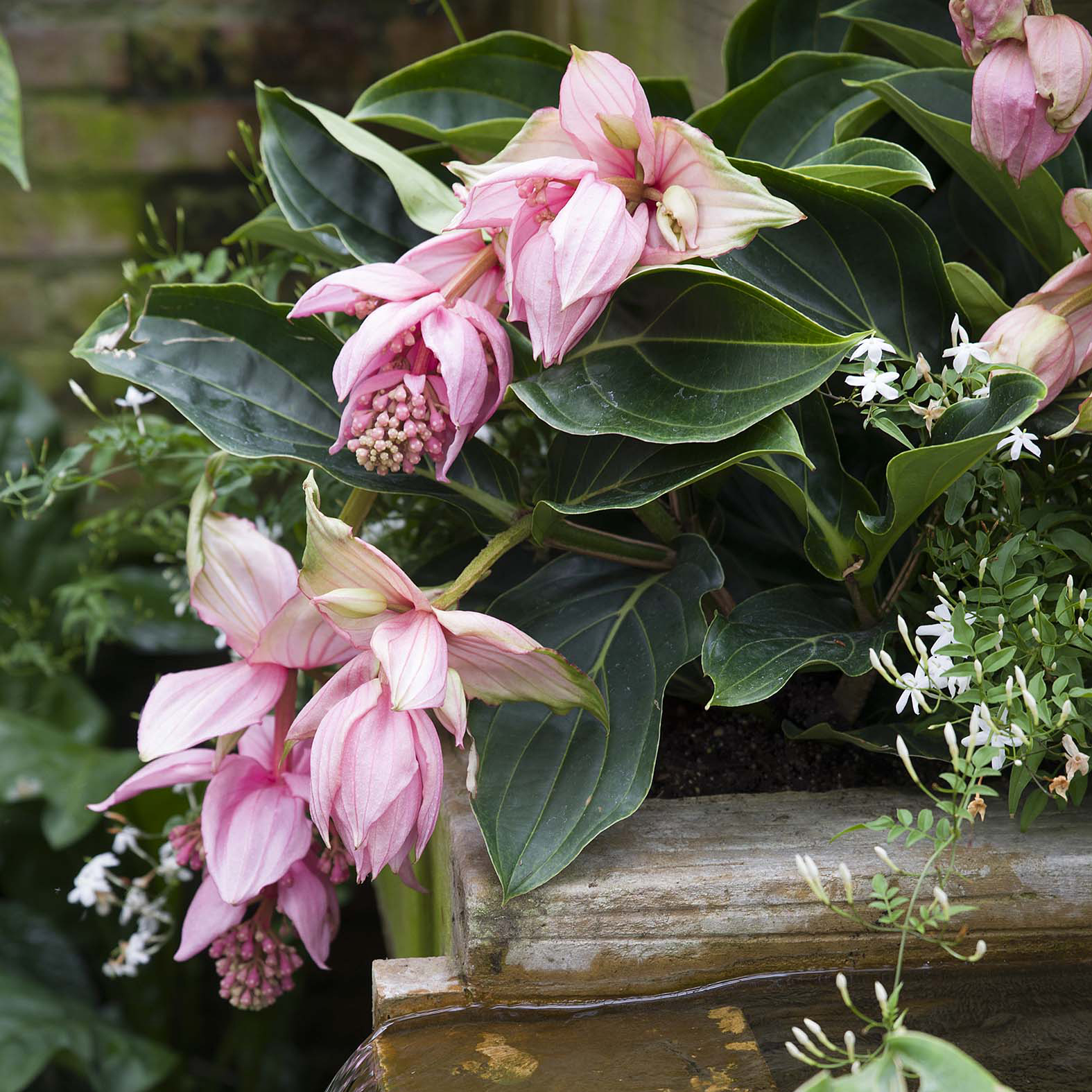 For many years, the Chicago Botanic Garden has made a concerted effort to use new and interesting plants to create innovative “wow” displays. Since coming to the Garden seven months ago, I have been continually impressed with this program and the institutional drive to make plants the priority to draw visitors to the Garden.

The basic idea behind the “wow” program is to excite our visitors with provocative plantings (or a single fantastic plant). No plant or plants better exemplifies this program than our titan arums Spike and Alice, which created unprecedented “plantmania” at the Garden. Kris Jarantoski, executive vice president and director of the Garden, had speculated that someday the tiny bulbs we received 12 years ago might create a botanical spectacle unequaled in the greater Chicago area, and, well, he was right!

In the summer of 1984, I interned at Fairchild Tropical Botanic Garden in Coral Gables, Florida (one year later I would intern at the Chicago Botanic Garden!). It was my first exposure to the incredible ornamental breadth offered by tropical plants. Since that summer, I have been back many, many times to explore the botanical gardens of South Florida, and on occasion, visit the wealth of wholesale nurseries. Thinking that this palette of plants could make for some provocative displays in selected gardens here, I proposed to Kris Jarantoski that our outdoor floriculturist Tim Pollak (better known to our readership as Titan Tim) and I take a five-day trip to Florida to explore the botanical riches of this area with the goal of finding future “wows.”

With the help of Ian Simpkins, director of horticulture at Vizcaya Museum and Gardens in Miami, we put together an ambitious itinerary to explore many of the specialty wholesale nurseries in the Homestead, Florida, area (this area is reported to have more than 2,000 nurseries), but also to see plants displayed in botanical gardens. We started our work on the last day of November. Thanks to Ian, we had a well-vetted list and were able to hit the ground running. During these (mostly) rain-free days, we visited 16 nurseries, and also spent quality time at the Montgomery Botanical Center, Fruit and Spice Park, Fairchild Tropical Botanic Garden, and Vizcaya Museum and Gardens.

Nearby at Redland Nursery, we received a tour and saw an array of very unusual palms such as the bottle palm, Hyophorbe lagenicaulis, and Hyophorbe verschaffeltii, spindle palm.

We continued our tour of nurseries in the Homestead area with a visit to Bullis Bromeliads. This nursery only features epiphytic plants—specifically bromeliads. (While they are epiphytes in their native habitats, they make an excellent container plant in the summer landscape.)

Bullis offers a broad selection of cultivars of many genera including Aechmea, Androlepis, Billbergia, Guzmania, Neoregelia, Orthophytum, Portea, Puya, and Tillandsia. I love the bold, statuesque aechmeas, with their orange-yellow, strap-like foliage.

Our next stop was Signature Trees and Palms, and their fantastic collection of extraordinary tropical trees and very large stature palms. This is the nursery to go to if you need a 50-foot-tall specimen palm for your property! We found their beautiful red-leaf introduction of Heliconia spectabilis a possibility for our list.

The following day we focused on visiting the botanical gardens in the Miami area. In the morning we were met by Patrick Griffith, director of the Montgomery Botanical Center, which focuses on the conservation of threatened species of palms and cycads from around the world.

Adjacent to Montgomery is the Fairchild Tropical Botanic Garden. Founded in 1938, its mission is to conserve the world’s diversity of tropical plants. Today, the mature plantings are diverse and are beautifully displayed around a series of lakes.

In the afternoon, we met Ian Simpkins—who had helped us organize our tour—at Vizcaya Museum and Gardens. This was the winter estate of James Deering, whose family founded Deering Harvester Company (which later became International Harvester Company). The house was built between 1914 and 1922, and is surrounded by elaborate subtropical gardens filled with amazing plantings of cacti, palms, and grasses.

Our research expedition finished with a few more exploratory visits to nurseries, including a trip highlight to the diverse and interesting Boynton Botanicals in Boynton Beach, Florida, and its extensive wholesale nursery of palms, elephant ears, begonias, succulents, and other tropical plants.

On the last day we traveled to Loxahatchee to visit Excelsa Gardens nursery, and while it was not planned, we literally “saved the best for last.” In addition to having an incredible variety of plants, the nursery offers many fantastic sizes of wonderful specimen-sized plants. In fact, we will reveal that we purchased two specimens of the white elephant palm, Kerriodoxa elegans—noted for its large, fan-shaped leaves with white undersides and black petioles—to display in the Heritage Garden in 2016.

We returned to Chicago with lists of hundreds of future plant prospects, as well as a multitude of design ideas that could be future “wows” for years to come!