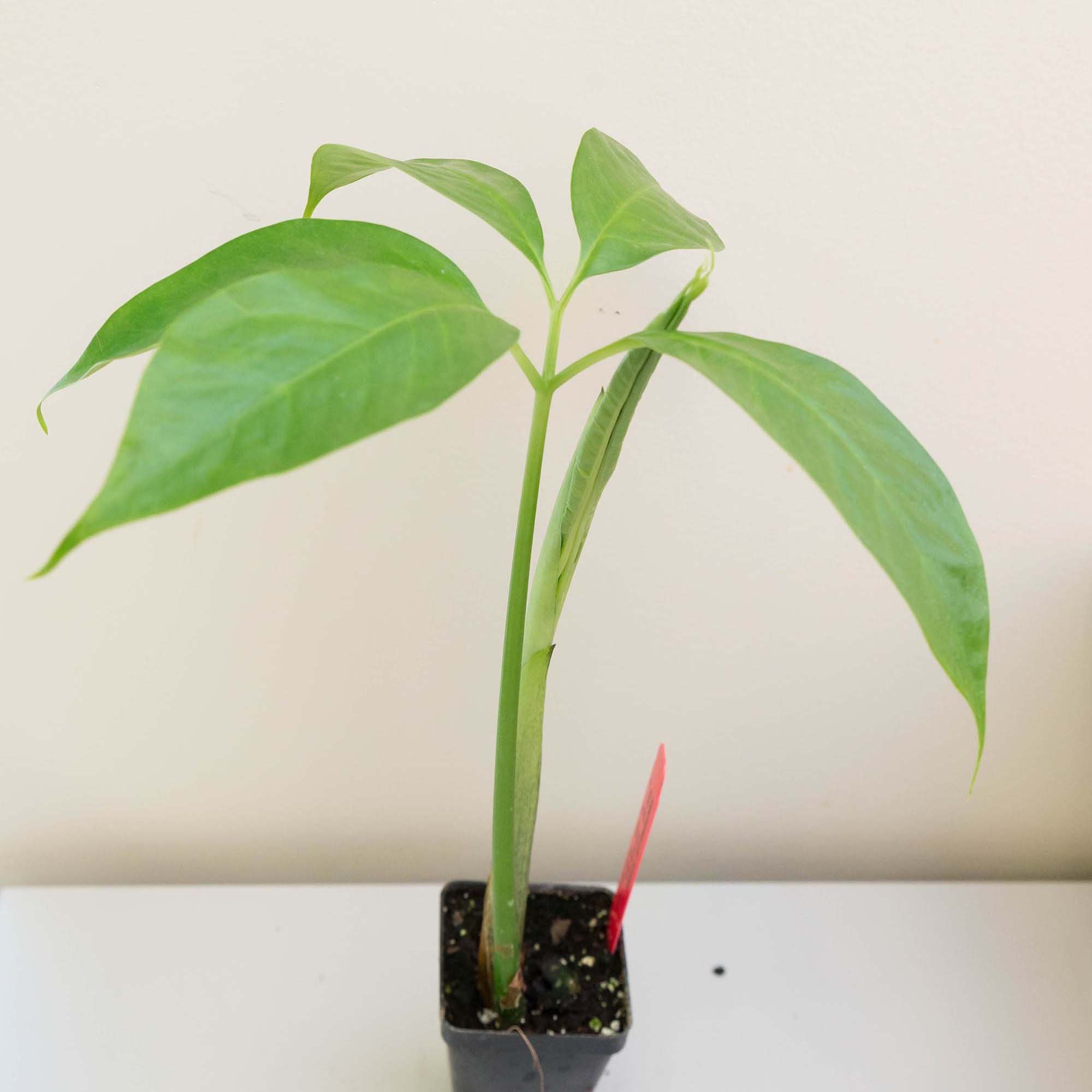 Now even more people may have the chance to learn about the unique corpse flower from seedlings sowed at the Garden that have been shared throughout the United States.

It all began about 12 years ago when the Garden procured titan arum bulbs and seeds, which we carefully cultivated until they were ready to flower. With the bloom cycles of Alice and Sprout, we wanted to try to pollinate our plants. In nature, titan arums are pollinated by carrion beetles. Since such insects don’t exist at the Garden, we needed to do the work ourselves. As Spike, Alice, and Sprout are thought to be very closely related (with very similar genetic makeup), we speculated that fertilization with pollen from our first titan—Spike—to Alice would not occur: they were “self incompatible”—a term that often describes a plant species that is unable to be fertilized by its own pollen. So in addition to Spike’s pollen, we looked for genetically different pollen. Fortunately, the Denver Botanic Gardens also had a titan arum (“Stinky”) in bloom last year, and they sent us some of Stinky’s pollen, which we used to pollinate Alice.

After the pollination, Alice developed large, plump red fruits. These fruits were harvested and cleaned, and Deb Moore, part of the Garden’s plant production team, sowed the seeds. The result: about 40 quick-growing seedlings—each a single titan arum leaf.

We decided to keep a few seedlings for our own uses, but we really wanted to share these young plants with the broader botanical community. We contacted institutions in the American Public Gardens Association to see if any would be interested in acquiring an Amorphophallus titanum.

We had great response. Seedlings were sent to 27 institutions (see Google map above), including the Cincinnati Zoo and Botanical Garden; the JC Raulston Arboretum at North Carolina State University; the Botanic Garden of Smith College in Northampton, Massachusetts; Ganna Walska Lotusland in Santa Barbara, California; the University of Idaho Arboretum and Botanical Garden in Moscow, Idaho; Smithsonian Gardens in Washington, D.C.; University of California-Davis Department of Plant Biology; and of course, three seedlings went to the Denver Botanic Gardens to grow alongside Stinky.