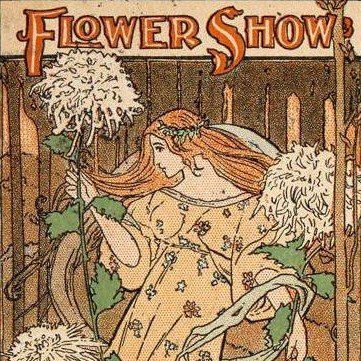 In 1860s New Hampshire, botanical artist Ellen Robbins perched before her canvas, creating wildly popular watercolors of fall leaves. Books of her paintings sold well, landing in the hands of high society members such as fellow artist Gertrude Graves, a cousin of poet Emily Dickinson. Graves presented her copy of one such volume, Autumnal Leaves, to the Massachusetts Horticultural Society in 1923, where it remained until being acquired by the Chicago Botanic Garden in 2002. Today, the historic, storied volume is accessible to us all via a visually crisp, easily navigated online library.

Autumnal Leaves is one of the historic books, postcards, and similar materials digitized and conserved by the Garden in recent years and now accessible via the Internet.

“It just opens up the opportunities for more people to see the wonderful pieces that we have,” said Leora Siegel, director of the Garden’s Lenhardt Library, which was established by the Woman’s Board of the Chicago Horticultural Society in 1951.

The Lenhardt Library’s impressive collection includes materials dating from 1483 to 1917, which are now available online to an expanded audience.

“In this age of e-books, these primary resources are something different. They are something really important to our civilization and culture,” said Siegel, who is delighted to help the public, scientists, historians, and artists from around the world access the remarkable materials.

Publications originating in North America are predominant in the collection. Western European books that once resided in the private family libraries of dukes and earls are also included. In some cases, bookplates were traced back to their original owners.

“They were in private libraries and only the family could read them, and now they are on the web and anyone can get to them,” remarked Siegel. The international component of the digitized collection also includes ikebana illustrations from Japan.

These materials were part of a collection of some 2,000 rare books and 2,000 historic periodical titles collected by the Massachusetts Horticultural Society of Boston before being purchased by the Garden in 2002. Since that time, grants including a $172,000 award from the National Endowment for the Humanities in 2011, allowed the Garden to digitize 45 of the books that have traveled time and distance to reach us today.

What did South America’s tropical vegetation look like to illustrator Baron Alexander von Humboldt in the 1850s? How was the Horticultural Building portrayed in Chicago’s 1893 World’s Columbian Exposition?

The answers can be found in the preserved volumes and vintage postcards accessible via the Illinois Digital Archives and the Garden’s new digitized illustrations website, launched in September.

The new site houses illustrations from a significant number of titles and interpretive notes, and it is continuously updated with material. From books on grafting plants to postcards from flower shows, there is much to discover with cultural and scientific relevance.

“The botanical illustrations come close to our herbarium specimens in many cases because you really see the roots and the life cycle of the plant,” noted Siegel.

The majority of materials were digitized offsite by the premier art conservation center in the United States, the Northeast Document Conservation Center. When the processed files arrive at the Garden, metadata is added by Garden librarian Christine Schmidt. She then adds the files to a software program that allows them to be accessed through either website. A volunteer photographer also contributes to the files. In the most recent set of 45 digitized volumes, 18 are currently being processed and prepared for the site.

While the rare books are still available by appointment to those who can make it into the library, many of the books are delicate and will benefit from an increased percentage of online viewing into the future.

Allowing access to these materials online has yielded many rewards for those who made it possible, from contributing to research around the world to the reproduction of selected images in new book publications, which is done with special permission from the Lenhardt Library.

“People are really blown away,” according to Siegel. Garden exhibitions have benefited from the collection as well, such as the winter Orchid Show exhibition, which was enhanced by complimentary full-text access to some of the rare books from the online portal.

Next, Siegel hopes to digitize the Garden’s collection of an estimated 20,000 pages of manuscripts of scientists’ field notes.

“We have some unique one-of-a-kind manuscripts that no one else has,” she said. “This is just the start.”