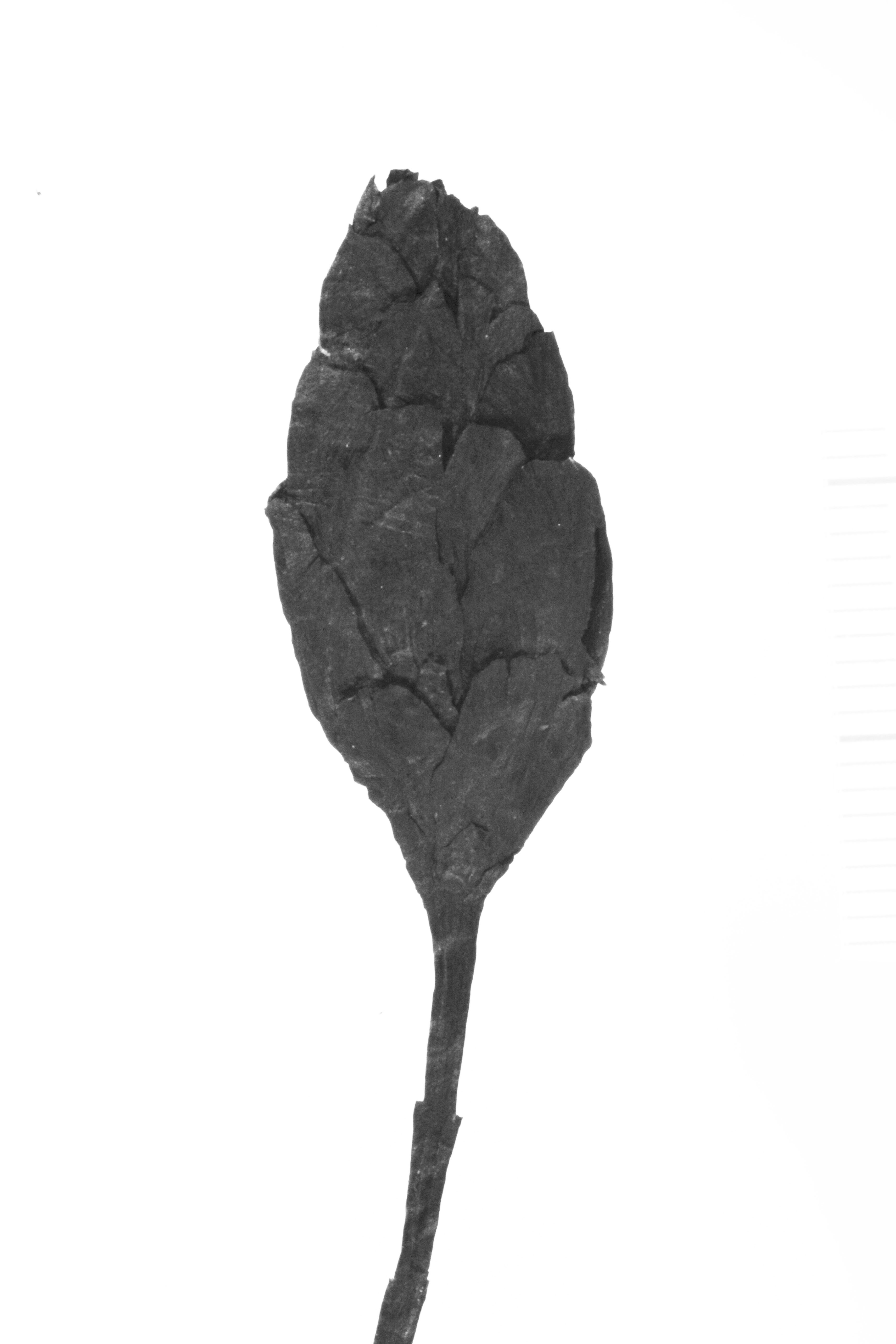 On a cool August 2011 morning in Ulaanbaatar, the capital of Mongolia, Patrick Herendeen, Ph.D., of the Chicago Botanic Garden began a mission. Gathering with a team of international researchers, he set out into the vast countryside in search of rare plant fossils dating back to the time of dinosaurs, a time called the early Cretaceous period. Through this ongoing research project, the team is working to solve mysteries of plant evolution and inform science around the globe.

After completing fieldwork on expeditions in 2011 and 2012, Dr. Herendeen, a senior scientist at the Garden, is poised to make major strides in his research this year. He told me more about his work on a recent tour of his laboratory at the Garden.

During fieldwork in the grassland steppes of Mongolia, just north of the Gobi Desert and often at an elevation of nearly 5,000 feet, he picks through lignite coal in active strip mines and looks for fossils of everything from plant parts to pollen. “Mongolia is an area where there has been very little research done on fossil plants,” said Herendeen. Yet, “there is a lot of material there of an age that is very interesting for understanding the evolution of flowering plants.”

Sometimes, he finds leaf imprints in shales between layers of coal, and will spend a day or two in the field splitting rocks to prepare them for study. More often, he places promising chunks of lignite, a flaky black form of coal, into gallon-sized plastic bags and brings them back to his lab at the Garden for closer study. 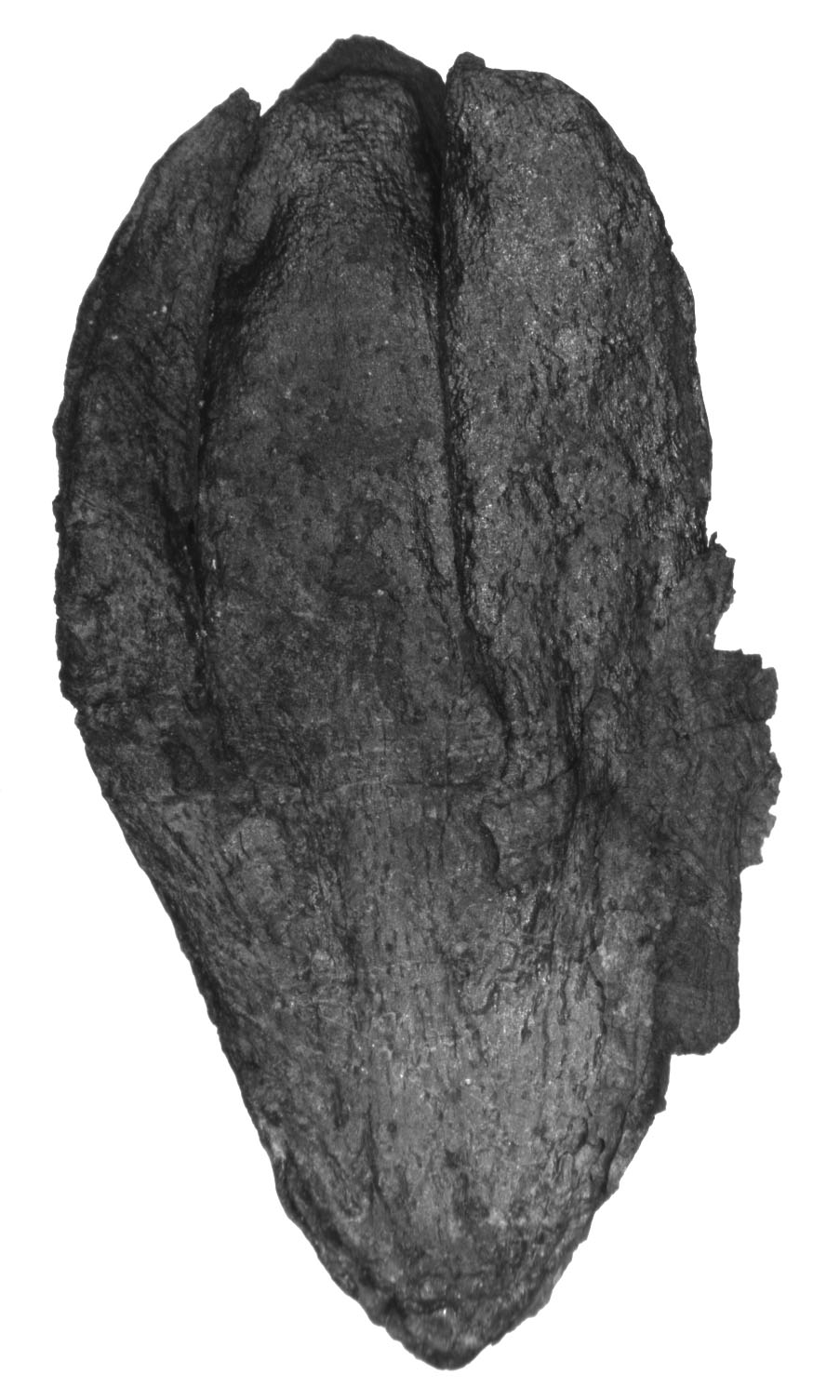 In the Garden’s Daniel F. and Ada L. Rice Plant Conservation Science Center, Herendeen empties the bags of samples and gently breaks up the lignite pieces to uncover fossils. He often finds 20 or more types of reproductive structures, stems, leaves, and pieces of wood from multiple plants in just one sample. Some pieces are so tiny that they can only be seen through a microscope. He must then determine which parts go together in order to create a picture of what each plant looked like in the days of the dinosaur. “It’s like collecting the litter off the forest floor and then trying to sort out which parts are from the same plant,” he said. Already, he and his collaborators have identified more than a dozen types of extinct plants.

The majority of plants found so far are gymnosperms, mostly members of the pine family and related conifers. These discoveries have yielded some answers as to how plants evolved over the past hundred million or so years—such as how major events like volcanic eruptions, disease, or climate change may have impacted changes in their structure and in plant communities. “You can’t understand the history of those habitats without understanding the history of the plants that make them up,” said Herendeen. Although many answers have been found, many questions have also been opened.

Discover more: Attend a lecture on the gingko tree by Dr. Herendeen’s research colleague, Sir Peter Crane, and the unveiling of his forthcoming book, Ginkgo: The Tree That Time Forgot.

A particularly interesting discovery, according to Herendeen, was a seed plant without a clear connection to any group of plants known today. Its physical structure is unique, and its story is yet unknown. “It doesn’t often happen that we find something that we don’t know what major group of plants it belongs to, so it is quite intriguing,” he said.

Although his findings have been rich so far, Herendeen is still searching for what he considers to be the ultimate treasure. He is particularly interested in the origin and evolution of flowering plants, also known as angiosperms. Fossils of angiosperm pollen grains are present in the Mongolian material, but so far no fossil flowers or other parts of flowering plants have been discovered. He hopes to find better angiosperm fossils when he returns to Mongolia this summer to help document their early existence in central Asia.

The plants Herendeen is researching are the ancestors of many that can be seen at the Garden today, including those in the Dwarf Conifer Garden. Gingko trees, also gymnosperms, may be found in the Elizabeth Hubert Malott Japanese Garden and on the north side of the meadow on Evening Island. Cycads are yet another group of gymnosperms that may be represented in the Mongolian fossil assemblages. Visitors can see a cycad tree with pods, standing about 10 feet tall, in the tropical greenhouse at the Regenstein Center.

2 thoughts on “Through the Lens of a Plant Detective”