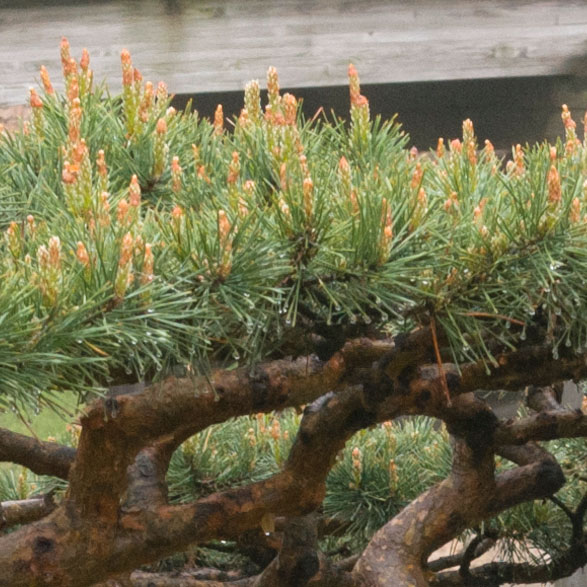 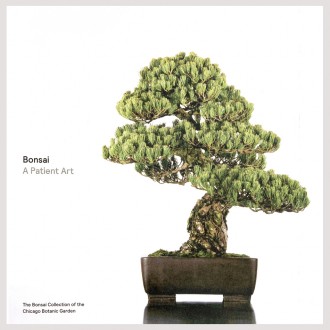 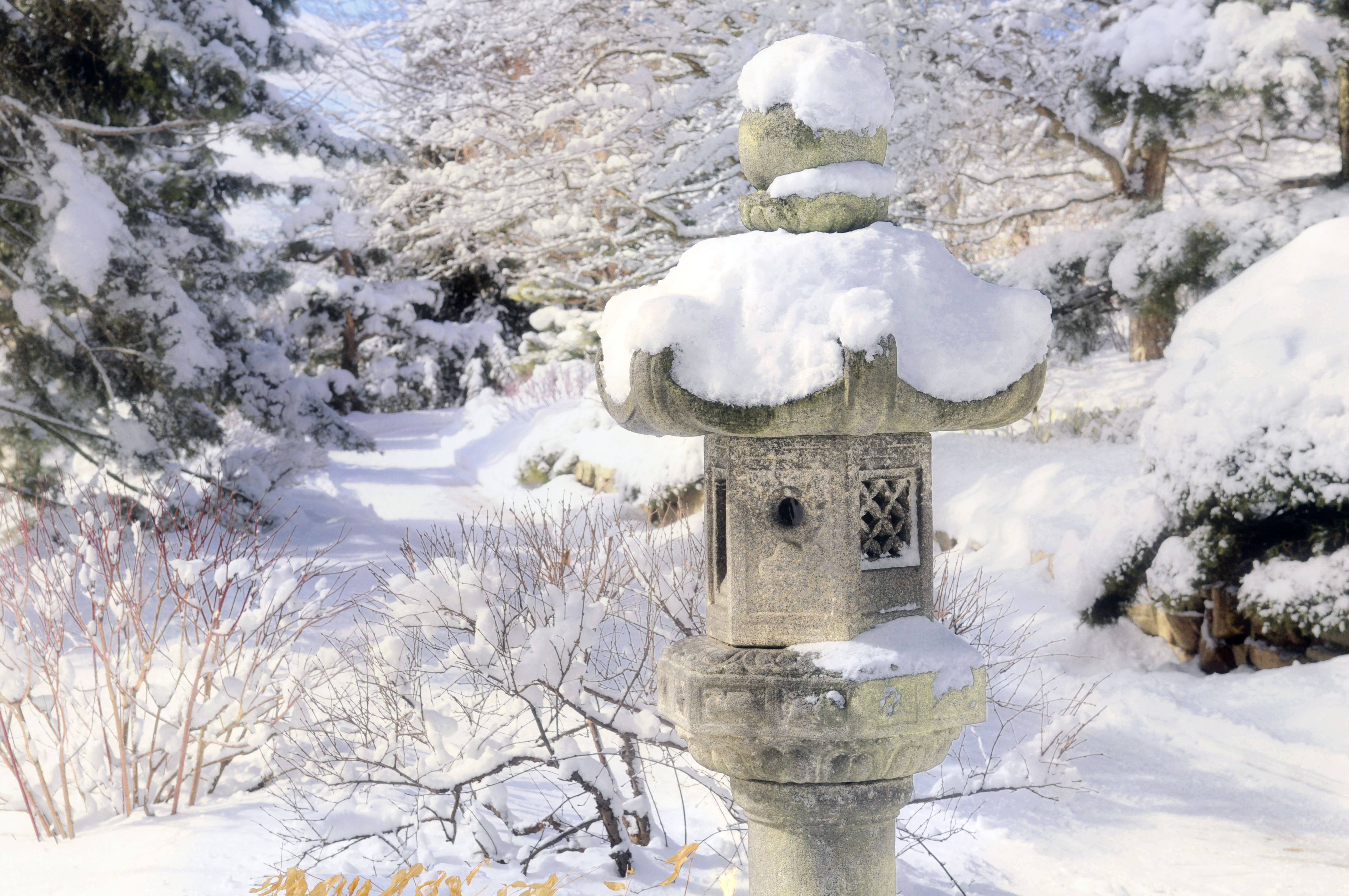 While many city-dwellers might be noticing a serious lack of snow this season, winter finally arrived at Chicago Botanic Garden last week.

The first significant snowfall of the season gave the Garden a perfect white coat for winter. What better reason for a walk through the Malott Japanese Garden?

Many consider winter to be the Japanese Garden’s most beautiful season. Its design emphasizes nature’s forms like clouds, stones and hills. In winter, pruned magnolias, azaleas, forsythia, quince, as well as smooth lumps of yews and junipers, resemble white boulders or fluffy clouds. Open-pruned pines, wired to maximize long and borrowed views, are natural snow catchers, offering up their own cushions of snow. Even the lanterns are designed to catch and display light snowfall.

To learn more about celebrating winter in Japanese culture, be sure to check out the Three Friends of Winter show, held at the end of January each year.

The annual Three Friends of Winter exhibition highlights the bonsai in winter, when its structure is at its most elegant. This Bonsai exhibition is open from 10 a.m. to 4 p.m. January 29-31, 2010. Want to try your own hand at learning the art of Bonsai? The Joseph Regenstein Jr. School holds classes throughout the year. Register online at chicagobotanic.org/school. For more information on the Three Friends of Winter event, visit chicagobotanic.org/plantshows/three_friends.