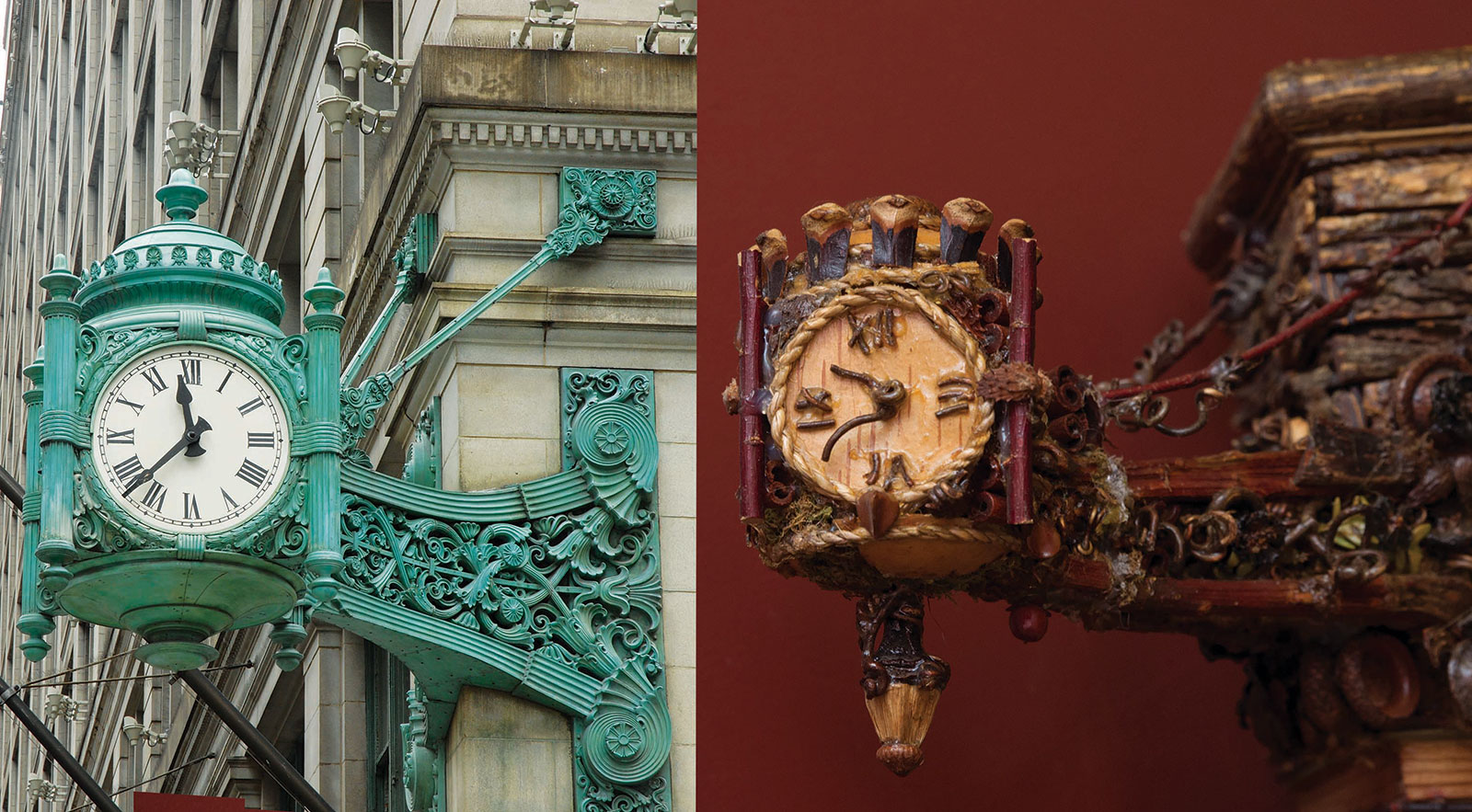 The marvelous miniatures of Wonderland Express reunite with their iconic Chicago landmarks for the holidays! Below are six of the most popular of our 80+ replicas alongside their real-world landmarks for comparison.

Created by Applied Imagination for our holiday and model train exhibition and photographed by staff photographer Robin Carlson, each model building is created in detail using only botanical materials. Come see these models and more for yourself: Wonderland Express is open daily November 27, 2015–January 3, 2016.

1. Willis Tower
Have you had the nerve to try “the Ledge” yet? The glass balcony on the 103rd floor of Willis Tower (formerly Sears Tower) wouldn’t be quite so intimidating from our 9-foot-tall replica…

3. Newberry Library
In 1998, more than 100 years of city soot was washed from the darkened exterior of the Newberry Library, revealing its original 1893 surface of Connecticut pink granite.

4. Chicago Theatre
Called “the Wonder Theatre of the World” in 1921, the Chicago Theatre is a landmark loaded with other landmark references: the arch over the glitzy marquee is modeled after the Arc de Triomphe in Paris, the lobby after the Royal Chapel at Versailles, and the grand staircase after the one in the Paris Opera House.

5. Chicago Stadium
Before there was the United Center, there was the Chicago Stadium, home to the Blackhawks, the Bulls, boxing, ice shows, superstar concerts (Elvis, the Rolling Stones), and political conventions galore. Opened in 1929 and demolished in 1995, the Stadium was state-of-the-art for its day, despite being described as having “the acoustics of a shower stall.”

Wonderland Express is a 10,000-square-foot holiday-themed exhibition that’s become a family-friendly tradition at the Chicago Botanic Garden. Model trains travel over bridges, under trestles, and past waterfalls on their way through a magical landscape with more than 80 mini-replicas of Chicago-area landmarks, all created with natural materials.