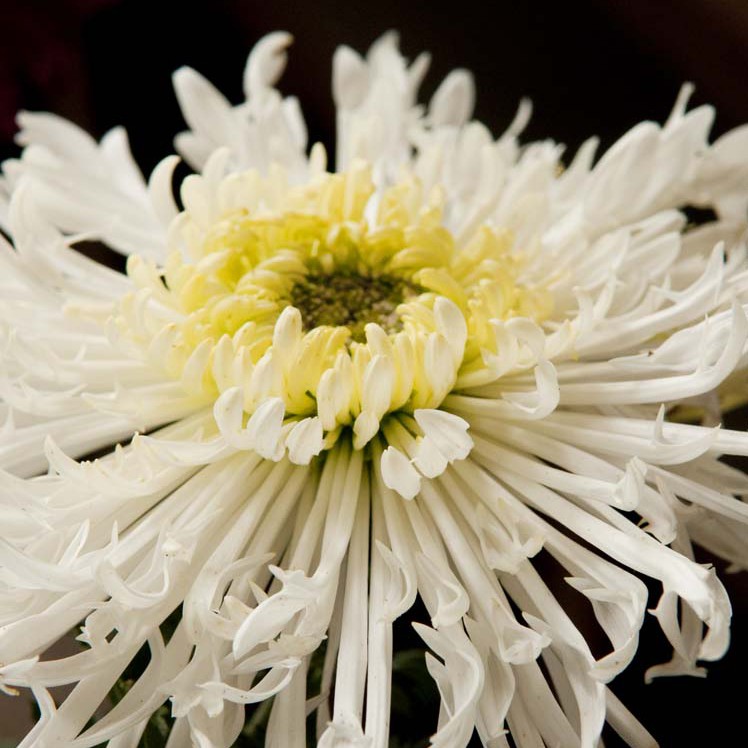 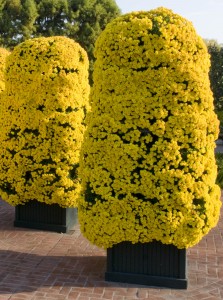 The fall mum display at the Chicago Botanic Garden is an annual tradition that requires careful planning and attention to detail. We wanted to let you know what it takes to grow over 13,000 mums each year and train them into interesting shapes and forms.

The first mums you’ll notice are located at the entrance to the Visitor Center. Four 10-foot tall obelisk-shaped mum towers were planted with gold colored mums, named ‘Golden Spell.’ The obelisks are fitted with an internal watering system that allows for easier and even water distribution to the sides of the towers. About 260 plants go into each one of these towers and it takes about 6-12 hours each week to maintain them through the summer months. 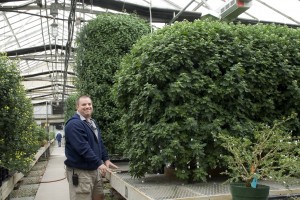 Our fall hayracks cascade over the bridge between the Visitor Center and the Crescent Garden. We grow two sets of these to provide blooms throughout the fall season. Each set lasts from 3-4 weeks. This year we grew a yellow anemone type named ‘Megumi’ and a bronze colored daisy type mum named ‘Vernal Falls’.  Starting in February, we take all the cuttings for the hayracks from our stock of plants. Fifteen plants go into each hayrack frame and it takes 24 hayracks and 6 side planters to cover the bridge. We spend about 16-20 hours per week training the stems to grow down instead of up. We weigh the stems down with hexagon nuts and spend the summer pinching and trimming the plants to maintain the shape. 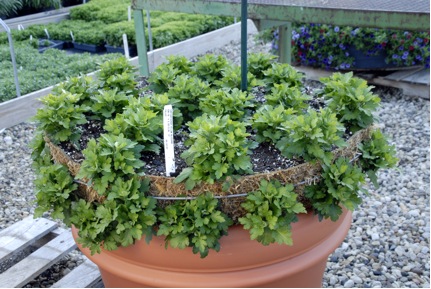 We also plant 108 giant mum containers for the display in the Esplanade and other gardens. Starting in June, with the help of our summer interns, we spend three days planting about 40-70 plants in each container. We use hanging basket frames to train the mums into a rounded shape. We shear the to 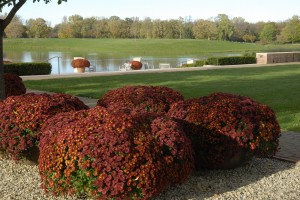 ps twice during the summer and use growth regulators to keep the growth compact.  The last shearing is done no later than July 22. We are constantly feeding the mums and watering every other day to keep them in good health. 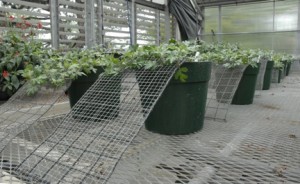 Finally, we planted two varieties of cascading mums this year in the Malott Japanese Garden: a white anemone flowered mum, named ‘Snowfall,’ and a yellow mum, named ‘Megumi.’ These mums are trained to cascade down a mesh screen. 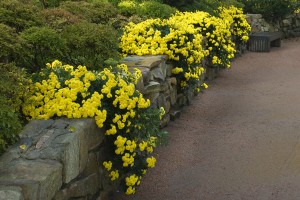