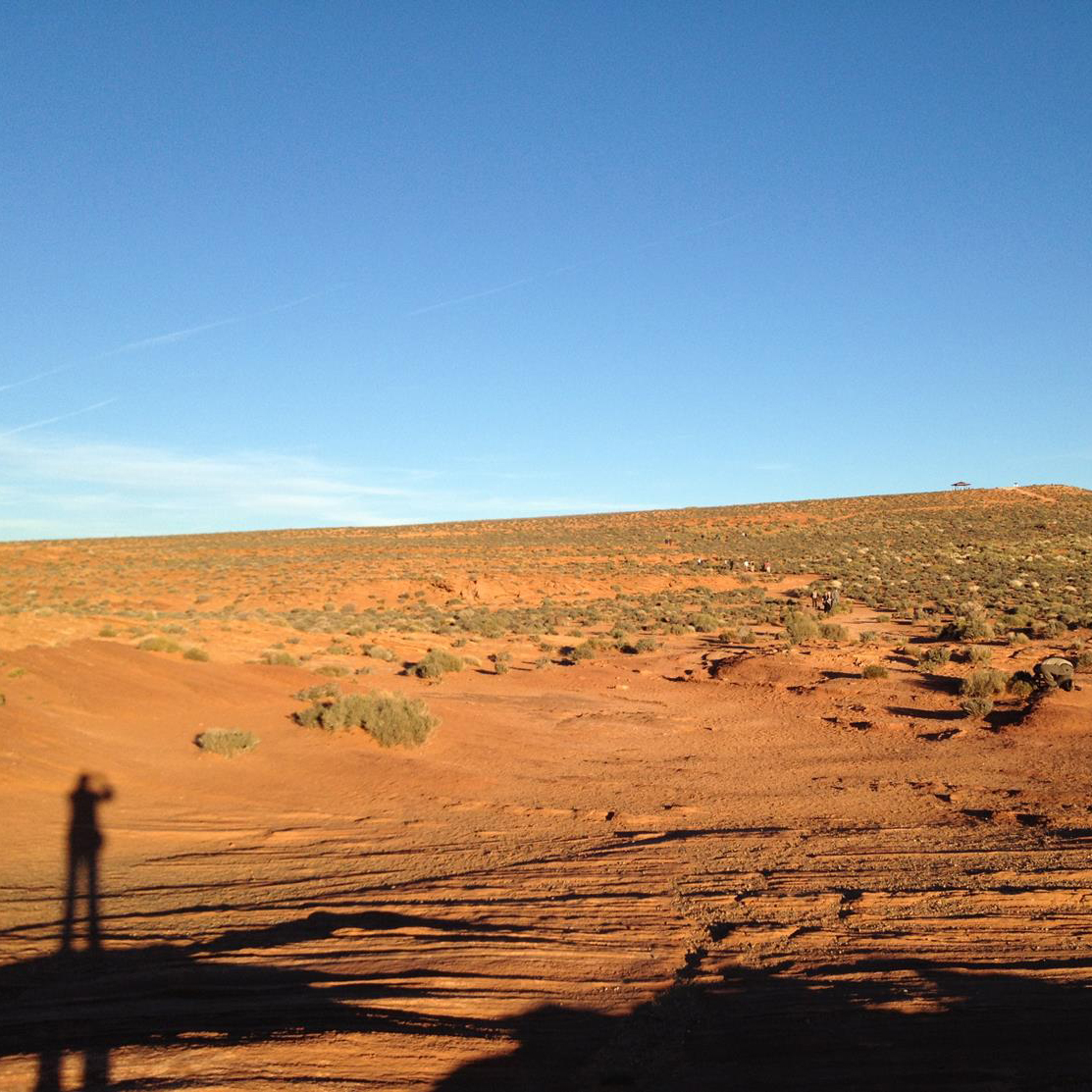 I’m a conservation scientist here at the Chicago Botanic Garden. I have an incredible job that allows me to work with many wonderful graduate students and a team of researchers to study ways to restore natural areas in the Colorado Plateau.

If you’ve ever visited national parks like the Grand Canyon or Arches, you’ve experienced at least some of what the Colorado Plateau (also known as the Four Corners region) has to offer. It includes more than 80 million acres across Utah, Colorado, New Mexico, and Arizona—and the largest concentration of national parks in the country.

Although beautiful, the Colorado Plateau’s natural areas are facing many threats, including wildfires, a changing climate, and destructive invasive species such as cheatgrass (Bromus tectorum) and Russian knapweed (Acroptilon repens). Working with many partners, including the Bureau of Land Management, we are studying which native plants may be best able to handle these growing threats (we refer to them as “native winners”). The ultimate goal is to help make restoration of these plants and habitats as effective as possible in order to maintain healthy natural areas that support wildlife and pollinators, and help keep our air and water clean.

This is no small task. The invasive species that the native plants are up against are very impressive. For example, Russian knapweed is allelopathic (prevents other plants from growing nearby), and it has roots that can grow more than 20 feet deep, seeking the water table. Fortunately, some native species are also able to grow in these conditions, and some even appear to be evolving and adapting to be better competitors.

Three Northwestern University graduate students are working with me. Master’s student Nora Talkington is testing how different populations of a native grass are able to compete with Russian knapweed, while doctoral student Alicia Foxx is researching how different root structures of native plants help them compete with invasive species. Master’s student Maggie Eshleman is studying six native wildflower species including the smallflower globe mallow (Sphaeralcea parvifolia), which has tiny, fiery orange flowers. These wildflowers are likely “native winners” and are strong candidates for increased use when restoring habitat in the Colorado Plateau.

A rainbow of wildflowers for restoration:

This summer was a busy one. My students and I spent many weeks in the Colorado Plateau working with collaborators to collect seeds (as part of Seeds of Success collectors—a national native seed collection program). These seeds are now being used for studies in the Garden’s research greenhouses and growth chambers, and at study plots in Utah, Arizona, and Colorado. In the Garden’s Daniel F. and Ada L. Rice Plant Conservation Science Center, we are also using incubators to create spring- and summer-like conditions that will help us understand when and why seeds of certain species are able to germinate and grow. This is an important aspect of ultimately being able to restore species in a degraded habitat.

How cool is it to be able to take research that’s been done on a small scale and actually apply it to the real world? I feel so lucky to be able to do this work, and being here at the Chicago Botanic Garden has allowed me to build long-term partnerships that investigate the application of research, rather than just focusing on publishing it. Stay tuned for updates on how these native winners perform.

This post was adapted from an article by Nina Koziol that appeared in the winter 2014 edition of Keep Growing, the member magazine of the Chicago Botanic Garden. 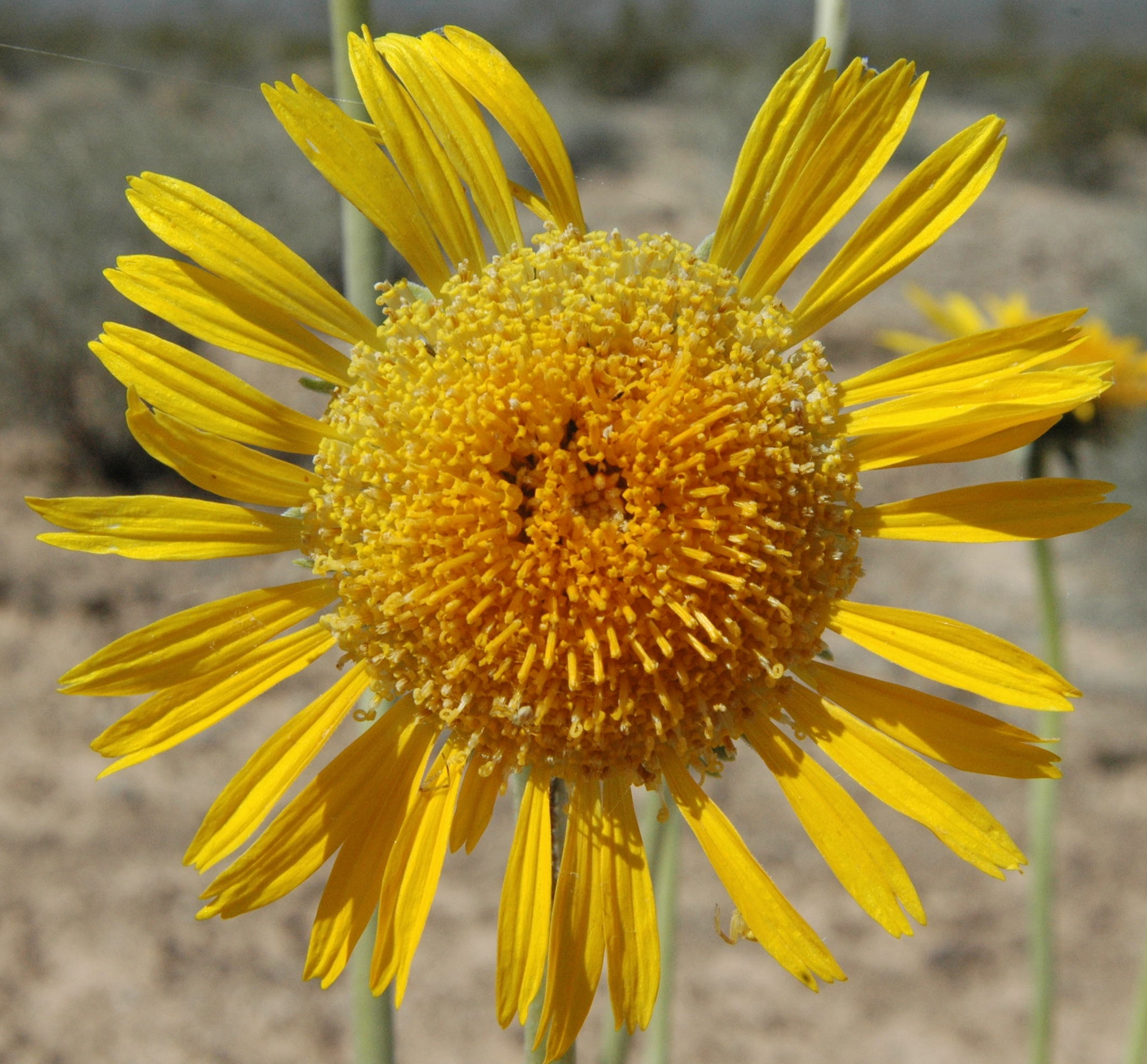 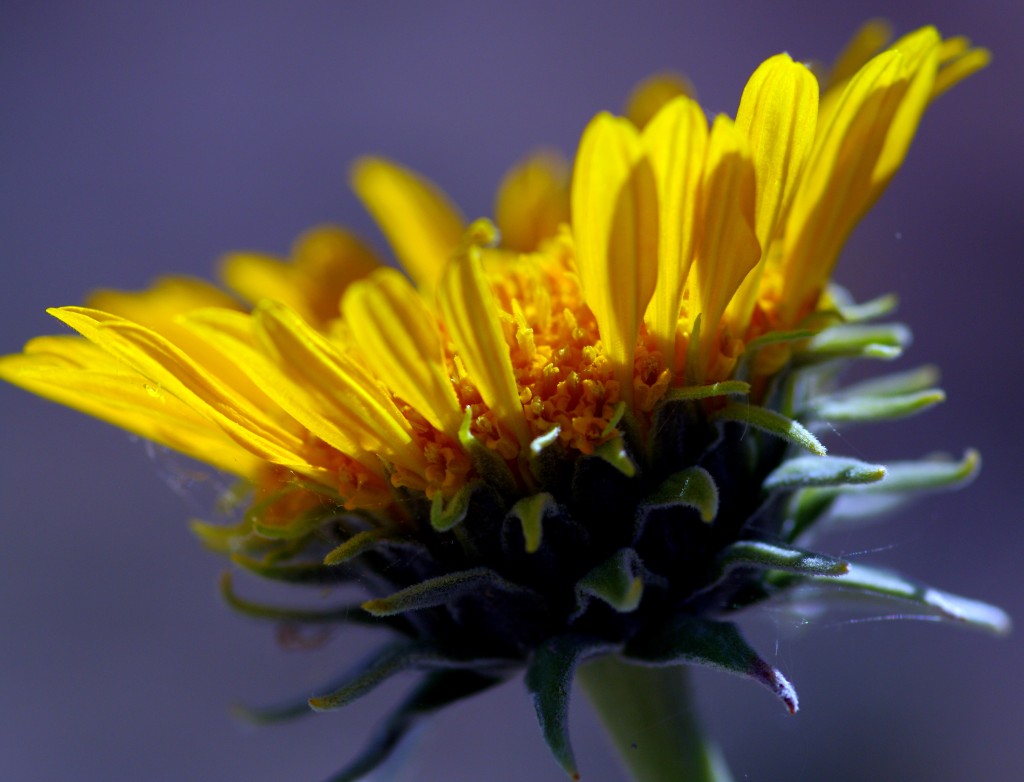 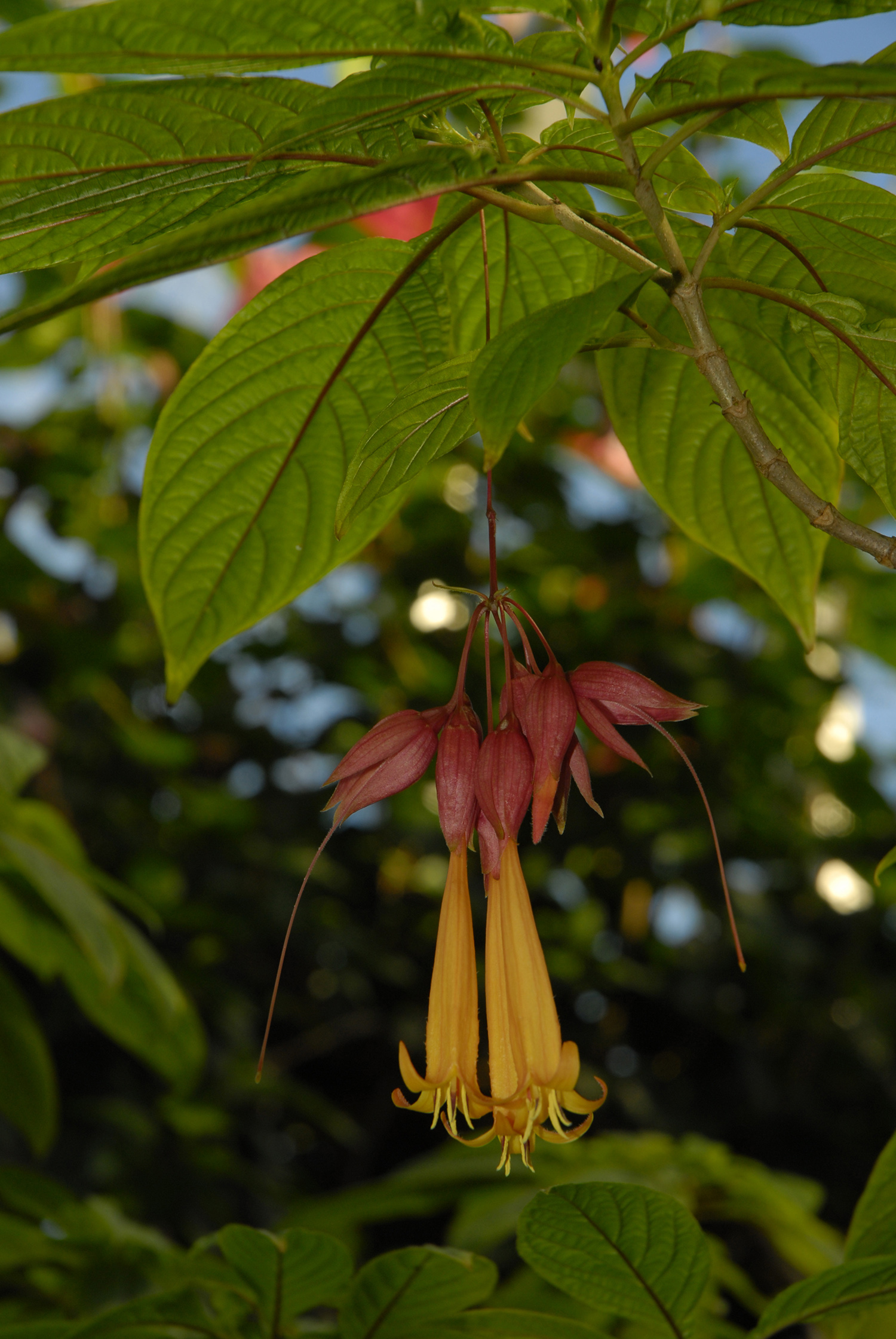 We recently toured the Greenhouses with Boyce Tankersley, director of living plant documentation, to see what’s in bloom and take in the different climates visitors can enjoy.

In the Arid Greenhouse, we saw a number of species of aloe from South Africa just coming into bloom as well as cacti and succulents.

In the Tropical Greenhouse, we were surrounded by palms and cycads while we admired the many orchids in bloom. Tankersley pointed out the acanthus cultivar (Aphelandra sinclairiana ‘Panama Queen’) native to Panama and Costa Rica, as one of his favorites. 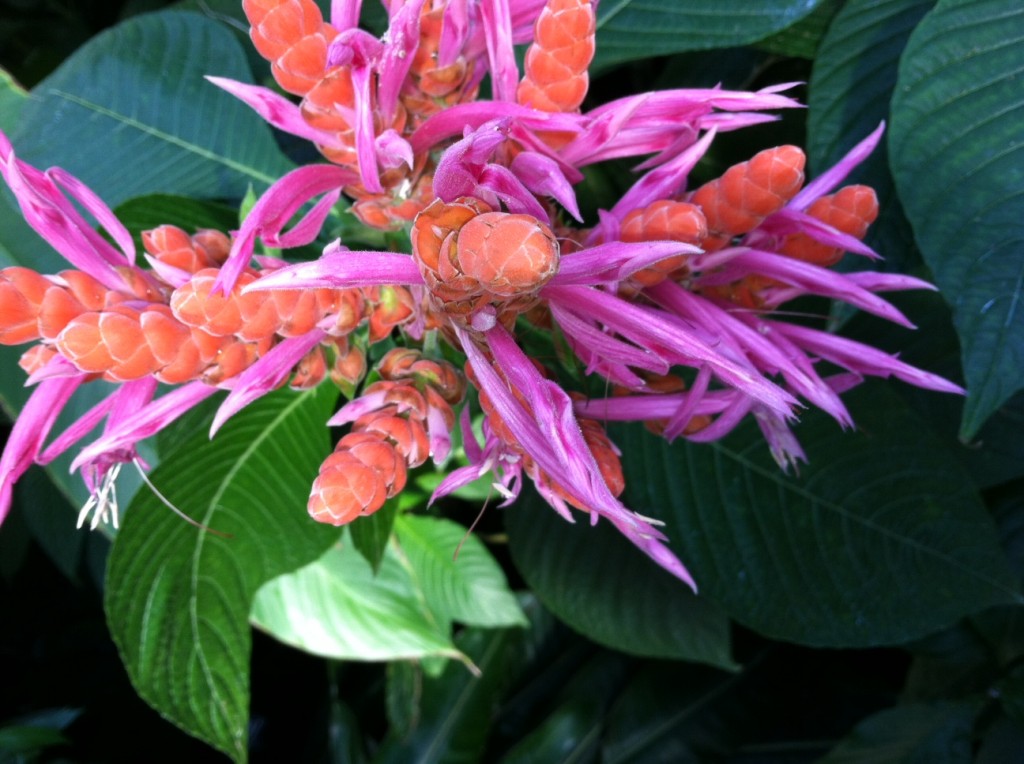 The Semitropical Greenhouse was filled with blooms like pinkball dombeya (Dombeya wallichii). Native to East Africa and Madagascar, the genus is a highly sought-after ornamental in USDA Zones 9 and warmer. 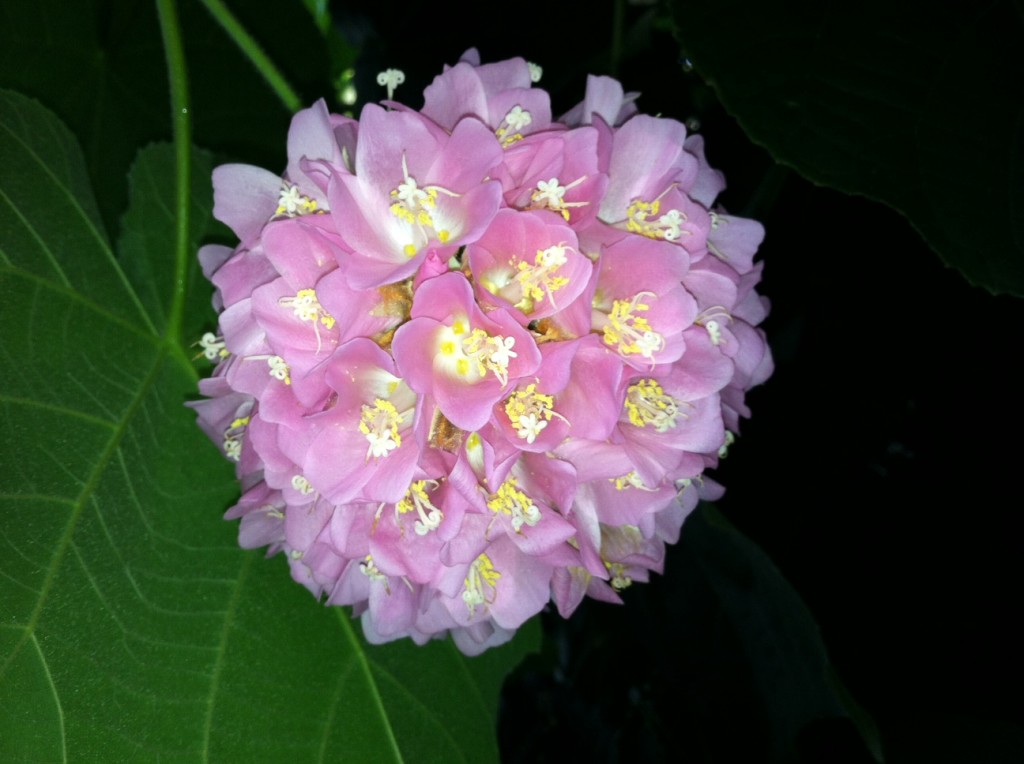 One of the rarest plants in our collections is Deppea splendens. Native to the mountains of western Mexico, this plant is extinct in the wild. 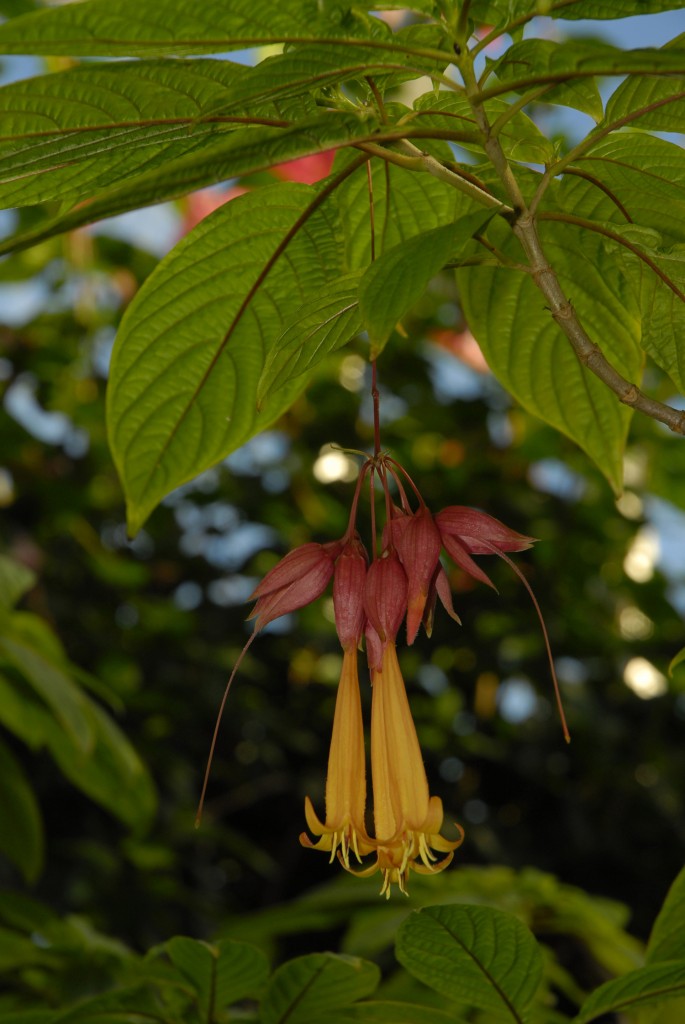 Visit our What’s in Bloom highlight page each week — twice a week during the summer bloom season — to learn more about the different plants in bloom. Then, come out to see them in person for their fragrance and the humidity of the warmer greenhouse climates. 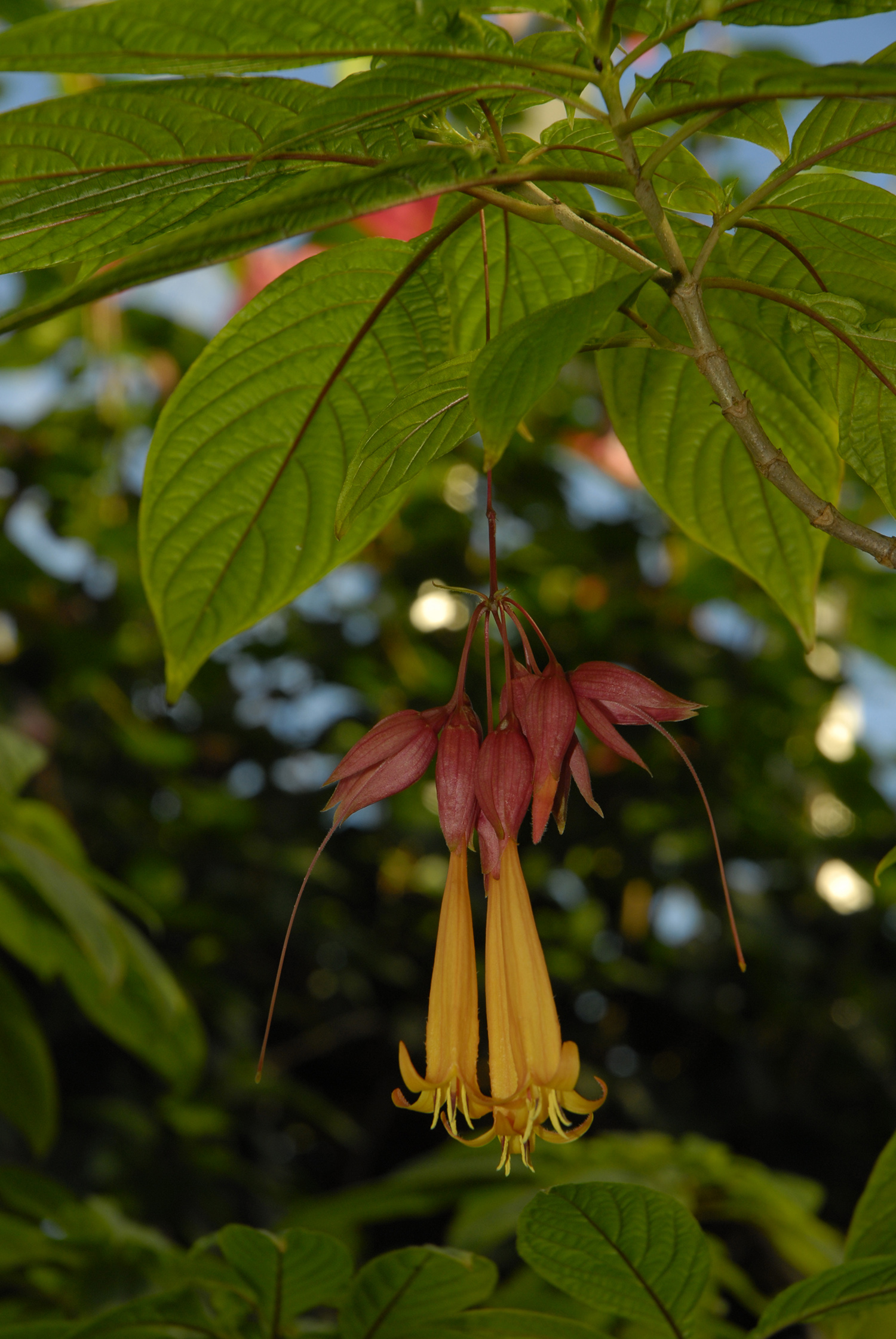 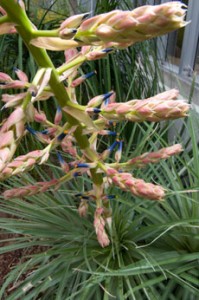 An interesting plant has come into bloom for the first time in the Arid Greenhouse. Turquoise puya (Puya alpestris) produces brilliant turquoise flowers accentuated by intensely orange anthers. The species is native to the high desert mountains of southern Chile, and obtains almost all of its water from the morning dews that briefly precipitate water before sunrise. The long, thin, arching leaves are protected by spines along the margin that discourage herbivores from taking a bite. Learn more about this and four other plants in this week’s Bloom Highlight. http://www.chicagobotanic.org/inbloom/highlight.php