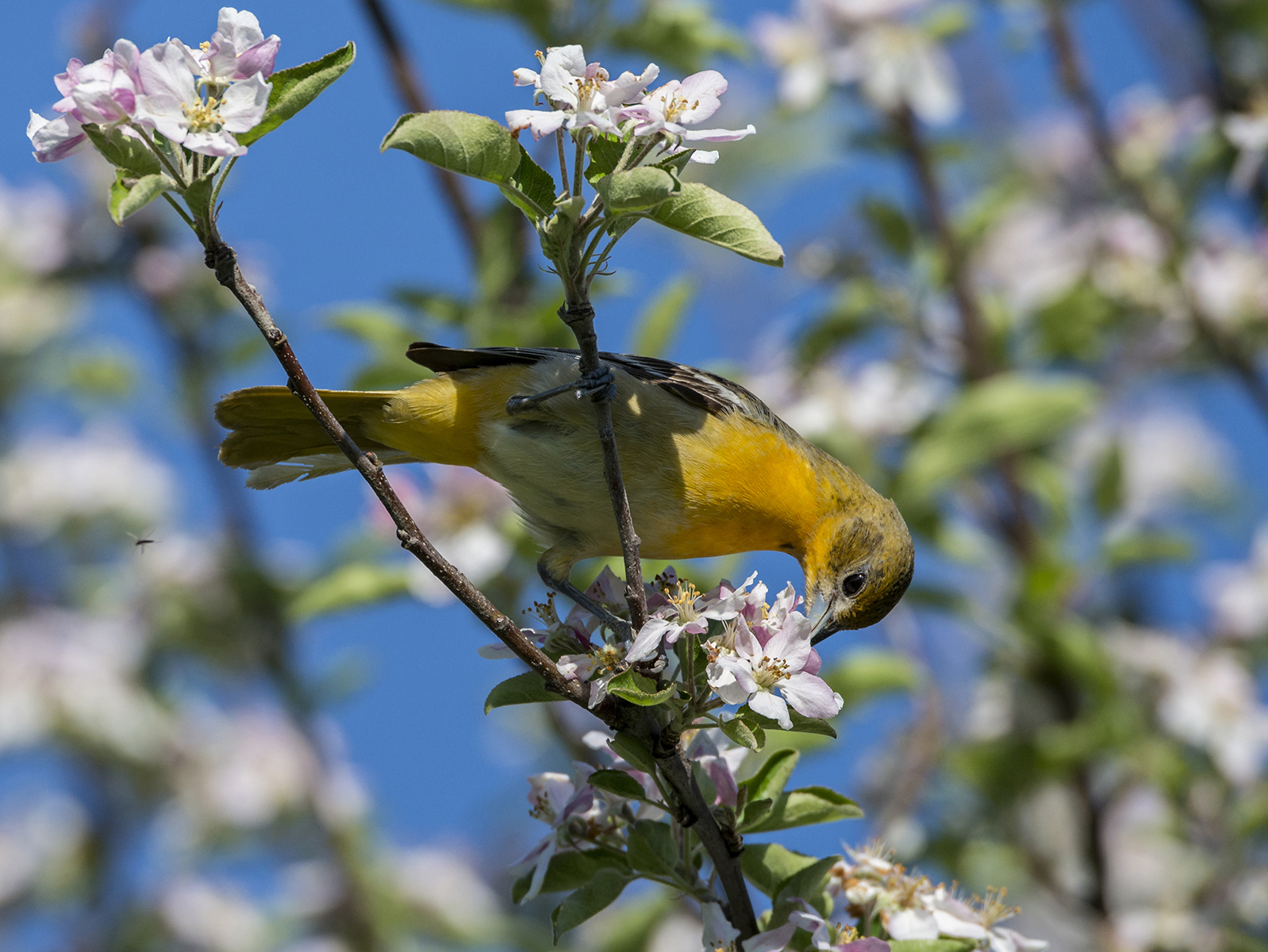 These colorful birds eat insects, fruit, and nectar, (and grape jelly!), and can help keep populations of pests such as Lymantria dispar moth caterpillars in check. Agile members of the blackbird family, orioles can hang upside down and walk across twigs, or fly directly from perches to grab flying insects. Besides the “tea-dear-dear” song, orioles also give a series of chatters and scolding notes, which can alert you to their presence.