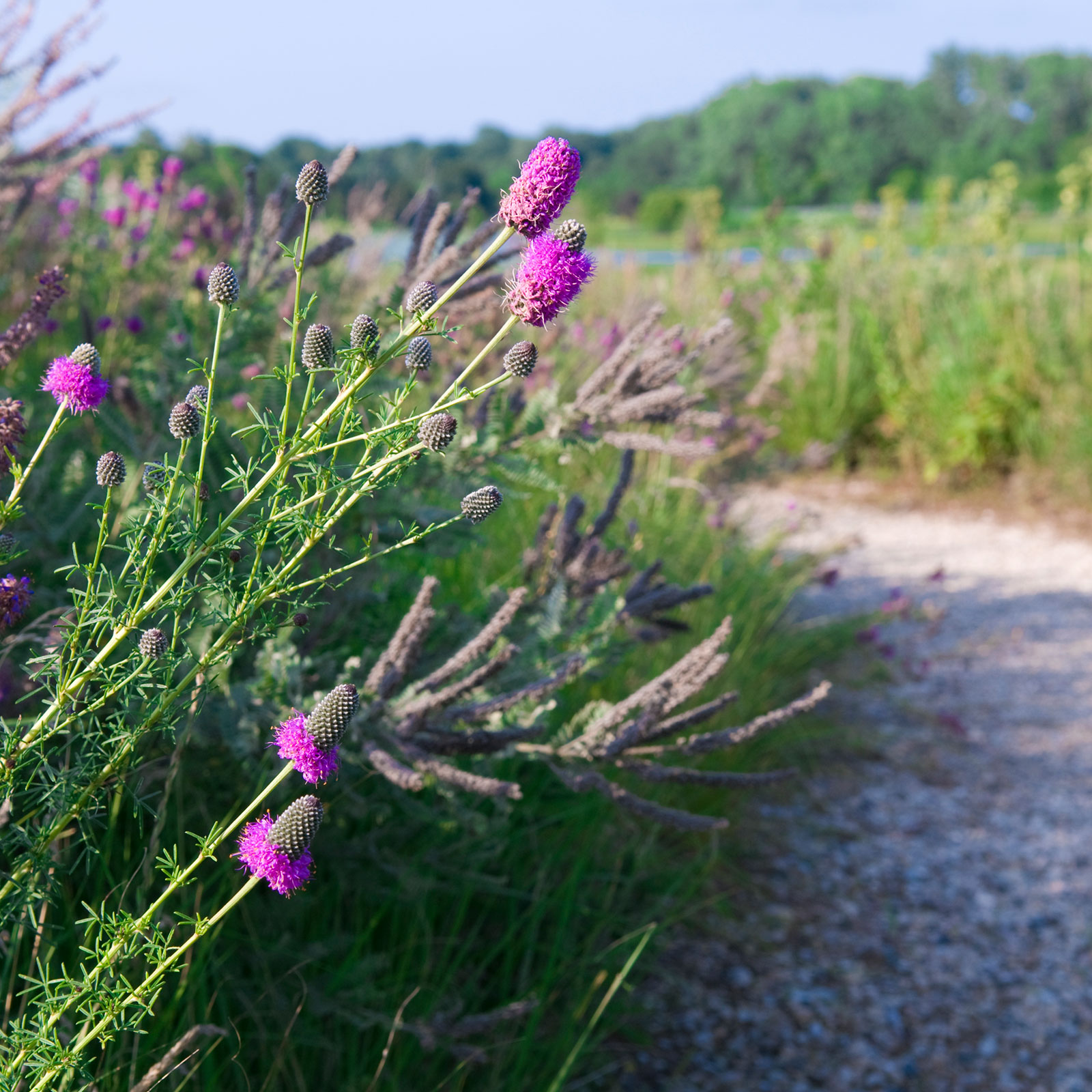 For more than two decades, leaders in conservation science have come to the Chicago Botanic Garden each summer to discuss timely topics from monarch butterflies to assisted plant migration.

Seeds will be planted again on Monday, June 13, when regional stewardship professionals, academics, restoration volunteers, and interns gather for the Janet Meakin Poor Research Symposium. The annual day of lectures and discussions covers the latest findings in conservation research and best practices in restoration, while inspiring conversations and new partnerships.

“I think the science that pertains to land management is always evolving, and therefore best practices are always evolving,” said Kay Havens, Ph.D., Medard and Elizabeth Welch senior director, Ecology and Conservation, and the moderator of the symposium.

The 2015 symposium focused on restoration solutions for large-scale implementation, and this year’s theme, Seed Sourcing for Restoration in a Changing Climate, builds on the concept of seed management. “It focuses on conservation research and restoration and tries to make links with the land management community—so not just reporting the science but also reporting how that could influence land management,” explained Dr. Havens. This subject is especially timely, according to Havens, as it follows the first year of the National Seed Strategy for Rehabilitation and Restoration. The Garden has played a key role in establishing the seed strategy, which will create a network to ensure native seeds are available in restoration efforts, especially in fire-ravaged western rangelands.

Read more about the symposium or register online for Seed Sourcing for Restoration in a Changing Climate today. 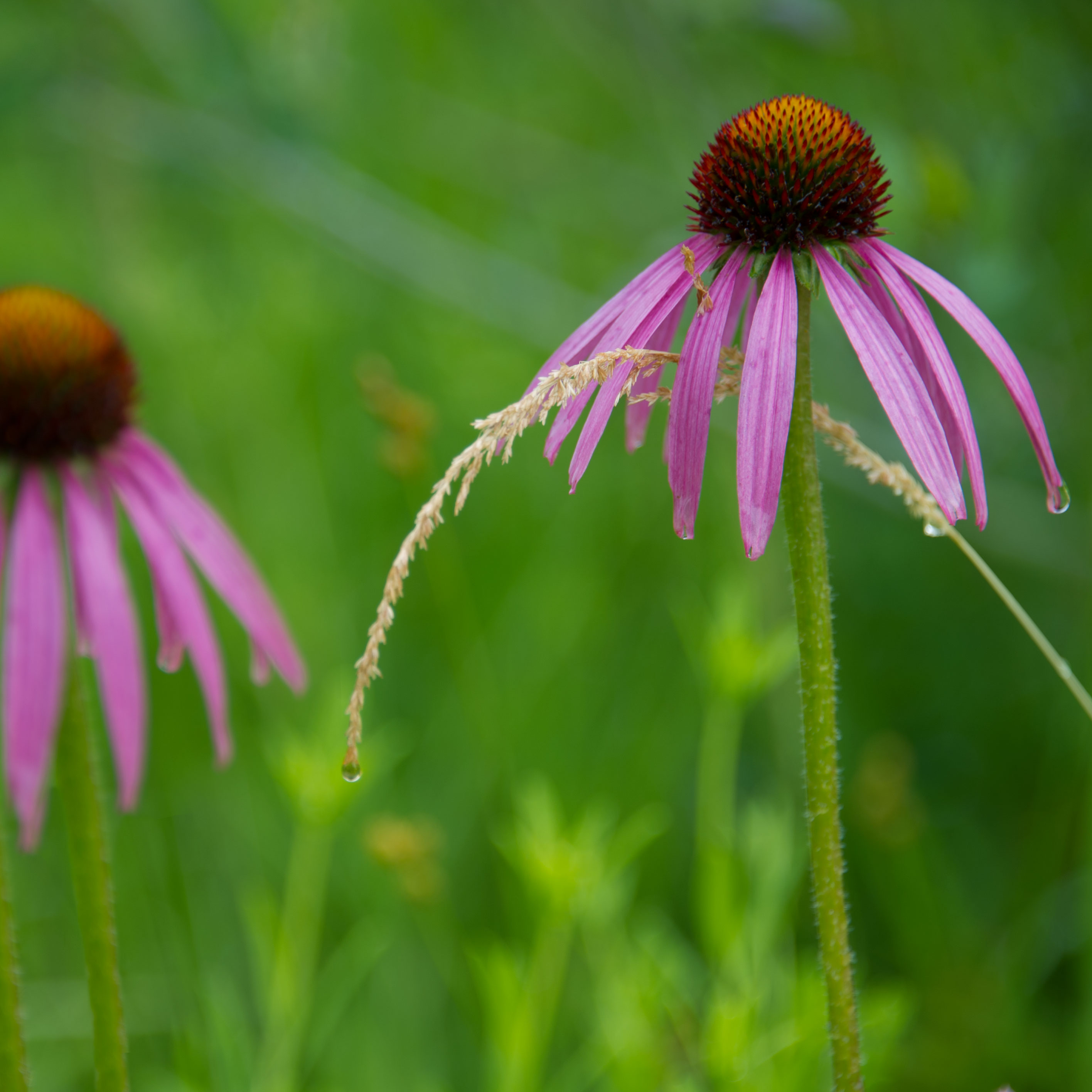 Wildfire. Flooding. Thirst. These issues can all be addressed through large-scale landscape restoration, according to speakers at the 2015 Janet Meakin Poor Research Symposium. Addressing a crowd of regional stewardship professionals and academics, as well as Conservation Land Management (CLM) and Research Experiences for Undergraduate (REU) interns at the Chicago Botanic Garden on June 12, they focused on solutions for ecological challenges.

The effects of strong conservation work are magnified when done on a large scale, they shared, and the theme of the day was how to magnify every step from seed-management procedures to restoration time frames and budgets to make the process as beneficial as possible. As mining, drilling, and similar industries move broadly across open lands in the United States and abroad, along with increasingly frequent and far-reaching extreme weather events, conservation practices must evolve with the times to keep pace.

As the CLM interns prepare to set off on a summer of hands-on restoration work across the United States, and potentially launch their careers shortly thereafter, these are critical issues for them to understand, according to Kay Havens, Ph.D., of the Chicago Botanic Garden, who organized the symposium. Many of the interns work in partnership with the Bureau of Land Management (BLM) on the ground in forestry, wildlife management, and habitat restoration, among others.

Fittingly, the first speaker of the day was Amy Leuders, the acting assistant director of BLM, who noted that the partnership with the Garden since 2001 has led to the training, hiring, and placement of more than 1,000 interns on federal lands. About 50 percent of those interns are later hired by a stewardship agency. “The Bureau of Land Management has had a long and successful partnership with the Chicago Botanic Garden…developing the next generation of land stewards,” she said.

In particular, she imparted to the audience the importance of developing a large scale national seed strategy, so that targeted plant seeds will be thoughtfully collected and preserved for future use. She cited examples of events in which seeds saved by chance allowed for the restoration of areas that later succumbed to natural disasters like wildfires and hurricanes. This new process would allow for seed saving to take place in a more proactive and calculated manner.

According to the second speaker, Kingsley Dixon, Ph.D., professor at Curtin University and the University of Western Australia, the current supply of wild seed cannot support global restoration demands. Innovations are helping to change that. Tools that process seeds into pellets or other small packets facilitate their successful mass delivery into recovering ecosystems, helping to achieve the level of seed performance seen in the agricultural sector. He noted that “Only by thinking at an industrial level of efficiency will ecological restoration be able to achieve the pace needed to protect and enhance natural resources.”

Drinking water quality can also be managed by restoration, said Joy Zedler of the University of Wisconsin-Madison. She shared examples of how restoration has been “scaled up” adaptively (learning while restoring) to benefit large areas. When it comes to managing water, she explained, it is essential to manage an entire watershed. One area of poor water quality will flow into every crevice in the system, for example. In the end, she explained, it is about safeguarding ecosystem services that human health and wellbeing depend on, from clean water to fresh air. “Our global society needs to redirect itself to achieve a sustainable future,” she said.

Brian Winter of the Nature Conservancy in Minnesota echoed her sentiments, as he ran through a real-life wetland restoration process for the audience. He emphasized that wetlands hold rainwater and are capable of preventing disastrous amounts of water from washing through nearby agricultural fields. The value of wetland restoration is immense and ongoing, he explained.

Conservation is in transition, explained speaker John Rogner of the U.S. Fish and Wildlife Service. Rogner discussed the steps involved in planning for a successful restoration, and the importance of landscape conservation cooperatives that can work together across states or even countries to identify and address issues in a given geographic area such as the Great Lakes watershed. He outlined an ongoing project to improve blockages in the Great Lakes system that impede fish migration. This can lead to a buildup of invasive plant species that create additional system blockages. A regional perspective and collaboration across entities is critical, he said. “It is absolutely essential that everyone have access to the same information to keep moving in the right direction,” added Rogner.

Issues that often fall to the side in planning are conceptual, according to James Aronson of the Missouri Botanical Garden. He urged the audience to pay attention to the economic side of their work by learning to speak and think in terms of renewable natural capital. Across land and ocean, natural capital can be restored to facilitate the flow of ecosystem services such as fresh air and clean water.

Lastly, Megan Haidet with Seeds of Success emphasized the importance of partnerships to meet the goals of the Bureau of Land Management’s National Seed Strategy for Rehabilitation and Restoration 2015–2020. She noted that increased coordination is vital to accelerate the pace and scale of restoration and provide native plant materials when and where they are needed.

The Garden’s CLM interns have now dispersed across the United States, where they will work for the next five months on public lands to put these lessons into action.