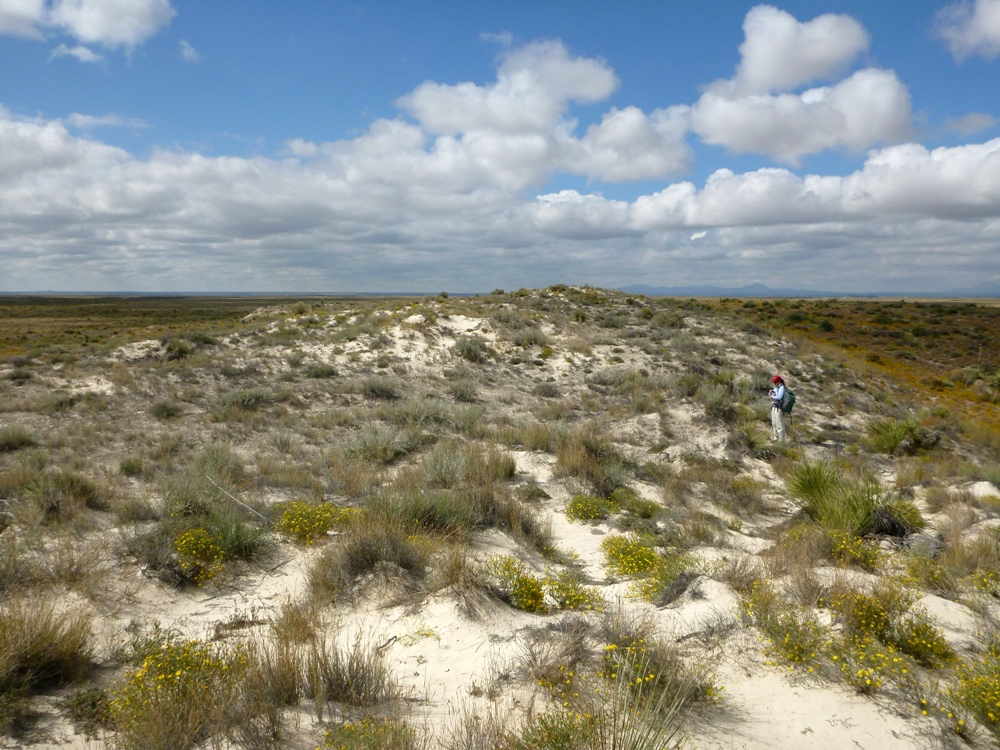 The National Parks provide dream vacations for us nature lovers, but did you know they also serve as vital locations for forward-thinking conservation research by Chicago Botanic Garden scientists?

From sand to sea, the parks are a celebration of America’s diversity of plants, animals, and fungi, according to the Garden’s Chief Scientist Greg Mueller, Ph.D., who has worked in several parks throughout his career.

“National Parks were usually selected because they are areas of important biodiversity,” Dr. Mueller explained, “and they’ve been appropriately managed and looked after for up to 100 years. Often times they are the best place to do our work.”

As we celebrate this centennial year, he and his colleagues share recent and favorite work experiences with the parks.

Take a glimpse into the wilderness from their eyes.

This summer, Mueller made a routine visit to Indiana Dunes National Lakeshore to examine the impact of pollution and other human-caused disturbances on the sensitive mushroom species and communities associated with trees. “One of the foci of our whole research program (at the Garden) is looking at that juxtaposition of humans and nature and how that can coexist. The Dunes National Lakeshore is just a great place to do that,” he explained, as it is unusually close to roads and industry.

Evelyn Williams, Ph.D., adjunct conservation scientist, relied on her fieldwork in Guadalupe Mountains National Park to study one of only two known populations of Lepidospartum burgessii, a rare gypsophile shrub, during a postdoctoral research appointment at the Garden. “We were able to work with park staff to study the species and make recommendations for management,” she said.

As a Conservation Land Management intern, Coleman Minney surveyed for the federally endangered Ptilimnium nodosum at the Chesapeake and Ohio Canal National Historical Park earlier this year. “The continued monitoring of this plant is important because its habitat is very susceptible to invasion from non-native plants,” explained Minney, who found the first natural population of the species on the main stem of the Potomac River in 20 years.

According to conservation scientist Andrea Kramer, Ph.D., “In many cases, National Parks provide the best and most intact examples of native plant communities in the country, and by studying them we can learn more about how to restore damaged or destroyed plant communities to support the people and wildlife that depend upon them.”

The parks have been a critical site for her work throughout her career. Initially, “I relied on the parks as sites for fieldwork on how wildflowers adapt to their local environment.”

Today, she is evaluating the results of restoration at sites in the Colorado Plateau by looking at data provided by collaborators. Her data covers areas that include Grand Canyon National Park, Capitol Reef National Park, and Canyon de Chelly National Monument.

Along with colleague Nora Talkington, a recent master’s degree graduate from the Garden’s program in plant biology and conservation who is now a botanist for the Navajo Nation, Dr. Kramer expects the results will inform future restoration work.

At Wrangell–St. Elias National Park and Preserve in Alaska, Natalie Balkam, a Conservation Land Management intern, has been hard at work collecting data on vegetation in the park and learning more about the intersection of people, science, and nature. “My time with the National Park Service has exposed me to the vastly interesting and complex mechanics of preserving and protecting a natural space,” she said. “And I get to work in one of the most beautiful places in the world—Alaska!”

The benefits of conducting research with the National Parks extend beyond the ability to gather high-quality information, said Mueller. Parks retain records of research underway by others and facilitate collaborations between scientists. They may also provide previous research records to enhance a specific project. Their connections to research are tight. But nothing is as important as their ability to connect people with nature, said Mueller. “That need for experiencing nature, experiencing wilderness is something that’s critical for humankind.”

For research and recreation, we look forward to the next 100 years.