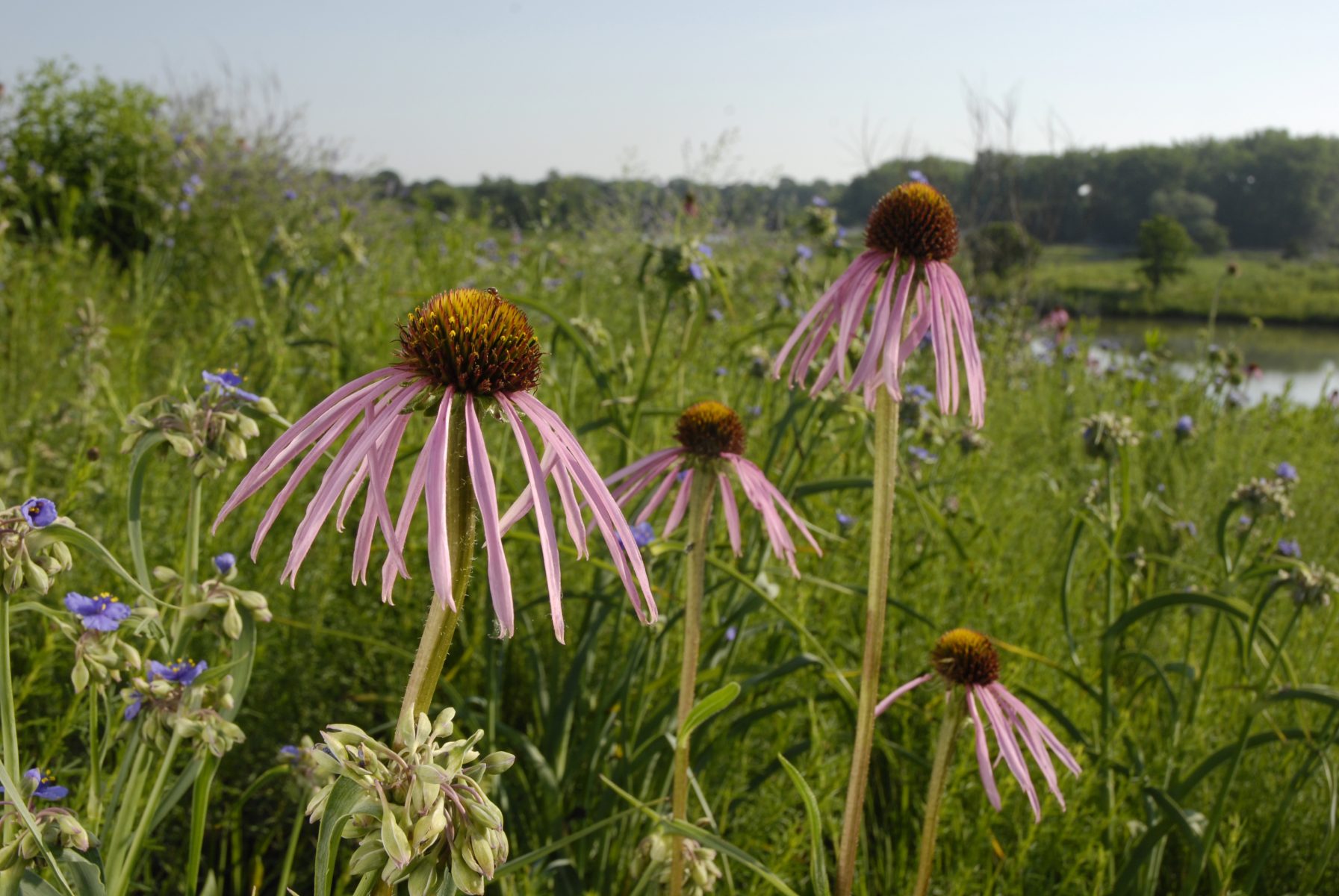 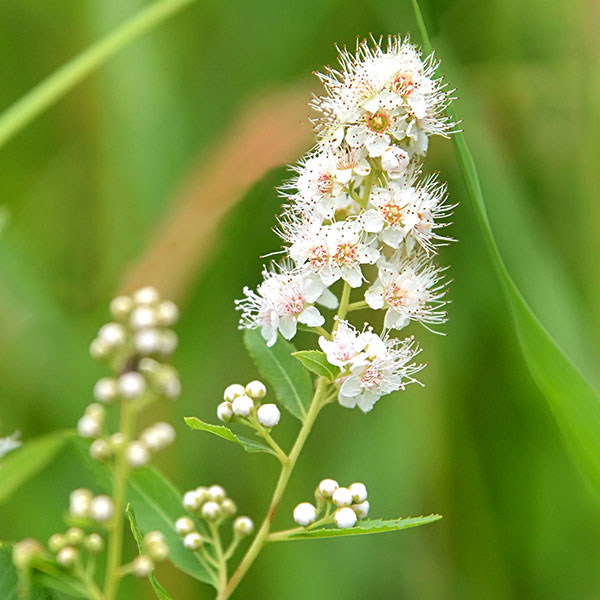 Early to mid-June is the greenest and lushest time in our experimental and ever-changing Green Roof Garden, one of the few rooftop landscapes in the area that invites the public in for a visit.

Now in its fourth growing season, the 16,000-square-foot garden creates an oasis atop the Daniel F. and Ada L. Rice Plant Conservation Science Center. The green expanse helps reduce rainwater runoff and insulate the building from heat and cold. The garden also serves as living laboratory under the stewardship of Richard Hawke, plant evaluation manager.

“This is so new to us. We didn’t know what to expect. It’s been a complete learning process,” said Hawke, who has evaluated nearly 230 types of plants each year since the fall of 2009.  “We want to keep testing and trying and increasing the palette each year.”

The skyblue aster (Symphyotrichum oolentangiense) is “finally established and starting to do its own thing,” he said, and flowering for the first time are the dwarf false indigo (Amorpha nana) and largeleaf wild indigo (Baptisia alba var. alba). The latter takes its time in a landscape, first putting down a taproot—hard to do in eight inches of growing medium! Once established, it sends up a tall spike of showy, white flowers that bloom for several weeks. Like other members of the bean or legume family, wild indigo improves the soil by increasing its nitrogen levels.

The deep coral native columbine (Aquilegia canadensis) is beginning to spread, blending into the lavender and white blooms of the hairy beardtongue (Penstemon hirsutus) and foxglove beardtongue (Penstemon digitalis) growing nearby. Bright yellow lanceleaf coreopsis (Coreopsis lanceolata) and the silvery, feathery foliage of field sagewort (Artemisia campestris ssp. Caudate) add to the prairie aesthetic with their layered colors and textures.

Evaluations of perennial plants typically take four years, but Hawke is sensing that it may take more time than that to tease out the “best that can be grown on a rooftop.” Prairie dropseed (Sporobolus heterolepis) has proved to be the top-performing grass, providing an elegant fine texture and remaining dark green even in the worst of last summer’s drought. Some plants have thrived, others have merely survived, and others have all but disappeared from the landscape over the evaluation period. Hawke has learned, for example, that the pale purple coneflower (Echinacea pallida) is doing better than the more commonly known purple coneflower (Echinacea purpurea). Yarrow is not doing as well as he expected, but prostrate junipers show promise. “Our goal was to learn everything we possibly could about growing plants on a green roof,” he said. “I still think there’s a lot more to learn.”