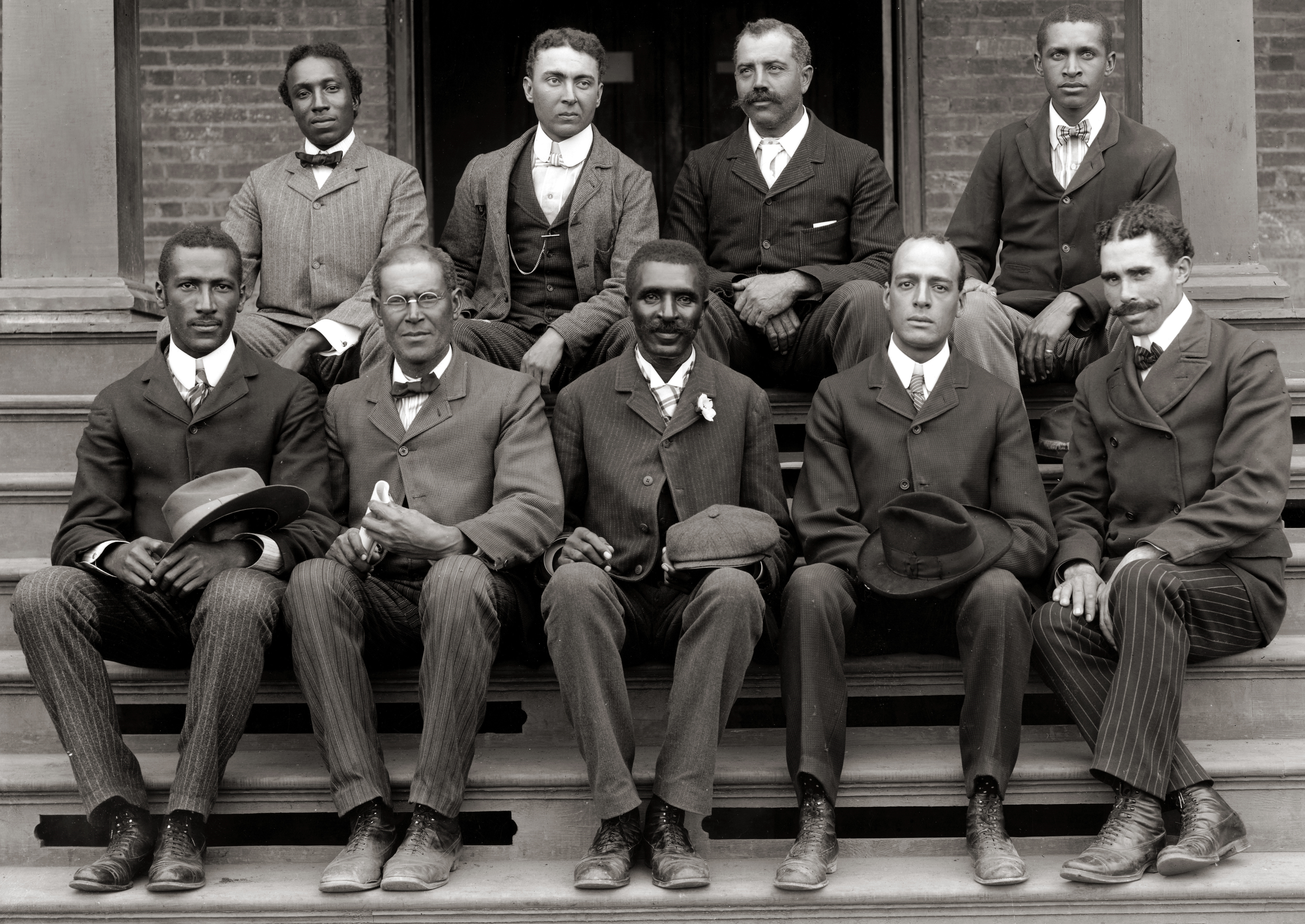 Think you couldn’t name a single botanist? You probably know this one—George Washington Carver (c. 1861-1943). Born into slavery, Carver was an extraordinary American. He was a gardener, a soil scientist, an inventor, and a genius.

George Washington Carver did not seek wealth or fame for his work. He found personal satisfaction in scientific discovery and using his talents to make the world a better place for farmers and everyone. I believe if he were alive today, he would have embraced the challenge of researching and teaching people about sustainable urban agriculture to improve the health, nutrition, and livelihood of people in need, just as he did for rural farmers 100 years ago. The Garden’s Windy City Harvest grows out of that same spirit and desire.

You probably know Carver as the scientist who invented dozens of products for peanuts. What’s most important about his story is why he devoted so much time and ingenuity to peanuts and how he did so much more than make a high protein sandwich spread and cooking oil.

I’m not a historian or biographer, so this story will omit details about Carver’s life—he was born in Missouri to a slave mother and eventually became a botany professor at Tuskegee University. While these details are interesting and definitely worth learning, you can read more about his life in other places—as well as the lives of other extraordinary botanists, who, like Carver are African American, but unlike him, are not widely known (e.g., O’Neil Ray Collins, a mycologist, and Marie Clark Taylor, who studied how light affects plant growth). Instead, this snapshot is devoted to celebrating how one humble scientist used his botanical superpowers to solve a real-world problem. It is a story about successfully tackling agricultural sustainability and economic stability at the same time.

Carver grew up in the South and he knew the agricultural conditions very well. Soil in the southern states is fine and dry. Summers are long and hot. These are suitable conditions for growing cotton, a profitable cash crop. The problem is that cotton needs a lot of nitrogen. Several years of growing cotton on the same patch depletes the soil, making the crop yield less and less over time. In the late nineteenth century, commercial fertilizer was not available—and even if it had been, the poor people who worked the land couldn’t have afforded it. To make things worse, in 1892, a little pest called the boll weevil moved northward from Mexico and began invading and destroying cotton crops. The boll weevil population spread and plagued the south through the 1920s and ’30s, making the life of a cotton farmer even harder and less rewarding.

Photo by Pollinator [GFDL or CC-BY-SA-3.0], via Wikimedia CommonsCarver knew this life because he had lived it, and he wanted to make it better. He worked to teach farmers about crop rotation. Legumes (like peanuts and soybeans) and sweet potatoes have the ability to convert nitrogen from the air to a form that plants can absorb from the soil. Planting what is called a “cover crop” of peanuts instead of cotton for a year restores the nitrogen in the soil so the cotton grows better the next year. As an added benefit, diversifying crops by growing peanuts and other plants that the weevils do not eat helps reduce their population so there are fewer to harm the cotton crops. Sounds like the answer to all of their problems, right? So of course, farmers changed their practices right away, and lived happily and sustainably ever after.

You see, at that time peanuts were only used as cheap feed for livestock, and nobody was buying a lot of them. A farmer could not earn as much money growing peanuts as he could from his dwindling crop of cotton, so changing crops was financially risky, even as the cotton was failing. Carver realized he had to solve the market problem or farmers were never going to plant cover crops. So he set out to invent more than 100 uses for peanuts from 1915 to 1923.

He didn’t stop there, He also worked to promote his inventions to businessmen and investors in order to create a demand for peanuts, because, as we all learned in high school economics, when the demand goes up, so does the price. Then—and only then—did the sustainable practice of crop rotation take hold.

The increased demand for peanut products also led to an increase in peanuts imported from other countries. In 1921, Carver spoke to Congress to advocate for a tariff on foreign peanuts so American farmers would be protected from the competition. Though it was highly unusual for a Black man to speak to Congress in those days, his appeal won over the legislators, who decided to impose tariffs.

Throughout his storied career, he worked through the racism of the time toward a better life for all.