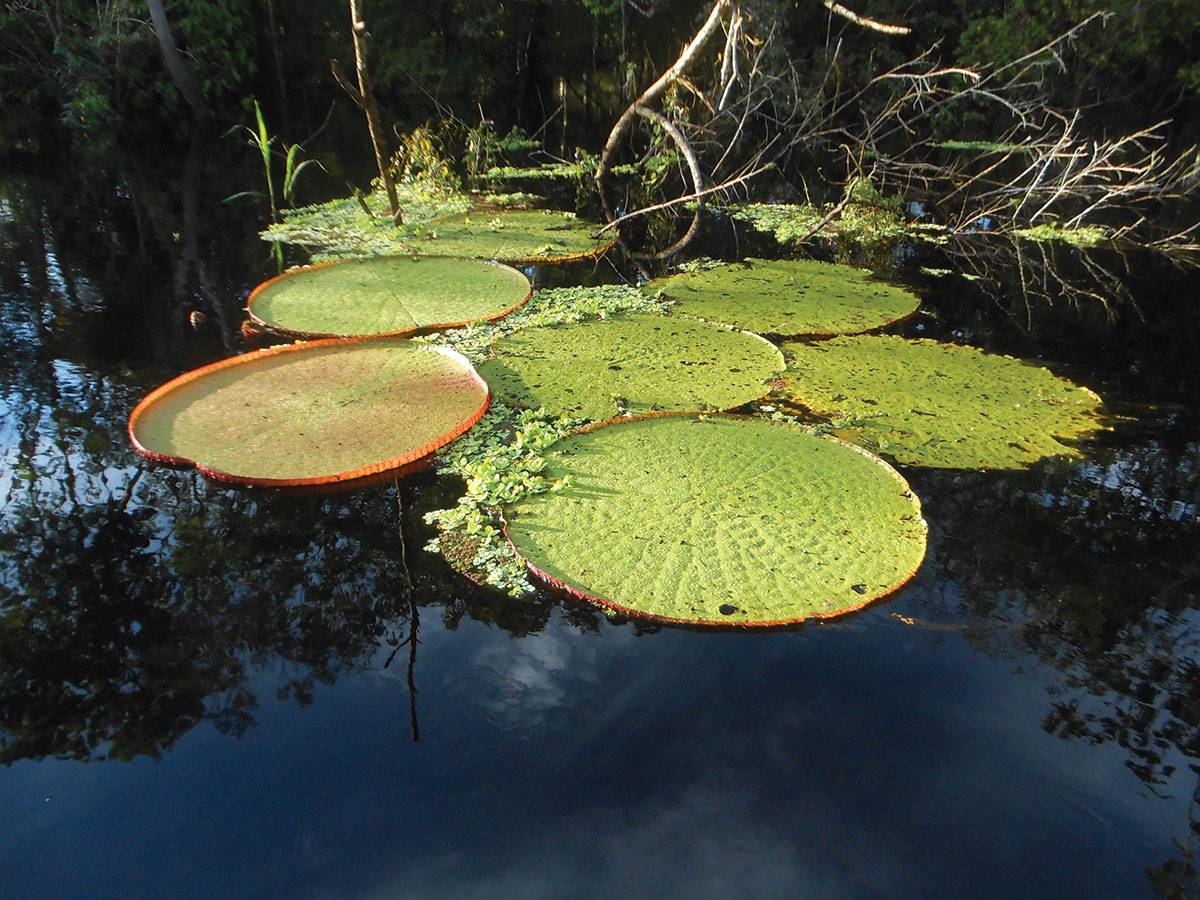 Popular culture moves in strange ways. Since the release of the eponymous movie, the idea of a “bucket list” has quickly become part of our modern vernacular.

My botanical bucket list includes plants like the ancient bristlecone pines of Nevada and the cobra-lilies of Northern California. Recently, in the Peruvian Amazon, I checked off my list the giant Amazonian waterlily. I’ve seen it many times before; it is grown all over the world. But coming across it in an Amazonian backwater, untended by people, is quite a different experience.

Plants like Amazonian waterlilies, bristlecone pines, and cobra-lilies have a presence. Even brief contemplation invokes a sense of wonder, and sometimes an emotional, even spiritual, connection. These charismatic plants are tangible expressions of the glory and mystery of nature. And paradoxically, that sense of mystery is undiminished by scientific understanding. As Einstein once said, “What I see in Nature is a magnificent structure that we can comprehend only very imperfectly, and that must fill a thinking person with a feeling of ‘humility’.”

The Amazonian waterlily is one of the botanical wonders of the world, but look closely and every plant has its own mysterious life story full of evolutionary twists and turns. Whether in the garden, in the forest preserve, or along the roadside, even the most inconspicuous weed is a twig atop the gnarled and much-ramified tree of life. Every plant is a living expression of the vicissitudes of thousands, often millions, of years of history.

Over the past three decades the evolutionary tree of plant life has come into clearer focus, as we have learned more about living plants, including about their genomes. We have also learned more about plants of the past by exploring their fossil record. There is still much that remains beyond our grasp, but scientists at the Chicago Botanic Garden are at the forefront of current research, including efforts to integrate information from fossils and living plants toward a more complete understanding of plant evolution. And viewing the world’s plants through an evolutionary lens only accentuates our sense of wonder. The leaves and the flowers of the Amazonian waterlily are massively increased in size and complexity compared to those of its diminutive precursors, which begs further questions about why and how such dramatic changes occurred.

To borrow a phrase from Darwin, “There is grandeur in this view of life.” Such perspectives, rooted in deep history, emphasize the power and glory of evolution over vast spans of geologic time, as well as its remaining mysteries. In the face of rapid contemporary environmental change, they also underline the need for enlightened environmental management. Looking to the past to help us understand the present sharpens our view of the glories of nature. It also reminds us of our place in the world, and the value of humility as we together influence the future of our planet.

Renowned botanist Sir Peter Crane is the Carl W. Knobloch, Jr. Dean, Yale University School of Forestry & Environmental Studies and former director of the Royal Botanic Gardens, Kew. Dr. Crane is also a life director of the board of the Chicago Botanic Garden. In 2014 Dr. Crane received the International Prize for Biology, administered by the Japan Society for the Promotion of Science, for his work on the evolutionary history of plants. The award, created in 1985, is one of the most prestigious in the field of biology.