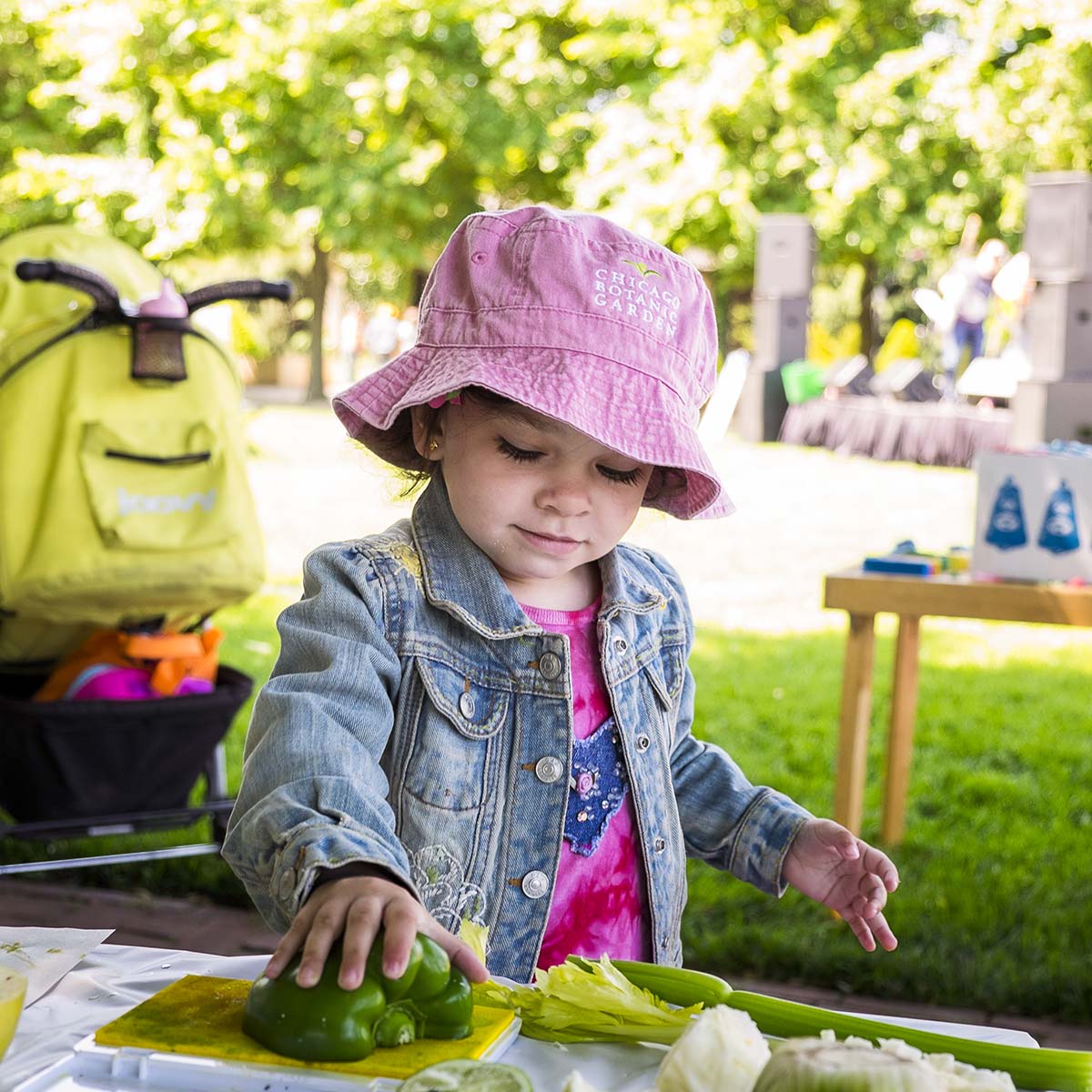 We’re not afraid to geek out on all things eco-friendly (looking at you, backyard chickens and organic leafy greens), but World Environment Day gives us an excuse to devote a full day to greening the planet.

Join the global day of action—with people in more than 70 countries—in a daylong celebration of free events and activities (plenty for the kids) on Saturday, June 4, from 10 a.m. to 4 p.m., at the Chicago Botanic Garden (parking fees apply). World Environment Day is the United Nation’s principal vehicle for encouraging awareness and action for the environment.

Bonus points if you use the day to recycle, add a pollinator-friendly plant to your garden, or consider your ecological footprint by walking, biking, carpooling, or taking public transportation to the Garden (a trolley will be available from the Glencoe Metra station from 9:30 a.m. to 5:30 p.m.; fee applies). Post a picture of what you did for the planet: #CBGWED and #WED2016.

Here are ten free ways to dig the planet on World Environment Day at the Chicago Botanic Garden:

Bring questions for WGN-TV chief meteorologist and Garden board member Tom Skilling on climate change and more. Skilling will give his climate and weather update at 1:30 p.m in the Plant Science Center.

3. Get the buzz on pollinators and bugs.

Pick up a free butterfly weed plant to grow in your garden to help attract monarch butterflies.

Get your groove on with live music at the Family Entertainment Stage and enjoy Family Drop-in Activities—but don’t forget to leave time for the kids to talk to Garden scientists about plant conservation.

7. Be kind to the landfills.

Recycle plastic plant pots, and bring vases for re-purposing by Random Acts of Flowers, which delivers flower arrangements to people with health challenges.

Chef Cleetus Friedman of Caffè Baci shows you how to cook with seasonal, organic, and locally grown produce from the Garden’s Windy City Harvest program. 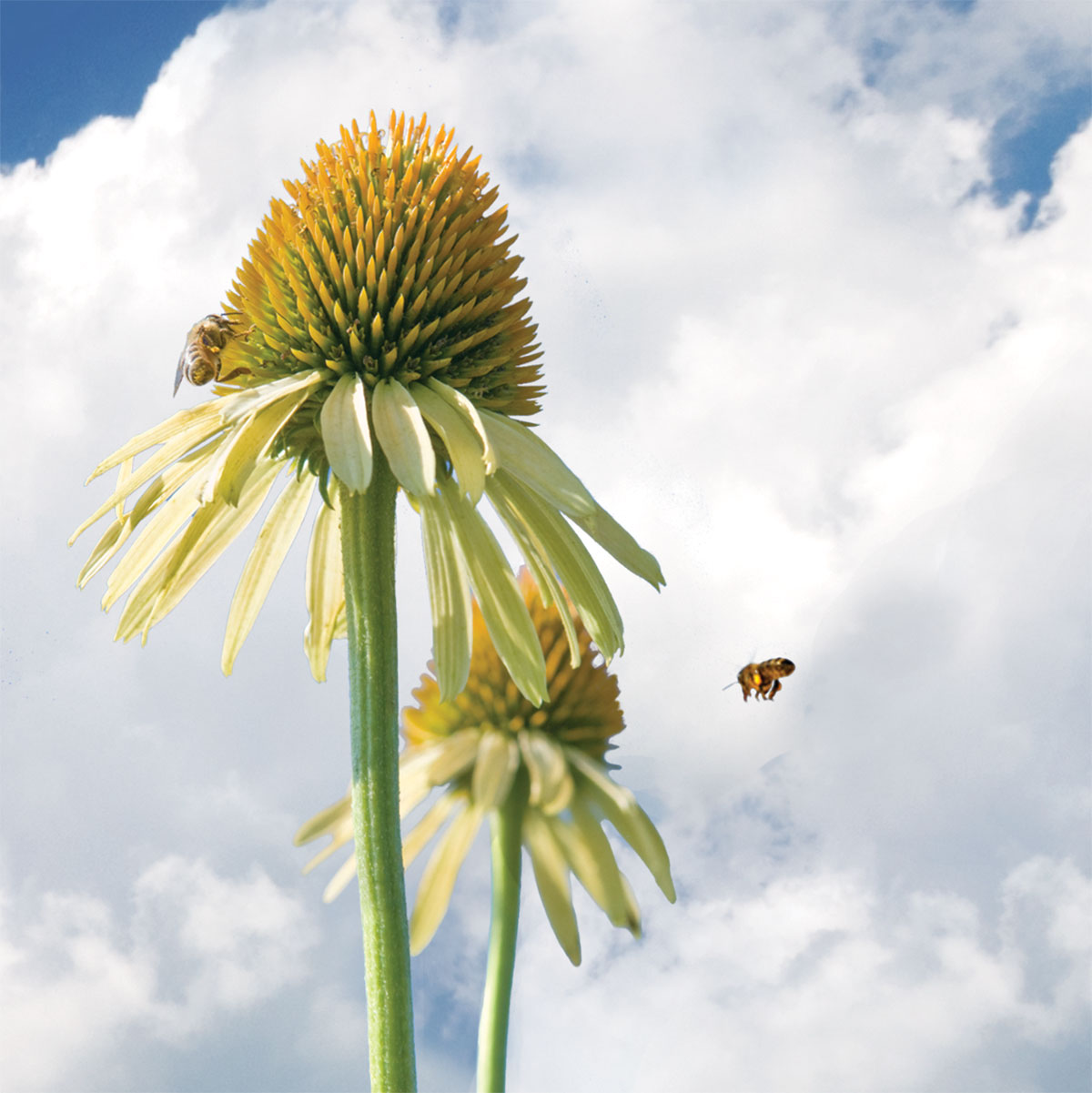 World Environment Day at the Chicago Botanic Garden was a success! Visitors all over the Chicagoland area came to learn environmental and sustainable tips and tricks, and enjoyed educational displays and family activities throughout the day. 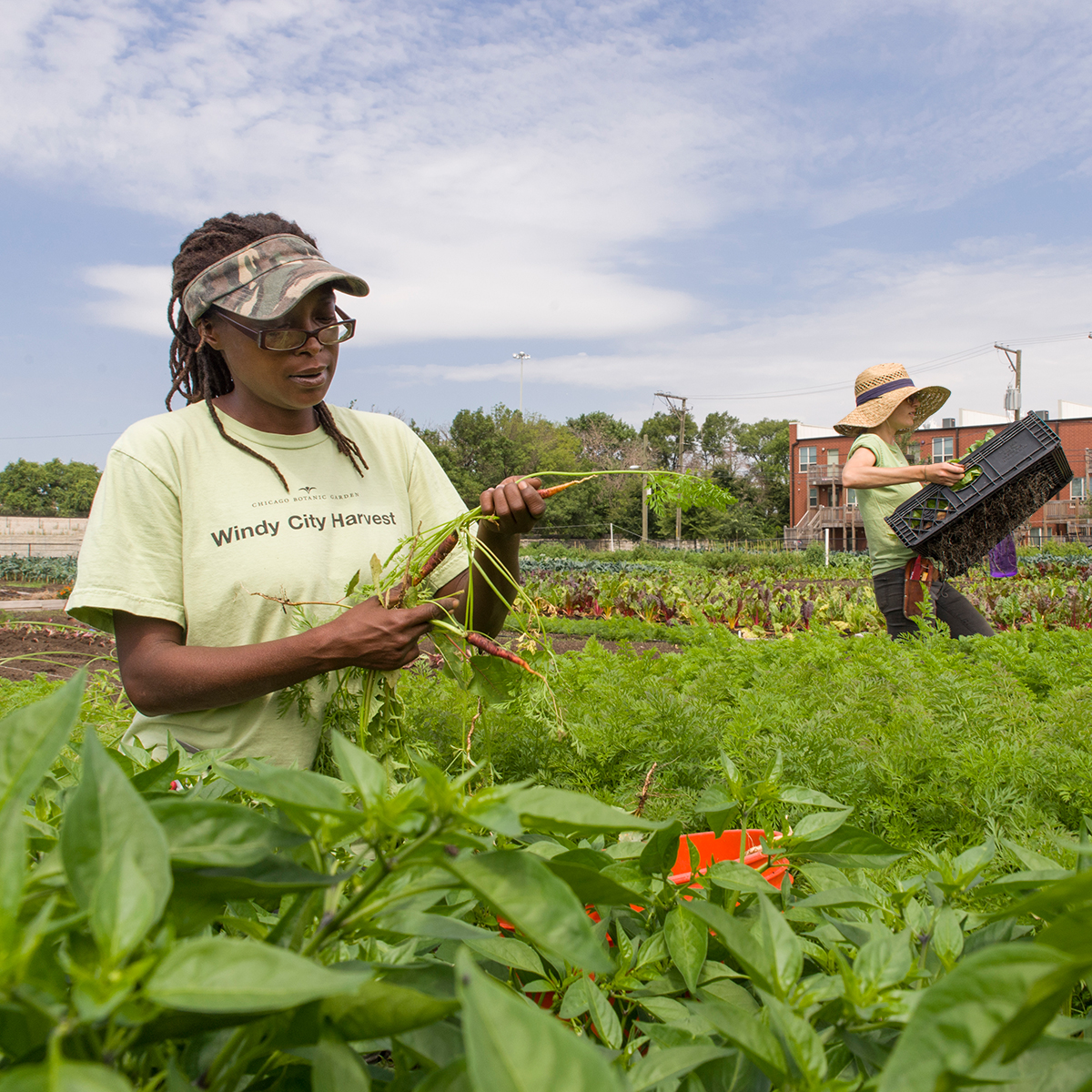 World Environment Day (WED) will take place on June 6, 2015. The United Nations started WED as a global platform for raising awareness around pressing environmental issues and motivating collective efforts for positive change. Activities will take place around the world including in Milan, where global leaders will host a conference to focus on the links between water and sustainable development.

In Chicago, the Chicago Botanic Garden is hosting a day of action around WED. The theme of this year’s event is “Seven Billion Dreams. One Planet. Consume with Care.”

Here’s what you’ll need to bring for a fun-filled, zero-waste day of environmental activities:

Recyclables: Don’t forget to bring your electronics, plastic pots, vases, and baskets with liners, which can be donated for recycling from 10 a.m. to 4 p.m. in parking lot 4. Learn more zero-waste life hacks here.

Reusable Bags: Windy City Harvest will be hosting a farmers’ market featuring local and organic produce on the Esplanade. Bring a taste of Chicago back home with you!

Notebook: Danielle Nierenberg, president of Food Tank, will discuss the role of urban agriculture in the food system as the keynote presentation. Nierenberg will host a panel of Chicago’s leaders in sustainability to engage others in the discussion. Take advantage of their expertise, ask your burning questions, and jot down notes for later!

Appetite: Watch a demonstration by Chef Cleetus Friedman of Fountainhead, The Bar on Buena, and The Northman at 1:30 and 2:30 p.m. in the Regenstein Fruit & Vegetable Garden’s open-air amphitheater.

Bright Clothing: Beneficial insects are pollinating the Regenstein Fruit & Vegetable Garden! Be sure to wear colorful summer clothing so you can make friends with hummingbirds, butterflies, and ladybugs. Several plant scientists will be giving demonstrations and presentations at the Daniel F. and Ada L. Rice Plant Conservation Science Center, through which you can explore the science behind nocturnal pollination and prairie management. Beekeeper Ann Stevens will provide lessons on apiculture.

Don’t miss family-friendly performances by the Dreamtree Shakers (11:30 a.m.) and Layla Frankel (1:30 and 2:30 p.m.) on the Make It Better stage. Younger visitors will enjoy learning about plant parts, pollination, and making stick sculptures.

You can share your pledge for World Environment Day with people around the world and come together for #7BillionDreams on June 6, 2015. Join the Dream Team and inspire others to do the same!

Continuous shuttle service is provided throughout the day from the Visitor Center to the Daniel F. and Ada L. Rice Plant Conservation Science Center. Sign up for membership at the Chicago Botanic Garden or donate to their mission. 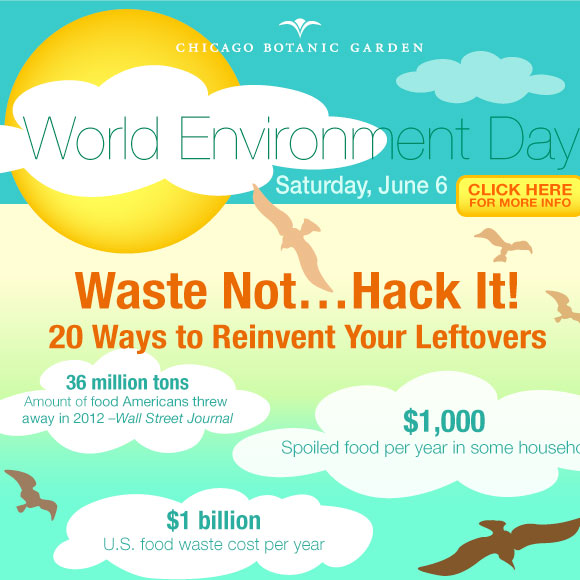