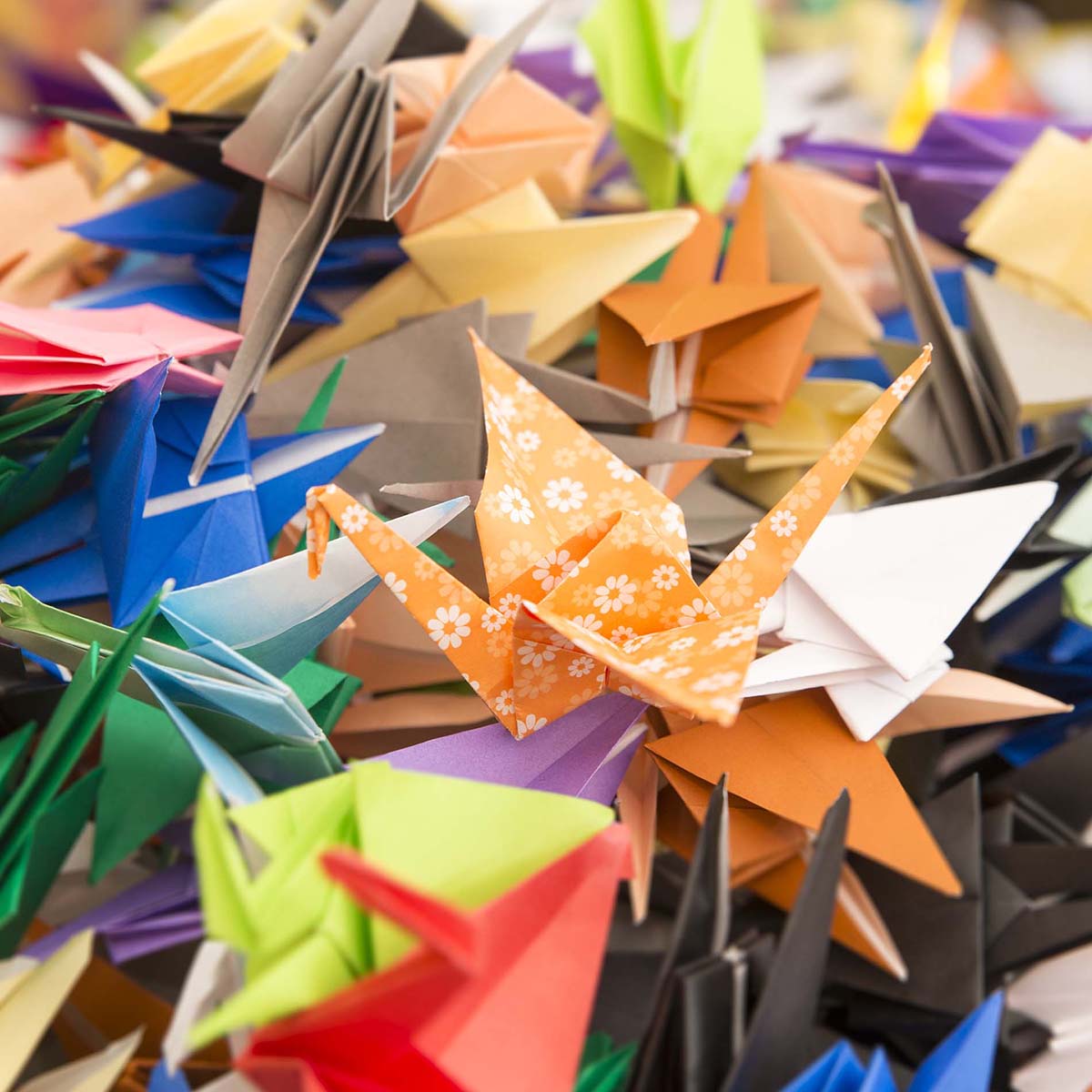 Long-ago legend says that cranes can live for 1,000 years…and that folding 1,000 paper cranes, one for each year, can make a wish come true.

So it is that the crane is the symbol of longevity and good fortune.

22 Folds
From the first corner-to-corner fold to the last crook of beak and tail, it takes 22 folds to make this style of origami crane. Because pictures are worth 1,000 words, we offer this visual guide to crane-making.

Fast forward to the turn of the twenty-first century, when Ray Wilke, a devoted volunteer in the Elizabeth Malott Japanese Garden, decided to make origami cranes as a take-away gift for children who visited the garden’s Shoin House. Each winter, Ray and wife Ginny folded cranes…and each spring/summer Ray handed them out, one by one, to the curious children.

When Ray “retired” from volunteering, fellow-volunteer Edie Rowell decided to keep the hand-to-hand tradition alive. She taught Interpretive Programs manager Mary Plunkett how to fold. Mary found more volunteers to train other volunteers, and set out stacks of paper for them to take at will.

This just in from California…

Just 24 hours after our interview, Mary Plunkett called to say that a box had just arrived in the mail from volunteer Meline Pickus. She’d sent 50 cranes from California, where she was staying for the winter. In her spare time, she folded cranes…and she wanted them to arrive in Chicago before the Shoin House opened. Our volunteers are awesome.

From Ray’s original intent comes great good fortune: a community has sprung. “It goes beyond the normal notion of volunteering,” Mary explains. “You get into a Zen state when folding…it’s very relaxing…and you’re contributing to something that’s bigger than you. It’s social, too—a group of three or four might have dinner together, then fold cranes together.”

And what do the kids think when they’re offered a crane? “They’re over the moon, they’re very gentle with them,” Mary says. “We say, ‘We’d like you to have one,’ and you’d think you were giving them gold when you explain why. It opens the door for conversations, especially with 7-, 8-, 9-year-olds.”

Cranes are offered, hand to hand, at the Shoin House whenever volunteers are present…for as long as the handmade supply lasts. (Although adults make wishes, too, cranes are for kids only.)

Volunteer season at the Shoin House begins May 13. Bring the kids—and tell them to think about their wish!