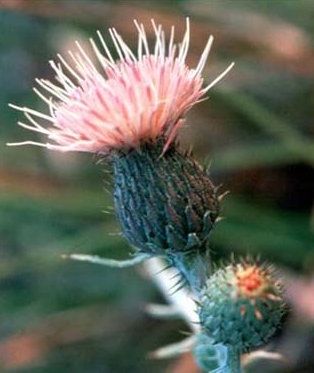 When I mention endangered species, what comes to most people’s minds are pandas, bald eagles, or maybe the gray wolf. It’s probably not Pitcher’s thistle (Cirsium pitcheri), prairie bush clover (Lespedeza leptostachya), or the host of other plants that are on the United States federal endangered and threatened species list. Plants make up nearly 60 percent of the species on the list, but the vast majority of the attention and the funding for species recovery goes to the “charismatic megafauna” — the mammals, birds, and fish.

Part of the reason for this discrepancy may be “plant blindness” — described by James Wandersee, co-author of Seeing Plants: A Theory of Plant Blindness, as “the inability to notice the plants in one’s own environment.” This inevitably leads to “the inability to recognize the importance of plants.” In other words, we tend to conserve what we notice and care about. I would argue that plants are even more worthy of our attention and concern! Not only do they beautify our landscapes and provide habitat for wildlife, they fundamentally support human life by giving us the air we breathe, the food we eat, and many of the medicines that cure our ills.  In fact, virtually all life on earth depends directly or indirectly on plants.

The chart below compares total endangered species spending by the federal and state governments for plants and animals over the last decade. As you can see, spending for plants has consistently remained at less than 5 percent of the total, and in 2011 was just 3.8 percent. 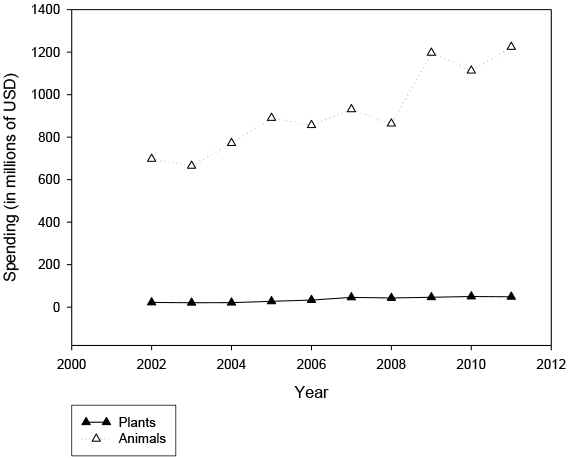 Scientists at the Chicago Botanic Garden are actively conducting research, managing lands and banking seeds to conserve our priceless plant diversity. Next time you visit, stop by the Daniel F. and Ada L. Rice Plant Conservation Science Center to view us in action and learn more about our plant conservation activities.