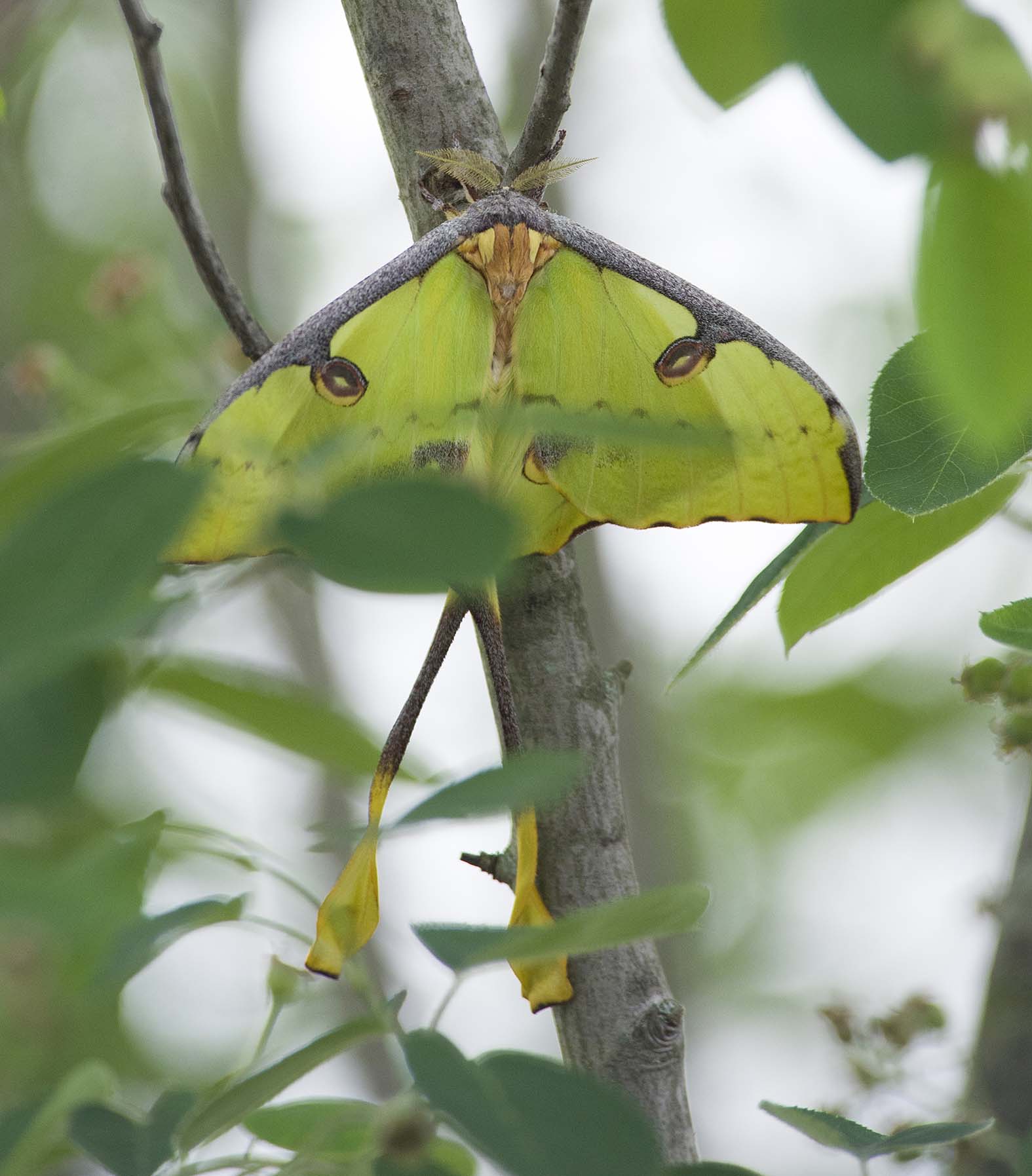 Horticulturist Courtney Quigley can be found in the Butterflies & Blooms exhibition, where she curates the species featured; mounts and tends the chrysalises, cocoons, and hatching butterflies and moths; and generally deals with all things Lepidoptera. View all posts by Courtney Quigley

One thought on “The Artfully Disguised Moon Moth”