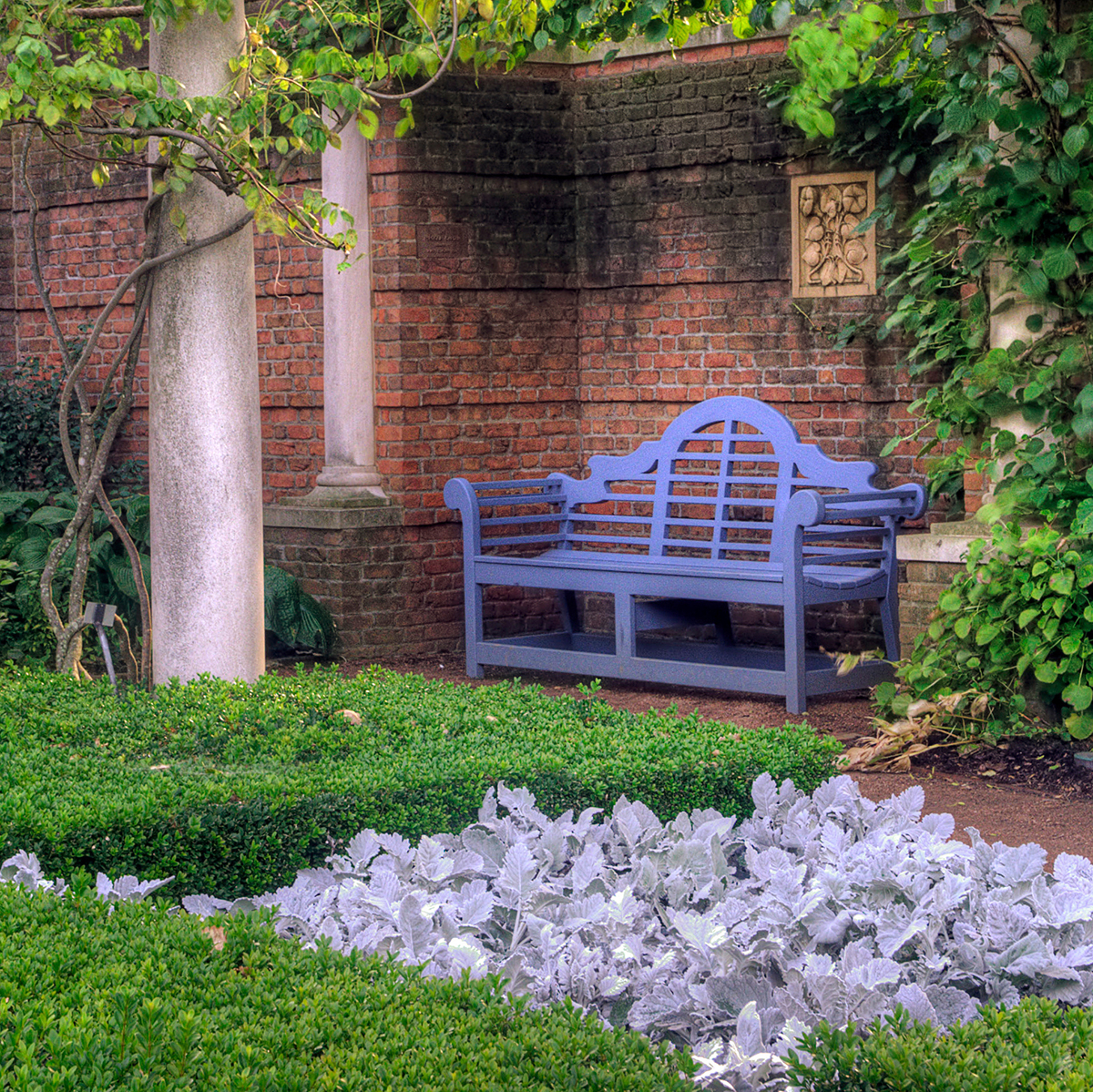 Can’t make the wedding of Prince Harry and Meghan Markle? Visit the Helen and Richard Thomas English Walled Garden instead.

If you’re in Chicago this weekend, that means—like most of us—you didn’t get an invite to the wedding of Prince Harry and Meghan Markle, a graduate of Northwestern University. Get in the spirit of the occasion anyway by visiting the English Walled Garden at the Chicago Botanic Garden. This garden has enough connections to the British royal family to satisfy your royal appetite, and you won’t have to be up at 5 a.m. to start watching the wedding and feel part of the experience.

Here are just some of the connections to British royalty that can be found in the English Walled Garden:

The garden was dedicated by a member of the British Royal Family. The English Walled Garden was dedicated in 1991 by none other than Princess Margaret, Countess of Snowdon, who was Queen Elizabeth II’s younger sister. The occasion was fit for royalty, with a performance from a bagpiper, and an official dedication by the princess, who sported a lovely royal blue coat. You can find a plaque commemorating the dedication just outside the entrance to the garden.

A legendary designer created this garden. When the English Walled Garden was just an idea, the Woman’s Board of the Chicago Botanic Garden looked to legendary garden designer John Brookes for his vision. Known more for being a modernist, Brookes agreed to design our English Walled Garden in a more traditional style. In 2004, he was made a Member of the British Empire, an order of chivalry bestowed by the Queen for outstanding contributions to society. Brookes died in March 2018, but leaves behind a footprint that includes, along with the English Walled Garden here, many gardens on private estates and in town squares around the world. A quote from his last published book describes his legacy: “I have sired no heir, but I have given birth to perhaps a thousand gardens.”

The garden is divided into six “rooms,” and one was made as a nod to the working class. The least formal of the six different spaces in the English Walled Garden is the Cottage Garden room. It’s modeled after the type of garden a rural homeowner would create, and serves to be more functional than ornamental. You’ll see fruits, vegetables, and herbs growing together, filling every space possible. If you’re someone who’s not altogether fond of the concept of royalty, the Cottage Garden is a place to visit and ruminate on how the common folk get by.

Charles and Diana are there—but not together. The garden features two varieties of clematis with familiar royal names. Clematis ‘Prince Charles’ and Clematis ‘Princess Diana’ are both located in the same garden bed, but planted at opposite ends. You can find them next to the ramp exit leading to the adjacent Dwarf Conifer Garden.

The floral emblem of Scotland is there, but England’s is not. Planted as an annual this year along the west perennial border of the garden is Onopordum acanthium, more commonly known as Scotch thistle. The flower is so named because it’s similar to the thistle used as the national emblem of Scotland (which is technically Cirsium vulgare). If you’re looking for the national emblem of England, that would be the Tudor rose, a combination of the red and white roses of the Houses of Lancaster and York. But you’ll have to go outside the English Walled Garden to get a good view of roses. Peek through the terra-cotta tiles next to the Linden Allée or venture to the Krasberg Rose Garden next door. There’s a variety of rose named for Prince Harry’s grandmother and Meghan Markle’s future grandmother-in-law: Rosa ‘Queen Elizabeth’.

The Guardian has royal connections. If you enter the English Walled Garden from the main entrance on the west side, you can’t miss the Guardian. The sculpture was carved by Simon Verity, an English sculptor who has created pieces that stand in many English gardens, including one owned by Prince Harry’s father Prince Charles, the Prince of Wales, as well as Elton John (who is definitely music royalty). Constructed of semiprecious stones and minerals, the sculpture represents air, earth, fire and water, the ancient elements of earth.

Surround yourself in purple and feel like royalty. Now that spring has arrived (finally), there are plenty of blooms to be found in the traditional color of royalty. Blues and purples were a key part of Brookes’ design for the garden. You can find that color family prominently in the Pergola Garden room. Another can’t miss purple flower in the English Walled Garden is delphinium, a stately and regal bloom newly planted in two urns close to the Linden Allée.

Say hello to the lion. The lion has long been the symbol of England. The Barbary lion is the country’s national animal and also adorns a number of national symbols, from the coat of arms of the royal family to the England national football team’s logo. Naturally, there’s a lion in the English Walled Garden as well. Named Cuddly Lion, the sculpture was donated by Brookes and is located at the entrance.

Wander away from the English Walled Garden to find the plants and flowers of the royal wedding. While the English Walled Garden is full of botanical references and nods to English history and culture, you’ll have to trek to the Regenstein Fruit & Vegetable Garden to find plants and flowers that are part of Prince Harry and Meghan’s wedding celebration. Traditionally, lemon myrtle from Queen Victoria’s holiday home on the Isle of Wight has been featured in the bride’s bouquet of royal weddings since Victoria’s daughter (also named Victoria) was married in 1858. The flowering plant is expected to make an appearance in Meghan’s bouquet. There’s lemon myrtle located inside the greenhouse, at the center of the garden. One tradition Prince Harry and Meghan are not following is with their choice of cake. Instead of the traditional fruit cake, their wedding will instead have a cake made of lemon and elderflower. Cross the bridge to the Fruit & Vegetable Garden and veer left. You’ll find several elder trees (Sambucus nigra) along the shoreline. Looking for a reason to head back to the English Walled Garden? Finish up your homage trip in honor of the royal wedding by seeking out lemon thyme, planted in several different spots in the English Walled Garden. Take a sniff and, with the right bit of imagination, it’ll be like you’re in London with the royals after all.

One thought on “A Garden Fit for Royalty”