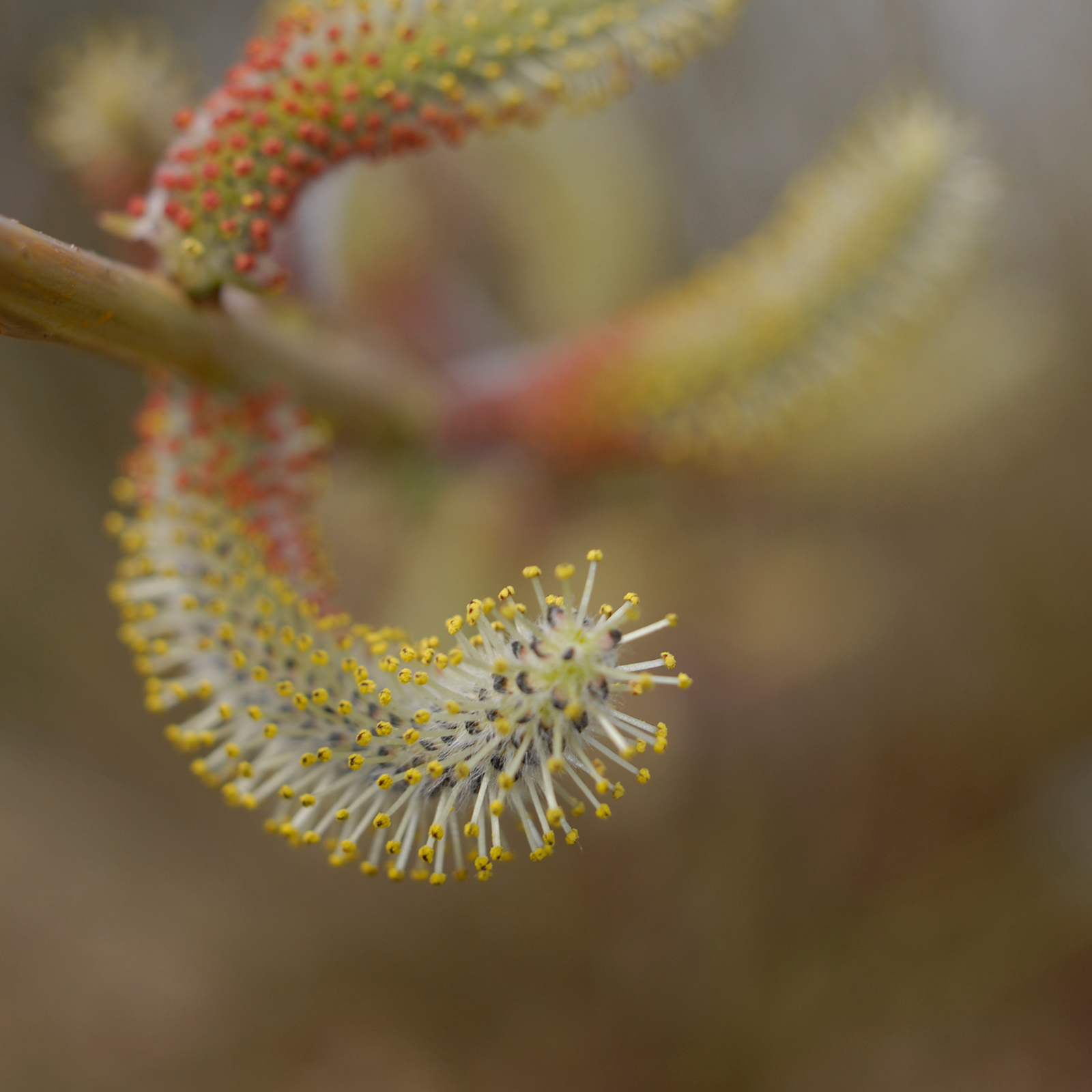 The versatility of the willow in the landscape, its year-round ornamental appeal, and its adaptability to colder climates make it a staple and a highlight of the Garden’s plant collections. In fact, the Garden is committed to amassing and displaying one of the largest collections of willows in the country. This initiative was started informally more than two decades ago when Kris Jarantoski, the Garden’s executive vice president and director, began collecting willows from other institutions.

Willows have long been used by indigenous cultures worldwide. Ancient cultures used the willow as medicine (aspirin derives from salicylic acid—a component found in willow bark); as weaving material for baskets; and for creating shelter. These days, willows are used in furniture; as a material in cricket bats; and as an ornamental landscape plant.

The willow genus (Salix) contains more than 400 species. Derived from the Celtic word sallis—sal ‘near’ and lis ‘water’—their genus name describes the ideal natural habitat of most willows. Despite a natural affinity for water, however, many members of this diverse genus are adaptable to various landscape conditions, including dry sites (once established). Most are native to the cooler regions of the Northern Hemisphere, but a few species occur naturally in the Southern Hemisphere. (Australia does not have native willow species, although willows are cultivated there.)

Developing a world-class collection of willows is a team effort

The process of developing a specialized collection involves much more than acquiring as many difference species and varieties as possible. It also involves ongoing research on these collections by Garden staff and others. But before that is possible, it is essential the collection is authenticated—just as an art museum would do with a painting it received.

Willows are a complex and difficult group to accurately identify, and the Garden is currently in the process of verifying its holdings—a process that we believe will take nearly three years!

Russell and Balestri and their teams of photo documentation and herbarium voucher staff and volunteers have devoted countless hours to the willow effort. Russell accompanies Dodge as he surveys the Garden’s collections during visits, and records new information as it becomes available. Balestri’s primary role has been to collect herbarium vouchers prepared by volunteers that will be shipped to Dr. Belyaeva early next year. As we near the end of year two, we are still very busy in these winter months as we continue to collect digital images and herbarium vouchers!

While we continue this project over the coming months, we encourage you to visit the Garden and explore our Salix collection. Winter is a great time to explore the wonderful world of willows!

Learn about the ornamental value of Salix, the characteristics of shrub species, and their beauty in the winter landscape in the winter issue of Keep Growing.

Andrew C. Bell, Ph.D., serves as curator of woody plants and is responsible for managing the development of the Garden's tree and shrub collections. Dr. Bell's work includes evaluating and promoting woody plants for sustainable landscapes and studying the effects of climate change on Chicago's urban forest. View all posts by Andrew Bell