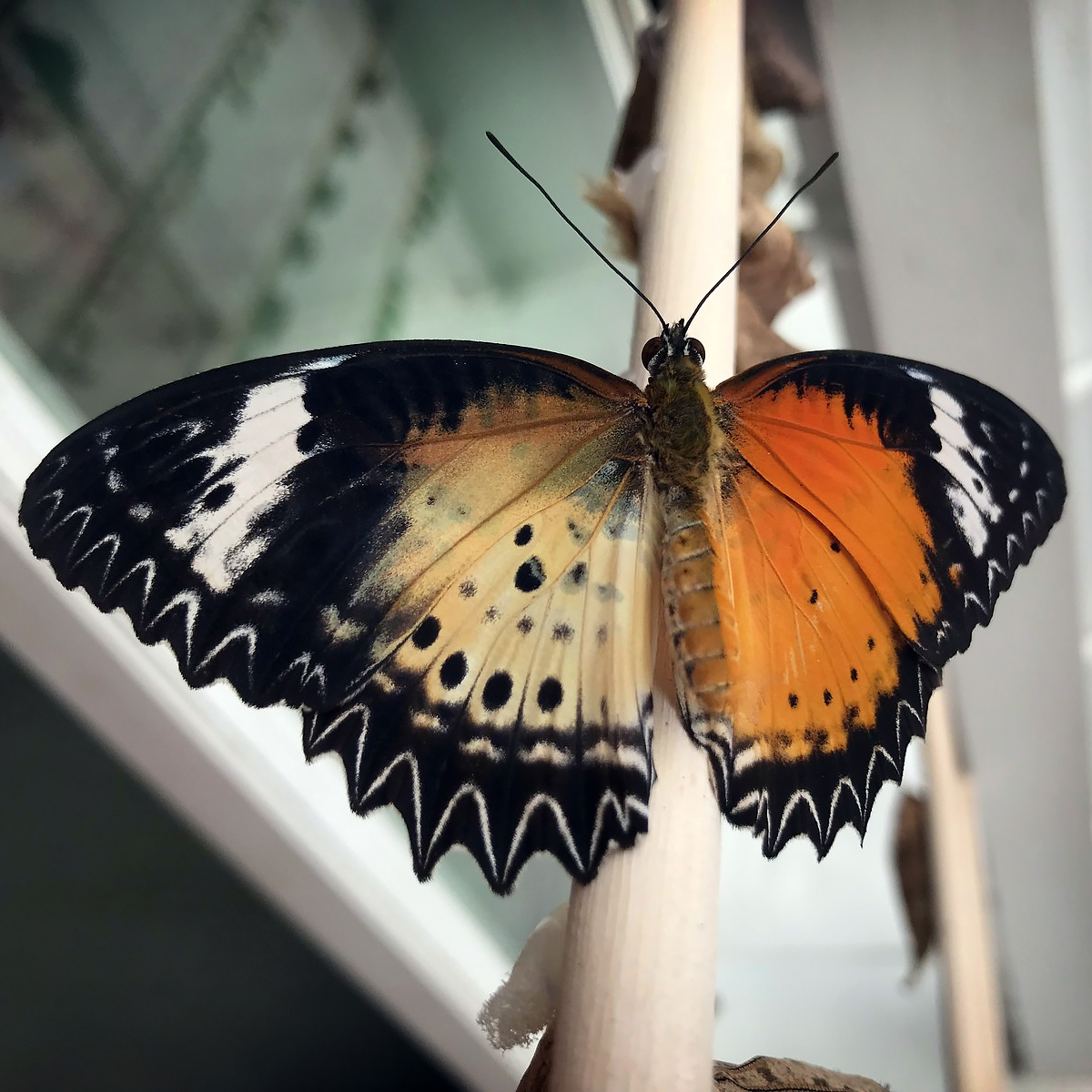 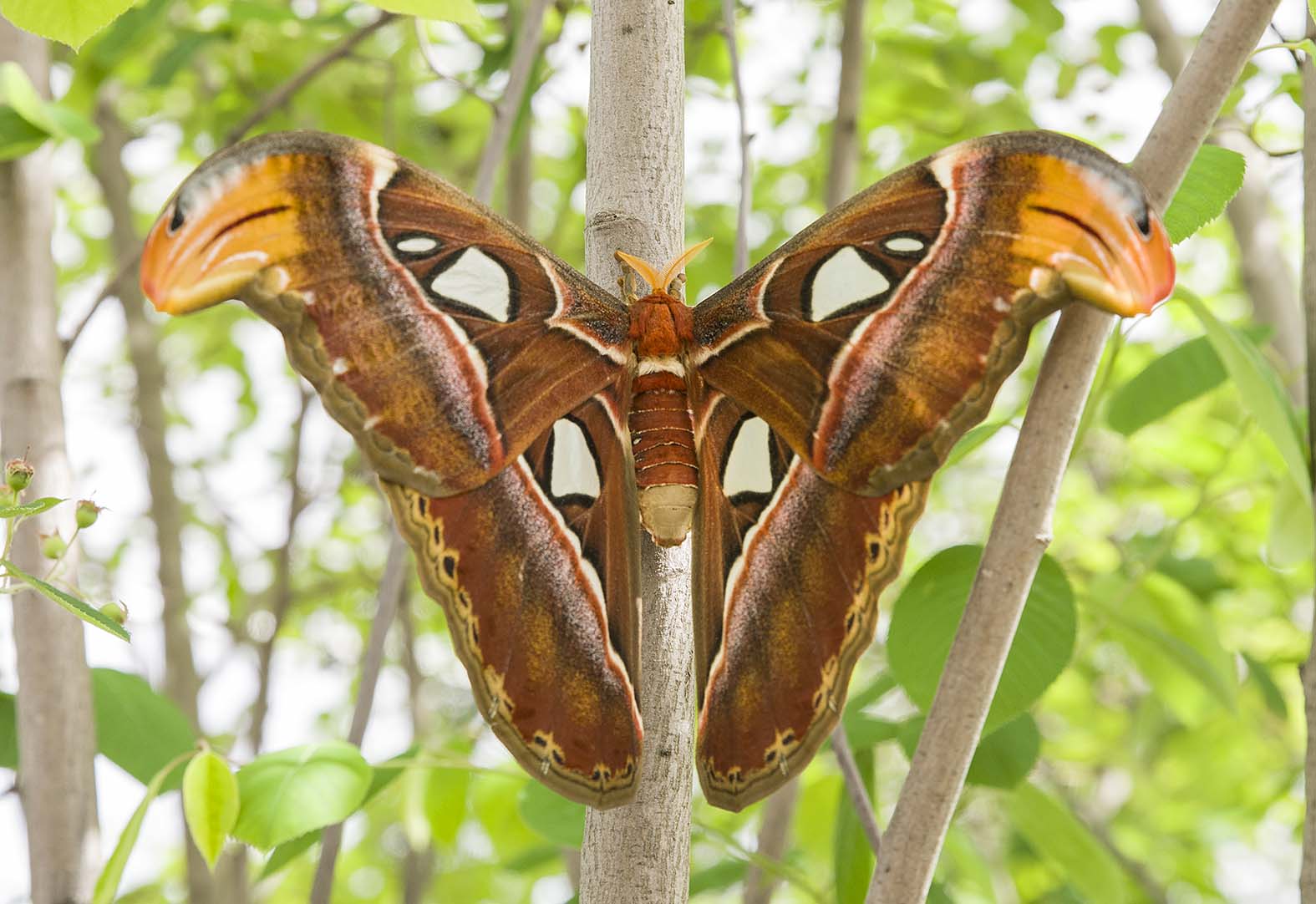 The first moth to emerge in the Butterflies & Blooms exhibition is the Atlas moth (Attacus atlas), which is native to Southeast Asia. The Atlas moth lives for one to two weeks, so its main purpose after emerging from its cocoon is to mate. Most moths do not have functioning mouthparts, and the Atlas will not feed at all. It survives its adult life feeding off stored fat. Though not the largest Lepidoptera in the world (that award goes to the white witch moth [Thysania agrippina]), the Atlas moth comes in second with a recorded wingspan of 262 millimeters. Several other cocoons are still in the pupa emergence room, so if you do not see this moth on your visit, you may be lucky enough to see one on a return visit. We encourage you to visit often, as new butterfly species will be emerging throughout the summer!